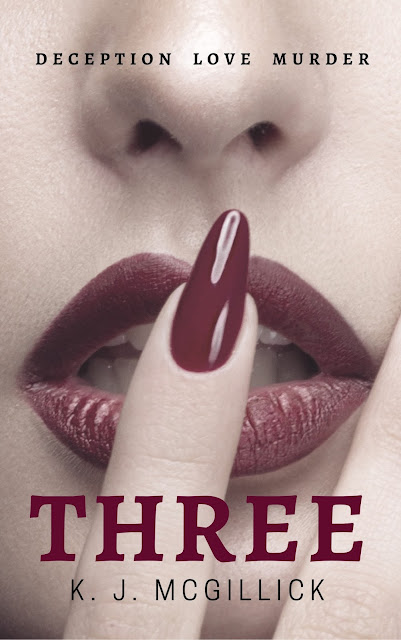 Three is the mystical number.

Consequences not of my making were nipping at my heels. Tick tock

The clock radio delivered the morning news announcing that another terrorist attack had rocked the city of London.

When Emma Collier an art history professor in sleepy Maine wakes to find her lover Jude White has vanished, she discovers evidence of the unimaginable: he is part of the most powerful underground organization of modern times. International money laundering, art forgery, black market organ harvesting, and sex trafficking are the tools he uses to amass his blood money.

Emma’s worst fears are confirmed. Through his deception and betrayal she has been drawn into his duplicitous world. When her body double is found brutally murdered, it leads her to fear she could be marked for death next. Embarking on a frantic hunt against time, Emma and Cillian O’Reilly of the FBI Arts Crime Division follow a trail that snakes across three continents leading them to the final phases of a plan involving mass murder. 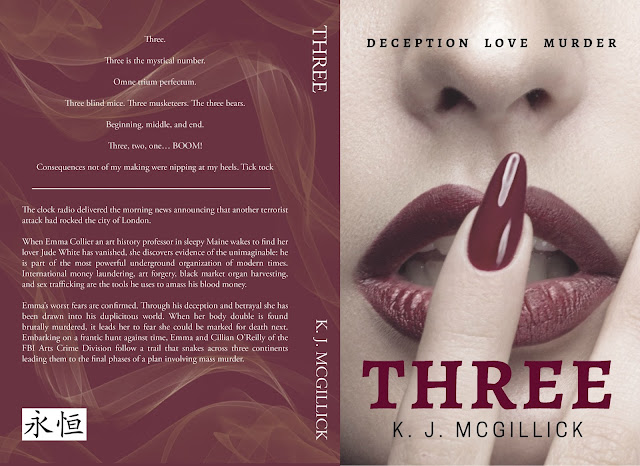 FREE for a very limited time!

K.J. McGillick is an author of psychological thrillers and  calls upon a background in the law, medicine and art to heighten her readers experiences as they enjoy her fast paced novels. An avid traveler and art historian she draws upon her experiences from visiting a multitude of countries and interacting with various cultures to produce page turning thrillers filled with mystery and suspense.

K.J. McGillick is a practicing attorney with a background in nursing so what else should you expect but thrillers filled with legal issues! She lives in Georgia and enjoys spending as much time as possible with family.  Her series A Path of Deception and Betrayal begins with Three: Deception Love Murder to be published in January 2018 and the final installment in April 2018. Art forgery, money laundering and black market organ harvesting are just a few issues that face her characters. She invites you to join the adventure.

a Rafflecopter giveaway
Posted by Give Me Books at 8:17 am