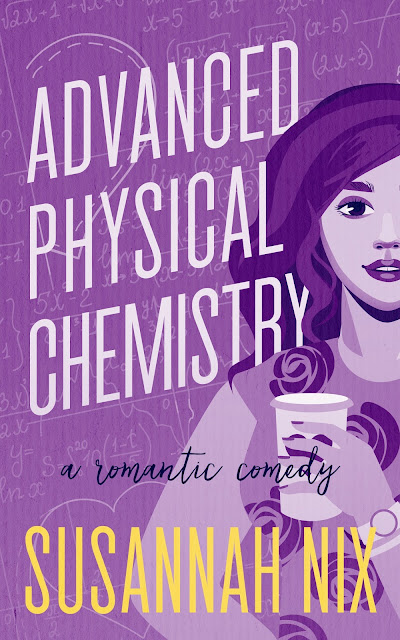 
After four lousy boyfriends in a row, chemical engineer Penny Popplestone swears off men until she can figure out why they keep cheating on her. But her no-men resolution hits a snag when the mysterious and superhumanly hot barista at her favorite coffee shop strikes up a friendship with her.

Penny strives to keep things platonic, but when Caleb gives her the kiss of her life, she realizes he wants to be more than just friends. Tired of always being “good little Penny,” she throws caution to the wind and pursues a no-strings fling with the hottie barista. It’s not like they have anything in common beyond scorching physical chemistry, so what does she have to lose?

Now, this fanfic-reading, plus-size heroine faces an unsolvable problem. What do you do when being apart is unbearable…but being together is impossible?

Advanced Physical Chemistry is the third in a series of standalone rom-coms featuring geeky heroines who work in STEM fields. 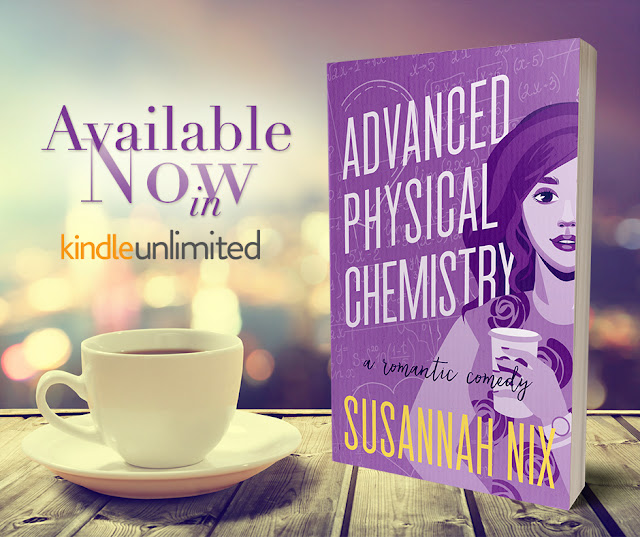 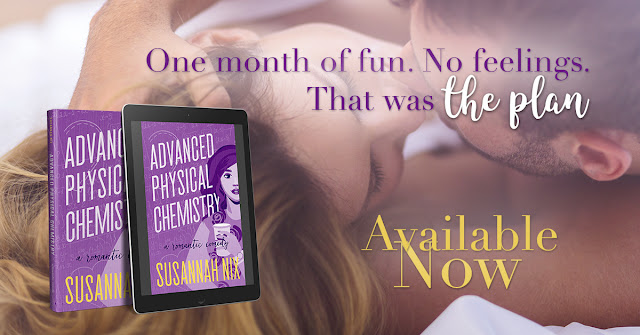 “Can we talk?” Penny tilted her head toward the back. “Privately.” Was it her imagination, or did Caleb’s eyes widen momentarily in fear?

He wiped his hands on a dishtowel and nodded. “Sure.”

She trailed after him down the back hallway, past the restrooms. He halted in front of the office door and turned around to face her. It was quieter back here. The voices of the businessmen had faded to a dull murmur, blending with the white noise hum of the refrigerator case at the end of the hall.

Neither of them spoke. They were standing close enough that she could see the gold in his eyes. As they stared at one another, the memory of the kiss floated in the air between them. Their fevered breaths. The way he’d moaned into her mouth. Penny licked her lips.

“I owe you an apology,” Caleb said.

The words punctured her thin bubble of hope. “I see.”

“Why not?” she heard herself say a little too loudly.

He flinched at the challenge in her tone. “What?”

“Why shouldn’t you have kissed me?”

The bell on the front door jangled, and there was a murmur of voices as more customers came in. Malik was out front. He could handle them.

Caleb shuffled his feet like he was itching to escape. “Um…”

“Do you have a girlfriend?” Penny asked.

He shook his head at the floor. “No, nothing like that.”

She rested her hands on her hips. “Did you not mean to do it? Am I supposed to believe it was some sort of accident? That you tripped and fell onto my face?”

“Because I’m trying to understand why you’d do something like that and then run off and leave me standing there. And why you’re apologizing now for kissing me instead of for running off.”

“I’m sorry for that part too,” he said quietly.

“You’re right, it wasn’t. I’m sorry.” God, he was beautiful when he was being contrite. It made it impossible to think straight.

Penny stared at his collarbone, which was also stupidly attractive, but not quite as distracting as his face. “So why did you do it?”

“Both. Either. Why are you being so weird about all of it?”

“Um.” He shifted his weight, lowering his eyes to the floor. If she hadn’t been standing between him and escape, he might have actually bolted like a horse.

She crossed her arms. “Did you not want to kiss me?”

“No, I…” He trailed off, rubbing his palms on his thighs.

Penny waited. She was prepared to wait all day if that was what it took.

He looked up. “I’ve wanted to kiss you for a long time.”

That stopped her in her tracks. “W—what?”

His eyes looked into hers. “You heard me.”

Something burned in her chest, constricting her voice to a whisper. “But you don’t even like me.”

“That’s not true.” He looked pained.

How long was a long time? Since last summer when he’d started working here? Did that mean—could she have been dating Caleb instead of Kenneth? She tried to picture it. Caleb asking her on a date, taking her out to dinner. Smiling across the table as he tried to charm her, hoping for a goodnight kiss at the end of the evening. She couldn’t even picture the smiling part, much less the rest of it.

She tried to clear her throat and made a choking sound instead. “You acted like you didn’t like me.”

“I was trying to keep my distance.” His expression turned reproachful. “You had a boyfriend.”

“Who was a cheating jerk. Which you could have told me at any time.” If Caleb had ever given her even the slightest hint he was actually interested in her, she would have dropped Kenneth like the flaming bag of dog poop he’d turned out to be.

“I was afraid you’d hate me if I was the one to tell you.”

Unbelievable. Literally, it was impossible to believe this man who’d barely acknowledged her existence had actually been attracted to her all this time. It was inconceivable, and not in the Princess Bride sense of the word.

And yet…he had kissed her. It hadn’t been a half-hearted kiss either. That was a serious kiss he’d given her. Deadly serious.

Penny swallowed. “I don’t have a boyfriend anymore.” 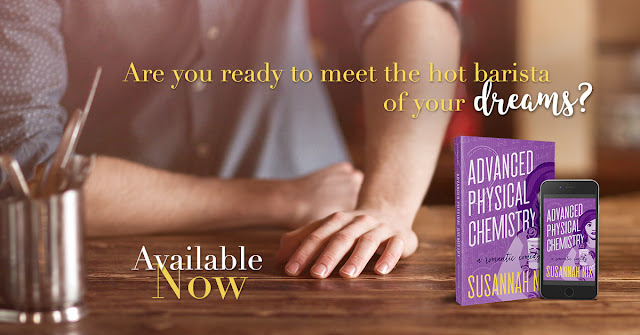 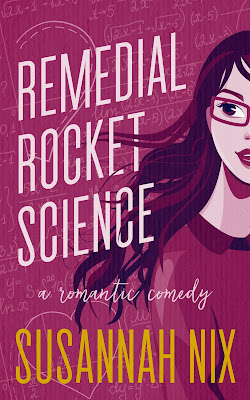 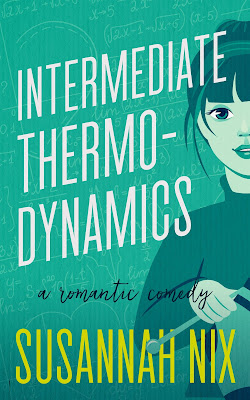 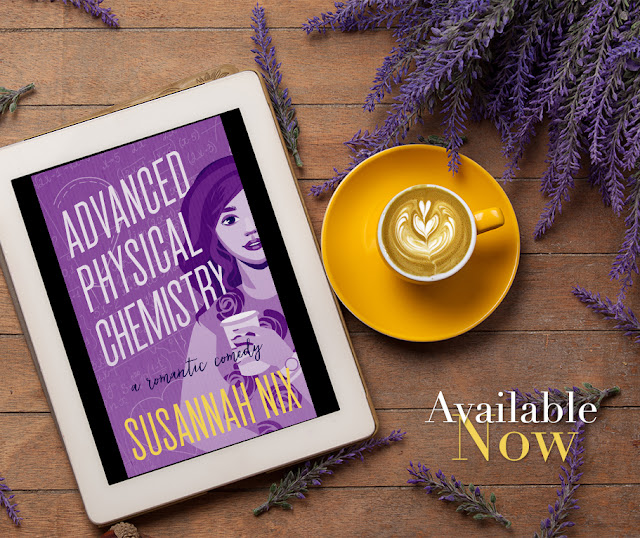 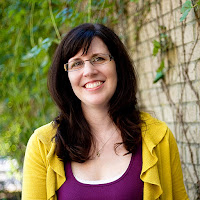 Susannah Nix lives in Texas with her husband, two ornery cats, and a flatulent pit bull. When she’s not writing, she enjoys reading, cooking, knitting, watching stupid amounts of television, and getting distracted by Tumblr. She is also a powerlifter who can deadlift as much as Captain America weighs. 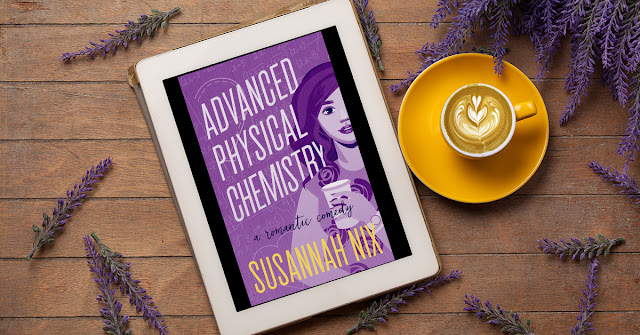