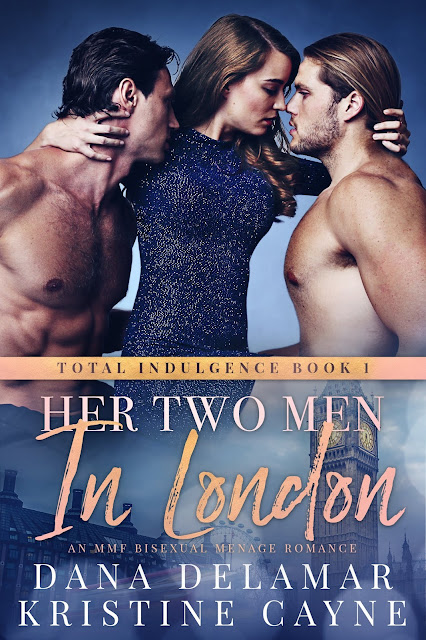 It was only supposed to be a vacation fling during a writers' retreat to England and Scotland. So why does being with him--with them--feel so right?

PAIGE
My work and my daughter are my life. I agreed to a vacation fling with one man--and now there are two! Things are getting far too complicated...

RILEY
I lost hard at the game of love, and now I don't even want to play. I just want to have fun, but there's something about him--and her--that's calling to me...

CARTER
My relationship with my ex-wife gave me PTSD. I've found the man I want--but he wants us to have a girlfriend too. I'm not sure I can do that, even for him...

HER TWO MEN IN LONDON is a 93,000 word full-length standalone romance. Contains scorching hot MM, MF, MFM, and MMF adventures in the Scottish highlands, at an English Regency masked ball, and an 80's rave in London. Guaranteed HEA with no cliffhangers.

Warning: Contains commando kilt wearing, indecent massages, inappropriate "selfies" at the British Museum, and terrible advice that leads to nothing but pleasure. 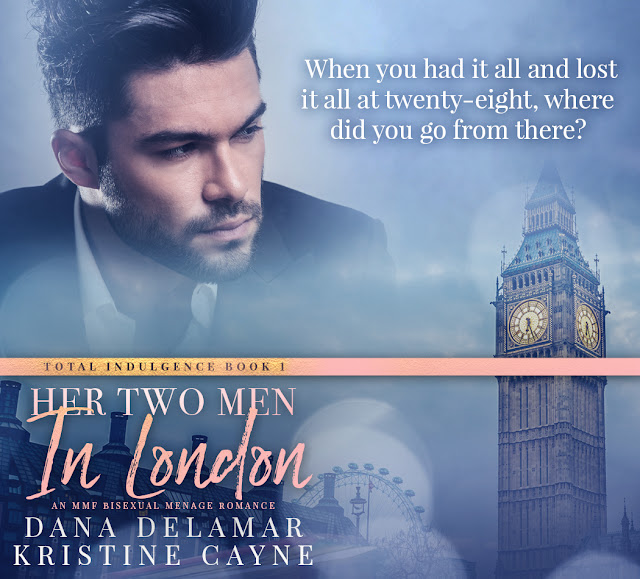 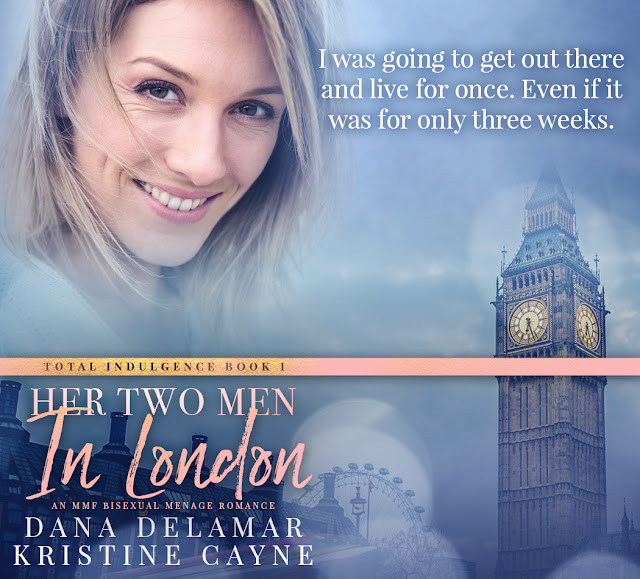 
RILEY
I groaned and locked our lips together, swallowing Carter’s moans. I knew how aroused he got watching me kiss a woman. I knew because seeing him kiss a woman did the same to me.
And that’s what tonight was really about.
With a comical pop, I released Carter’s mouth and patted both their sides. “Now that we’re all warmed up…” I rose to my feet, turning to look at both of them. “It’s your turn.”
Paige’s brow crinkled in a way that was cute as hell. “Our turn to do what?”
“To kiss.” I took a moment to look at her. I hadn’t miscalculated, had I? If seeing Carter and me kiss had turned her off, this whole adventure was a non-starter.
Her cheeks were flushed, her nipples pressed firmly against her blouse, and her beautiful hazel eyes were slightly dilated. I smiled. “You like him, don’t you? You’re attracted to him. I can tell by the…” I let the words hang and ran a hand along my own cheek, teasingly.
She blushed and shot a timid glance in Carter’s direction. Had any woman ever looked more gorgeous and sexy, especially when she was a little embarrassed? This was going to be so much fun, if she allowed it.
Carter’s eyes were fixed on Paige. If her pupils were a little dilated, Carter’s were blown. Our earlier play had something to do with it, but I could tell how much he desired her. I’d seen that look before. Never quite as powerfully because, in all honesty, we’d barely known the women who’d shared our bed.
Paige was different.
As though our minds were running on the same wavelength, Carter took Paige’s hand and peered into her eyes. “I really would like to kiss you, Paige, but only if you want it too.”
She squirmed and looked up at me imploringly, and gave a nervous laugh. “It seems so… I don’t know. Sixth grade spin the bottle?”
I raised a brow in challenge. “Does it matter?”
Stepping between Carter’s outstretched legs, I leaned down and kissed him, a slow and exaggerated French kiss, just the way he loved them, wet with lots of tongue. He retaliated, twining our tongues together with our mouths open wide.
Jesus. I groaned, my cock throbbing against the zipper of my slacks. I was getting too caught up in this. Reluctantly, I pressed our mouths together before slowly backing away. Carter looked wrecked, crazy turned on. He didn’t care that we had an audience—or maybe he was so turned on because of it.
My hands still on his shoulders, I sucked in a deep breath and barely managed to string some words together. “You want to kiss him too,” I said to Paige in a rough voice.
Given her heightened color, the rapid rising and falling of her chest, the pressing together of her thighs, I already knew her answer. Still, I needed her to say it.
She bit her lip. “I-I do.” 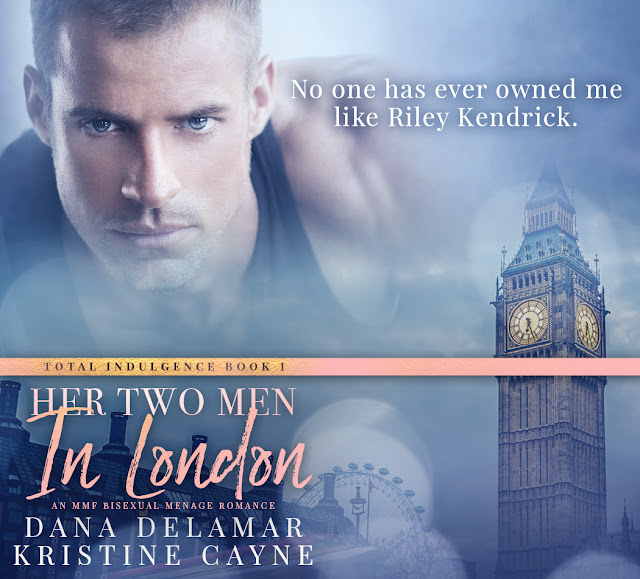 Dana is also an editor with over thirty years of editing experience in both fiction and nonfiction and has worked with everyone from newbie writers to experienced pros. The books she’s edited have won numerous awards and critical acclaim, including two Top Picks from RT Book Reviews. 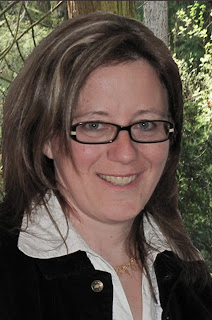 a Rafflecopter giveaway
Posted by Jo Webb at 12:20 pm