Release Blitz - Only the Positive by Elle Thorpe

Reese
I made a mistake that might have ruined someone’s life. I’ve moved to Sydney to avoid the glares and the questions from the people back home, but there’s one thing I can’t run from—the guilt and pain that follows me relentlessly. All I can do is dull it with alcohol and casual sex. But then my new boss, Mr Dark and Delicious, deserted me, mid kiss, with my skirt hiked up and my shirt discarded on the alley floor. I should hate him―him and the secrets he’s keeping. But I can’t stay away. Because the pain and guilt he’s hiding mirror my own.

Low
All she wanted was one night. That, I could do. I’m the king of casual. Love them and leave them, before they leave me. With chemistry off the scale, we couldn’t even make it home, both of us too impatient, ripping each other’s clothes off in the alleyway outside the bar. Then my phone buzzed, and one text message stopped everything. I couldn’t think. Couldn’t breathe. All I could do was run. I’m toxic, but I can’t tell her why. I can’t bear the look of horror I know would cross her face. But I also don’t know how to keep something so life altering from the woman I’m falling for. Not when I need her just to survive it. 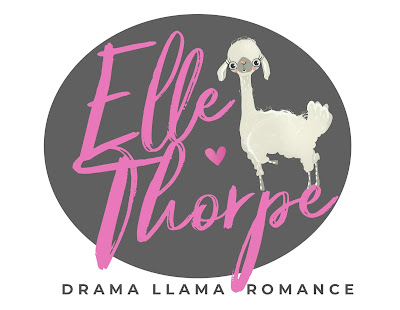 Elle Thorpe lives on the sunny east coast of Australia, about an hour out of Sydney. When she's not writing stories full of kissing and chemistry, she's a wife, and mummy to three tiny humans. She's also official ball thrower to one slobbery dog named Rollo. Yes, she named a female dog after a male character on Vikings. Don't judge her. Elle is a complete and utter fangirl at heart, obsessing over The Walking Dead and Outlander to an unhealthy degree. But she wouldn't change a thing. 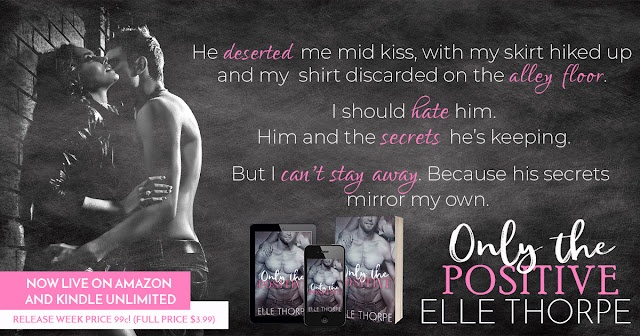 Email ThisBlogThis!Share to TwitterShare to FacebookShare to Pinterest
Labels: Elle Thorpe, Giveaway, Only the Positive, Only You series, Release Blitz