Release Blitz - Love Over Logic by Diana A. Hicks


Attorney, Emilia Prado has been living in hiding, ever since the local cartel killed her dad and left her and her mom for dead. But when her long lost cousin needs help leaving her drug lord husband, Emilia knows her time for justice has come.

Hot shot lawyer, Dom Moretti never met a case he couldn’t win. Each win puts distance between him and an old life he wants to forget. But when Emilia, a crush from law school, asks for his help, the life he worked so hard for hangs in the balance.

Out to even the score, Emilia is ready to enact revenge on her father’s killer. But will she risk losing Dom to a side of himself he thought was dead and buried?


“Dammit, Emilia. Of course, my offer still stands.”
I closed my eyes for a moment, a smile pulling at my lips before I let go of his hand. “First things first. How are we going to get past the Dragon Lady?”
He chuckled. A sexy sound that reminded me Dom Moretti was in my room—and we were alone. “Your mom? She seems like a sweet woman.”
“Yeah, until you say no to her.” When it came to the cartel, Mom didn’t fool around. She’d seen firsthand what they could do and how fast. No way in hell she was letting me stay in Phoenix another night, but I had to. After all this time, I finally had a chance to go after the asshole who killed my dad.
“Why are we saying no to your mom?” He sat on the bed, toying with the small flower vase on my nightstand. Nervous energy.
“Because I’m not going with her.”
“Yes, you are. What part of there’s a hit on you do I need to explain again? You’re leaving with your mom. Tonight.”
“You said you were going to help me.”
“And that’s exactly what I’m doing. I’ll allow you a continuance. Thirty days should be plenty of time for me to find out who Levi is. If he is what you say, I’ll nail his ass to the wall. I promise you that.”
He sounded so convincing. If he hadn’t used his lawyer voice, I would’ve believed him. Dom didn’t understand who my cousin’s husband was. He wasn’t just another crook. I kneaded the numb spot below my hip bone where his bullet went through me the day he killed Dad. The scar he’d left behind was an IOU. And it was time he paid.
“You know that’s not what I need from you.” I threw a pair of jeans in the suitcase, which took up half the bed.
“You’re wasting time.” He adjusted his weight on the mattress, moved a few decorative pillows out of the way, and then froze. Oh, shit. “What is this?” The infuriating smirk on his face said he knew exactly what was in the small lingerie bag he pulled out from under my pillow. Why didn’t I hide it better? Oh, yeah, because never in a million years did I think Dom would end up in my room. “Wait. Don’t answer that. What I really want to know is why is my name on it?”
“It was a joke.”
“How long have you had this joke?” He pressed his lips together, his chest bouncing a little. It was all he could do not to burst out laughing.
“Your inflated ego must be loving this, but trust me, it’s not what you think.” I resumed the task of folding my clothes and arranging them in my luggage. Maybe if I pretended having a dildo with his name on it wasn’t a big deal, he’d let it go.
“There’s a vibrator under your pillow with my name on it. You betcha my ego is loving this.” He bit the inside of his lip, gripping the contents of the bag. Why was this turning me on? He planted his feet on the carpet and stood, taking his time. His prowl was a promise that the real Dom would be a thousand times better than the chargeable device in his hand. “You want me. Why do you push me away?”
He pressed his chest against the side of my arm. I couldn’t turn to face him. If I did, we’d end up doing what we had started last night at the bar.
“I’ve spent the last ten years in hiding because of what my dad did for a living. You saw today what Jess is going through with her husband. I don’t want that for myself.”
“I am not like them.” His tone was terse and cold. “But you’re right. You have your hands full as it is. I have no right to spring my bullshit on you. So here’s what we’re gonna—”
Shouts came from the other side of the house. They were faint, but they unmistakably belonged to Jess. “My cousin is here.”
“Time’s up.” He moved so fast around the room, I felt like I was going in slow motion. I dropped the bathroom essentials into a toiletry bag while Dom stuffed the rest of my clothes in the suitcase and squeezed it shut. 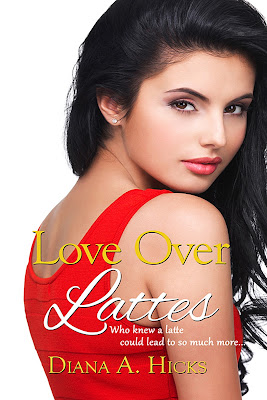 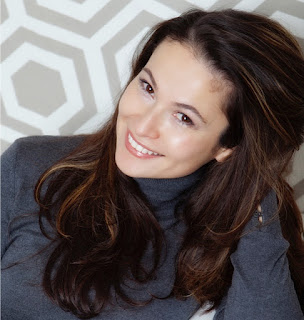 Diana A. Hicks is an award-winning author of steamy contemporary romance and science fiction. Her latest release LOVE OVER LATTES, Book 1 in her Desert Monsoon Series, was shortlisted for the 2018 Chatelaine Book Awards!!!

When Diana is not writing, she enjoys kickboxing, traveling, and indulging in the simple joys of life like wine and chocolate. She lives in Atlanta and loves spending time with her two children and husband.