A marriage of convenience is their second chance at love.

Celeste
With debt threatening to bury me, I have no choice but to fall back on my mother’s lessons and marry a man for money. I’ve got an in with the wealthiest bachelor in town, but I have to go through his Chief of Staff, Kai, before I can even meet the Nilsson heir. Which sucks, because a long time ago Kai promised to run away with me, then left me at the train station with no word. I’m still not over it.

Kai
To my friends, I’m Kai. To the world at large, I’m Bobby Nilsson, mysterious and reclusive heir to the Nilsson fortune. I inherit my parents’ money at the end of the year under a single condition: A wife. There’s only one woman who might be able to convince the world she loves me. The only problem? Celeste doesn’t know that Kai and Nilsson are one and the same. Not to mention she hates me. What's a billionaire heir to do? 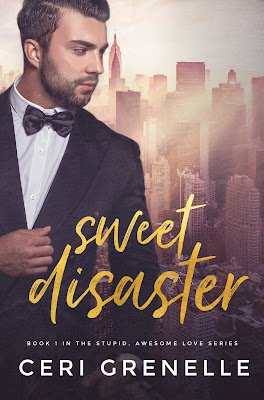 Ceri is the author of quirky and sexy contemporary romance novels. She has a major weakness for sappy cuddle moments as much as hot and steamy sex scenes, and a penchant for writing snappy and sarcastic dialogue. She loves romance that isn't afraid to be awkward and uncouth, and thrives on flawed characters with big hearts.

A New York native, Ceri now lives in California with her two cats, Mercy and Eugene Fitzherbert, who should be very thankful she didn't name him frying pan. She is a proud functioning introvert and lover of all things geeky. You can find her haunting the Twitter machine or posting pictures of her ridiculous cats on Instagram.

a Rafflecopter giveaway
Posted by Jo Webb at 12:15 pm