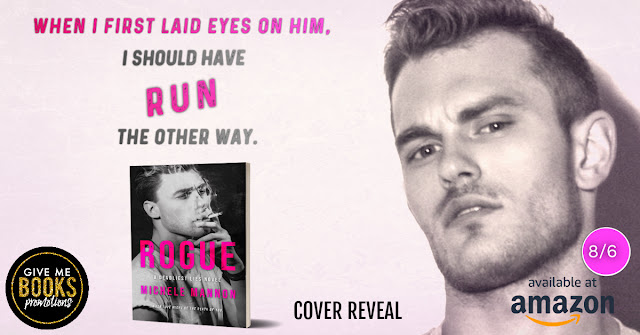 
When I first laid eyes on him, I should have run the other way.

Trouble was written all over him, from the confident swagger in his stride and seductive curl of his lips, to his smug, knowing looks. Jaxson was irresistible . . .and I fell hard.

Then he was killed.

Now the ruthless, unforgiving boss of an underworld organization thinks I did it.

I’ve gone rogue, hell-bent on both revenge and redemption. Whatever it takes, I'm going to finish a job that began nine months ago. An unauthorized assignment that turned horribly, devastatingly wrong. My miscalculation. My fault. My heart left shattered into incomplete pieces which will never wholly fit back together again.

But first I have to outsmart the hired killer they've sent after me; a killer who knows my every move, who’s been inside my head, who owns my heart.

I'm the traitor, Kylie. The rogue mercenary. His newest assignment.

And this is our love story.

*Rogue was previously released by St. Martin's Press. This edition has been updated and revised.*

Michele Mannon has been writing romance since her first publication in 2012. A multiple recipient of Romantic Times Magazine’s prestigious TOP PICKS distinction, Michele’s books always pack a punch, leaving readers laughing out loud, or swooning and biting their fingernails at all the appropriate times.

To date, she’s written contemporary sports and spicy, enemies-to-lovers romances with a heavy dose of suspense. Her books have been sold in print, digitally, and on Audible.

Michele lives on a mountain overlooking the Delaware River, where she can be found with a glass of Riesling in her hand and a laptop on her lap. Find her online at: http://www.michelemannon.com