Review - Beyond the Consequences by Aleatha Romig 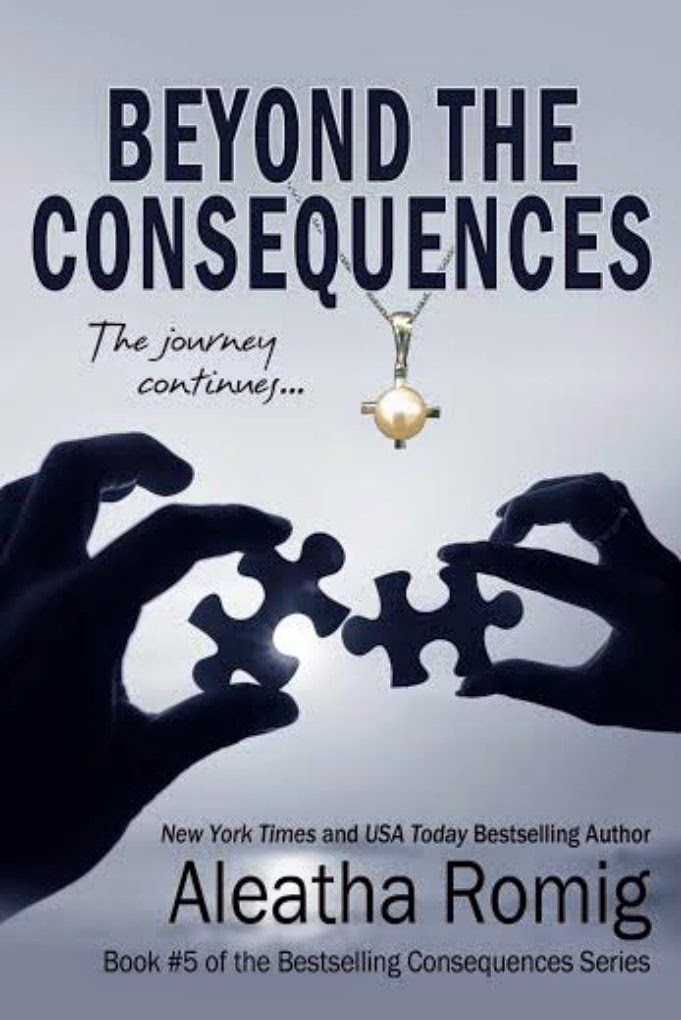 As the pieces of their puzzle come together, Anthony and Claire Rawlings continue to defy the odds. Together they overcame an incomprehensible beginning. Apart they endured unimaginable heartache. Reunited with family and friends, their journey continues as they navigate a dangerous world where secrets threaten to destroy what they hold the most dear.

Tony and Claire turn up the heat as sparks fly, passion rages, and love prevails. With only a dark glance or devilish grin, the fire that sparked in an isolated suite, continues to burn. Though no longer willing to be less than Tony’s equal in life, behind closed doors only one man makes the rules.

The safety of the Rawlings family is not debatable, and only Phillip Roach can assure that they are not disappointed. Learn how he leads old friends and new associates through the dangerous world of delusion and revenge. The choices he makes for both the family and his personal life will have consequences.

Theirs was a long, complicated story with a monster and a knight. What made their story unique was that these two players were the same person. — Aleatha Romig, Convicted

Ahhh. Diving back in to Tony and Claire feels like a sick twisted homecoming of sorts. Like most people, I have a love/hate relationship with these two. You want to slap 'em, then they kind of grow on you, then you have to shake your head and say, "no, I am falling for the mind screwing trap!" Andddd then you end up loving them again anyway. These two have been on QUITE a journey and this book was just more drama for ya mama.

"Their paths had taken them on some dark journeys and somehow they found their way back together."

And I have loved every word of it.

Aleatha's writing is very descriptive and easily paints pictures in my mind of people and places. She is the first author that had me immediately calling my best friend after reading the first book in this series, because of its absolutely mind boggling ending.

The closer I got to the end of this story, the more tears were shed. Tony as a father is amazingly adorable. If I was ever in the same room with him I would give him a big ole hug, after I slapped him around a little (see: Consequences 1, 2 and 3).

Without giving anything away, this latest installment in the Rawling's saga, has just as many twists and surprises as the others. Well worth diving back into this series.

And it has Phil. Everyone loves Phil. *Sigh* 5 (demanding) stars from me 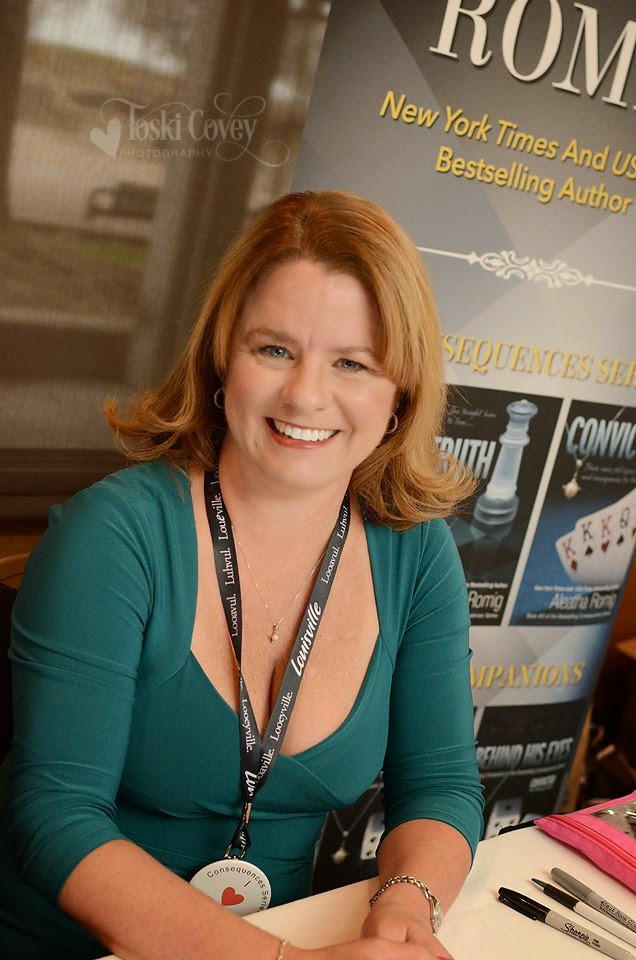 Aleatha Romig is a New York Times and USA Today bestselling author, who has been voted #1 "New Author to Read" on Goodreads, July 2012 - Present!

Aleatha has lived most of her life in Indiana, growing-up in Mishawaka, graduating from Indiana University, and currently living south of Indianapolis. Together with her high-school sweetheart and husband of twenty seven years, they've raised three children. Before she became a full-time author, she worked days as a dental hygienist and spent her nights writing. Now, when she’s not imagining mind-blowing twists and turns, she likes to spend her time with her family and friends. Her pastimes include exercising, reading, and creating heroes/ anti-heroes who haunt your dreams!

Aleatha enjoys traveling, especially when there is a beach involved. In 2011 she had the opportunity to visit Sydney, Australia to visit her daughter studying at the University of Wollongong. Her dream is to travel to places in her novels and around the world.

CONSEQUENCES, her first novel, was released August 2011 by Xlibris Publishing. Then in October of 2012, Ms. Romig re-released CONSEQUENCES as an indie author. TRUTH, the sequel, was released October 30, 2012, and CONVICTED, the third in the series, was released October 8, 2013. Unexpectedly, the fourth book of the Consequences series came to life with Behind His Eyes Convicted: THE MISSING YEARS. It is the fourth full-length novel in the series. It explores the missing years in Convicted that previously were only mentioned as well as a complete character glossary and timeline. THE MISSING YEARS will be released May 20, 2014.

Aleatha also wrote reading companions for the Consequences Series. BEHIND HIS EYES CONSEQUENCES (Book 1.5) and BEHIND HIS EYES TRUTH (Book 2.5) are currently available for those time and scenes when the readers asked, “What was he thinking?” These companions also contain never before behind the scenes scenes.

Aleatha is a “Published Author’s Network” member of the Romance Writers of America and represented by Danielle Egan-Miller of Brown and Miller Literary Associates.