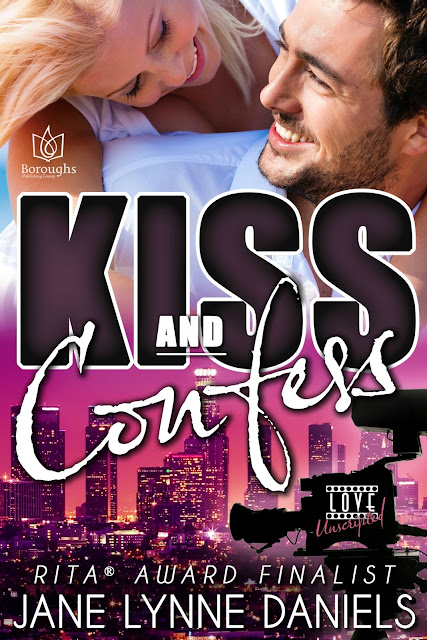 As a new addition to the TV reality show "Make Me a Match," Charley Stephens is about to meet the love of her life—offscreen.

Saying Charley Stephens has had bad luck with men would be an understatement, but as a new contestant on “Make Me a Match,” things are looking up. The reality show has personality experts and a special computer matching program, so Mr. Right must be waiting on sound stage number six. Except, if there were a script it’d be out the window. Standing in front of her is Luke Dean, the very man who broke her heart.

Doing the wrong thing for the right reason cost TV producer Luke Dean the love of his life. Now, here she is again, a contestant on his new show. Yet, three couples competing for big prize money, trying to best each other at challenges ranging from an L.A. treasure hunt to sidewalk singing…nothing could be as dramatic as the choice in front of him. He must decide to keep his distance from Charley or go for broke—literally. If he jeopardizes the show, he’ll lose his career. If he wins her love, it’d be better even than a Hollywood happy ending.

Charley’s nervous energy shimmied from her escalating heartbeat to her pedicured toes. Los Angeles. She couldn’t believe she was actually here. Chosen to be a contestant on a show that promised to find her perfect match.

She’d already done a pretty great job of finding the imperfect and even disastrous matches. Things could only go up from here.

People rushed by moving to and from the gates as she followed the signs to baggage claim. An airline employee steering a wheelchair nearly clipped her foot and then glared at Charley as if it were her fault. She gave him an apologetic smile, her Disney princess mood firmly in place. If she’d had a wand, she would have smacked him with sparkles.

She stepped off the escalator, unsure which way to turn. Everyone else seemed to know, so she joined a pack moving at a steady speed. She spotted a monitor on a wall and on her way to it, stopped to take in the sunshine and blue skies streaming through glass doors. People from Seattle didn’t take that kind of weather lightly, particularly in April.

The monitor displayed her flight and its assigned carousel. She checked the numbers and headed toward her carousel, which had already begun its slow turn. After only a couple of minutes, she saw her pink bag bumping and thumping its way from the conveyer belt to the metal slats to begin its circular journey.

“Excuse me,” she said as she made her way through other impatient travelers. “Sorry. Just have to get my bag. Thank you.” She thrust her arm out and pulled the bag off with an unintended oof. She set it on the floor and flexed her fingers. As usual, she’d over packed to accommodate for changing weather and all other possible scenarios. Charley was nothing if not a planner.

She was busy trying to coax the bag’s handle to cooperate when she heard a quiet “Hi, Charley” close to her ear. Surprised, she looked up and locked eyes with a tall, lean man. The man whose face was etched in her heart’s memory.

“Luke,” she breathed. She’d have recognized him anywhere.

He held her gaze and nodded. “Been a long time.”

Charley took a shaky step back. His voice still had the huskiness that caused goose bumps to tango up her arms while the rest of her body readied itself for another kind of tango. And, wow. His eyes still held the same burning intensity that stole her breath.

Her stomach clenched tight and her knees sagged at the sight of his adorably crooked nose and the dark curly hair he still hadn’t bothered to tame. She hadn’t thought she’d see him again. And now that he stood before her, she could barely think, let alone talk. “How—how are you?” she managed.

He was calm. She was stuck in a spin cycle of emotion and he was calm. She shook her head and dizziness overtook her. She clutched at her bag for support. Luke. Here. He caught her arm, holding her steady. 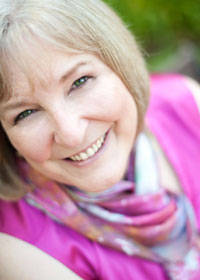 Jane Lynne Daniels grew up a city girl, only to meet the love of her life at the annual Volunteer Fireman's Ball in tiny Grass Valley, Oregon. A few years ago, she and her husband, and their dogs, moved from the Pacific Northwest to Ohio, where they miss the rain and ocean, but love the change in seasons. Jane is doing her best to adopt a Midwest accent, but since people look at her funny when she tries, it probably isn’t working.