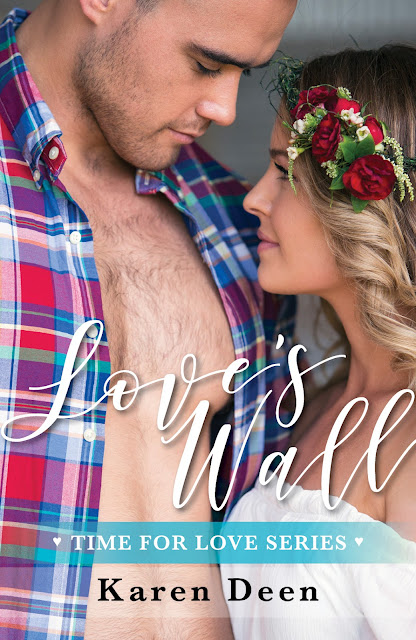 Falling in love can be so easy - but is it always the right thing to happen in your life? Everyone has a history but, for some, that history makes them believe they aren’t worthy of love.

Life sends us the right person at the right time. You just have to be ready to accept them.
When his last relationship ended and shattered his dreams for the future, Zach moved forward carving out a life on his farm. He built a wall around his heart so he’d never be hurt again.
Family is everything for him. Working in the family-owned building company, life was simple and happy. Yet something - or someone - was missing from that life. Zach didn’t know it, but things were about to change. His wall was about to be tested and love was going to challenge everything he has strived to protect. Will it crumble enough for him to accept his one?

Just when you least expect it, there is that one moment that changes everything.
Being a single Mom, every day is a challenge for Emily. Her life has become a series of relentless hurdles. She decided a long time ago that love was on hold until her children were old enough to support themselves.
Life has toughened Emily. She’s created a wall around her little family to protect them - and her heart. Never again would she allow it to be taken and abused by someone else. Pushing hard to survive the latest blow, Zach walks into her life and turns it upside down. Seeing Emily at her lowest, Zach wants to rescue her. Can she let her pride slip enough to allow her wall to crumble and open up to him? If she finally shares her world, will Zach still look at her the same? Should she put it all aside so she doesn’t miss her one?

Can love erase the history that has made their walls so thick and high? Even if they both know they’ve found the one, can they demolish their walls enough to make the leap? 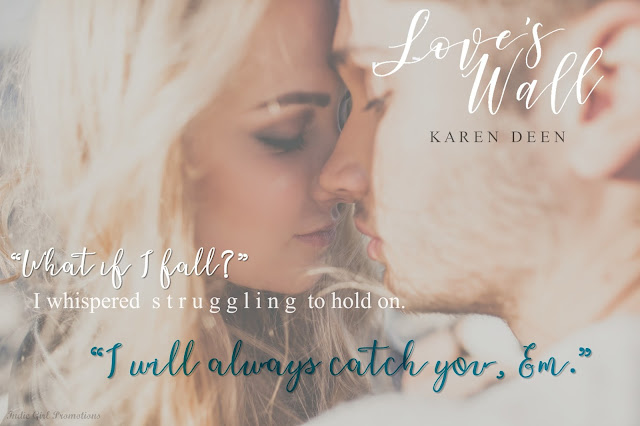 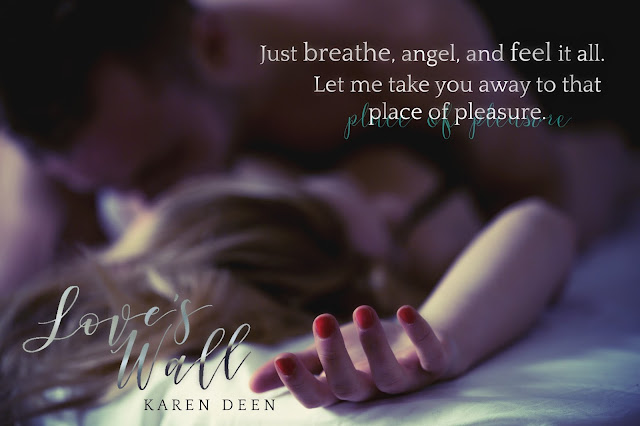 Karen Deen has been a lover of romance novels and happily-ever-after stories for as long as she can remember. Reaching a point in her life where she wanted to explore her own dreams, Karen decided now was the time to finally write some of her own stories. For years, all of her characters have been forming story lines in her head, just waiting for the right time to bust free.

In 2016, Karen put pen to paper for the first time, with Zach and Emily being the first characters fighting to have their story written.  From that first word, she hasn’t been able to stop. Publishing Love’s Wall (her first novel in the Time to Love Series) in 2017 has ignited her passion to continue writing and bring more of her characters to life.

Karen is married to her loving husband and high school sweetheart. Together, they live the crazy life of parents to three children. She is balancing her life between a career as an accountant by day and writer of romance novels by night. Living in the beautiful coastal town of Kiama, Australia, Karen loves to enjoy time with her family and friends in her beautiful surroundings. 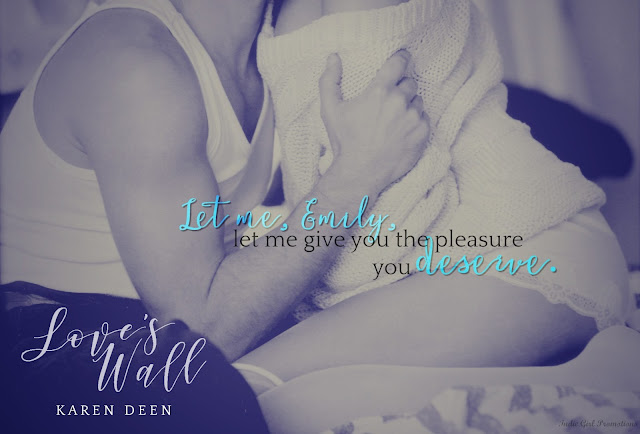 a Rafflecopter giveaway
Posted by Give Me Books at 12:58 pm