Cover Reveal - Where the Devil Hides by Soraya Naomi

After I met Jackson Bale, I never forgot the commanding man who was so devastatingly handsome yet equally vicious. Even though he doesn’t remember me at all, that one chance encounter changed my life.

However, when I make one mistake, he cages me. I’m dragged into the illicit underworld of Noir, where ruthless Jackson reigns supreme. Where he tries to break me.

Jackson thrives on playing sensual games with his opponents. On being in control.    And he terrifies me, even as he draws me in.
Until I discover that there are secrets inside Noir that will crumble the foundation of his empire.
The same secrets that will save me.

What starts as a kidnapping gone wrong turns into a sordid love affair that may destroy our lives forever. 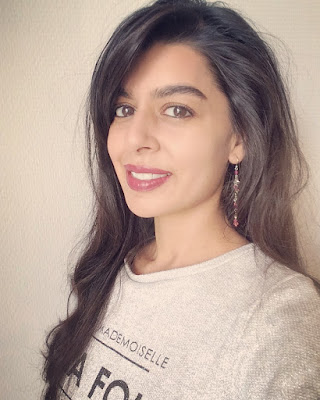 Soraya Naomi's writes love stories with a sinfully seductive blend of lust, deceit, lies & men who love hard and at all costs.