He was the man who destroyed me. The monster who left me in pieces over a decade ago.
I swore I’d never speak to him again, that I’d never set eyes on him again as long as I lived.
But I was wrong.
When life gets too much and you need to escape, the poison that might kill you becomes oh so tempting.

I craved his perverted ways, his smirk, his laughter as he pushed my body way past its limits.
I needed a release from the crazy. Just once.
Just one night. That’s what I told myself.
No strings, no illusions, no promises. Nothing but the lasting thrill of his flesh on mine.
The lasting hit of his poisonous touch.
But when poison runs through your veins, the way he runs through mine, it’s toxic and eats you alive.

This much passion always comes at a price... 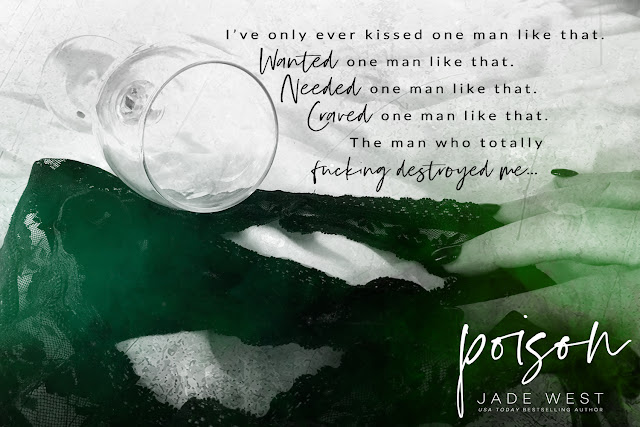 His mouth was fierce. Hers was hungry. Their breaths were ragged, bodies grinding. Their tongues were conquering, submissive, battling and loving, all at once.

But it wasn’t about the man next to her. I’d barely even noticed what he looked like. He was a hot guy in a suit, sure. But that wasn’t it.

The man who totally fucking destroyed me… and it wasn’t the man whose engagement ring was on my finger. 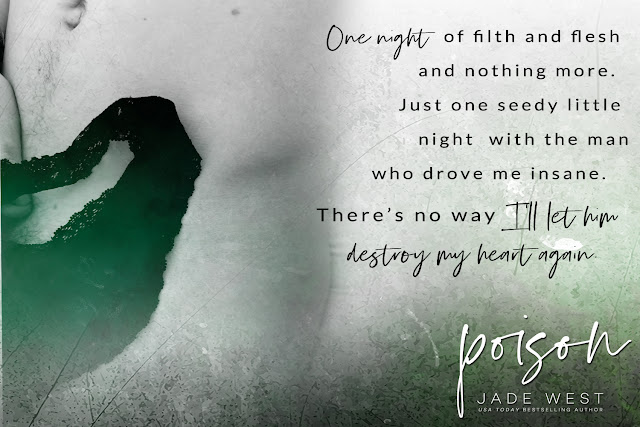 Jade has increasingly little to say about herself as time goes on, other than the fact she is an author, but she's plenty happy with this. Living in imaginary realities and having a legitimate excuse for it is really all she's ever wanted.
Jade is as dirty as you'd expect from her novels, and talking smut makes her smile