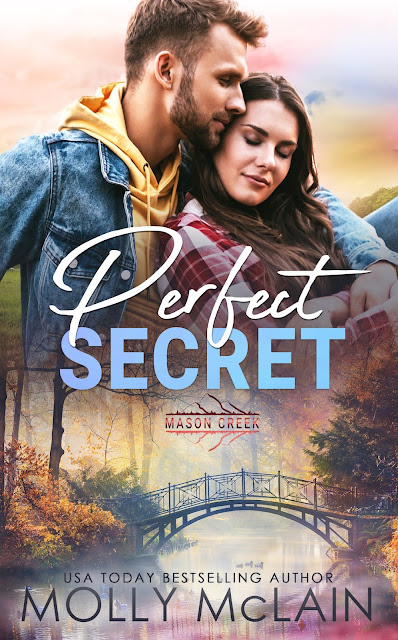 A fake relationship with a sexy cowboy in a small town is never a good idea...
-Alana-
After high school, my plan was to leave the small town of Mason Creek and never look back. I thought I’d work my way through college while my long-time, bull rider boyfriend chased his rodeo dreams and took me along for the ride.
My own dreams of becoming his publicist and living the high life together on the ABR circuit were crushed when it became clear that my eight seconds was up. The buckle bunnies were suddenly more appealing than the girl with her nose buried in the books.
I’ve sworn off men, especially cowboys and bull riders.
That is, until I walk in on one in my shower, naked, wet, and built like he could break my heart… and my bed.
-Holden-
The rodeo has been my whole world, and all it took was one false accusation to bring it crumbling down. I cleared my name, but the organization I’ve given my life and my body to for the past seven years doesn’t give a damn. They don’t want the drama and right now they don’t want me.
That’s how I ended up in Mason Creek, hiding from the cameras while the dust settles and I can reclaim my reputation and my rank in the ABR. The last thing I need is to get messed up with a local girl, especially one who hates cowboys—bull riders in particular.
Our relationship may be just for show, but I see the opportunity for what it is… The chance to keep my secret a little longer and prove to Alana that maybe her problem with bull riders is simple…
She hasn’t ridden the right one yet. 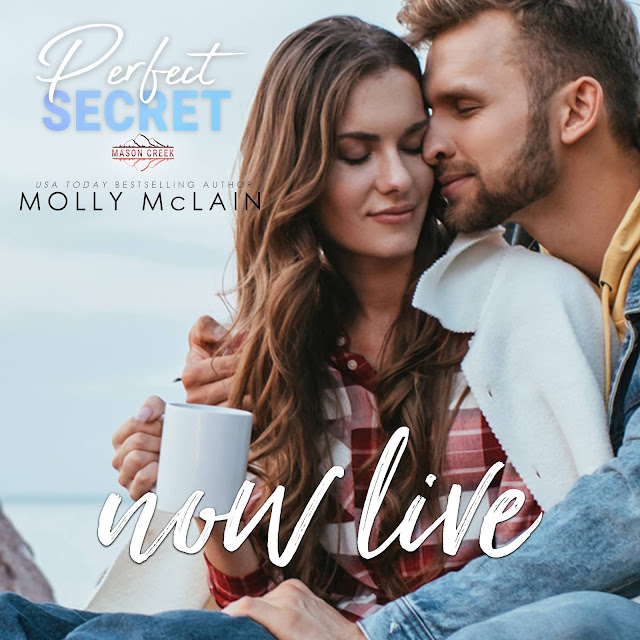 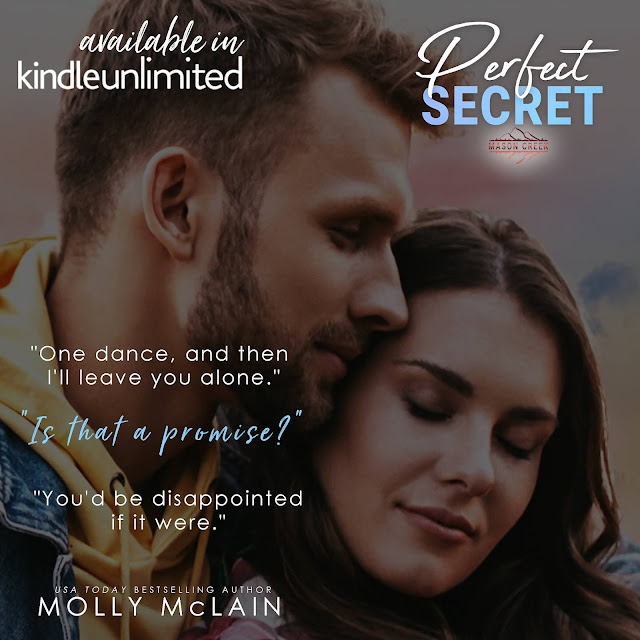 EXCERPT
“Why haven’t you danced yet tonight?” he asks quietly, his breath warm against my forehead. “I know you’ve wanted to.”
“Oh, really?” I flick a glance up at him and he smirks.
“We’ve already established that I pay attention.”
And I hate that he’s so good at it. “Then you should know you’re the first and only person to ask me to dance, so…”
“Not for lack of interest, I’ll tell you that much.”
I frown. “Excuse me?”
He gives a soft laugh and shakes his head. “You’ve had the attention of a lot of guys here tonight.”
I half snort, half scoff. “Oh, please.”
“I’m serious,” he asserts, jutting his chin and sweeping his gaze across the crowd. “At least three of these guys tried to approach you, but for some reason, they’d get within a foot or two and chicken out.”
“You’re so full of shit.” And frankly, this is embarrassing.
“I’m not kidding, Alana.” His brows lift as he stares down at me. “Do you honestly not know?”
“Know what?”
“How fucking gorgeous you are.” The words roll so easily and confidently off of his tongue that it takes a second for them to fully register. And then I blush. “You don’t, do you?”
“Holden, if you’re trying to get into my pants, you should know—”
“That you’re the Ice Princess, right?” He gives a husky laugh as if he’s figured it all out. “I thought you were being dramatic, but that’s it, isn’t it? You’ve shut them all down so many times that they’re afraid to try again.”
“Who’s being dramatic now?” I roll my eyes and try to look anywhere but at him. Also, if Tucker could just sing the song a little faster, that’d be great, too.
Holden chuckles again and I feel the low reverberation radiate from his chest to mine. “Damn, girl. I guess I’m the luckiest guy in here tonight then, huh?”
Before I can tell him I can also make him the unluckiest, he twists my hand and pushes me away from him, twirling me out into the crowd and then promptly pulling me back. Our bodies collide and all the air from my lungs swooshes out across his face, because he’s. Right. There.
“I’m onto you, darlin’,” he rasps, his breath mingling with mine as his gaze lowers to my parted lips. “They’re all watching us now. If you walk away and leave me standing here like a fool, you’ll only confirm your reputation and I don’t think that’s what you want, is it?”
He has no idea what he’s talking about. They don’t ask me out because I’m Cory’s ex and Aiden’s little sister. No one wants to piss off the town celebrity or the chief deputy sheriff.
Holden smiles almost sympathetically before he lowers his head and brings his mouth so close to my ear that his lips brush my skin. “Maybe I can help you,” he whispers and something about the featherlike caress of his mouth and just him in general has goose bumps rising everywhere.
“H-help me?” I stammer, my eyes fluttering shut as my hand balls in the fabric of his T-shirt at the small of his back.
“Uh huh.” He nuzzles close and the second the stubble on his jaw abrades my neck, I’m a goner. “Let’s make ‘em think you’re into me. Show them the ice is melting.”
Ice? What ice? All I feel is heat. So. Damn. Much. Heat. 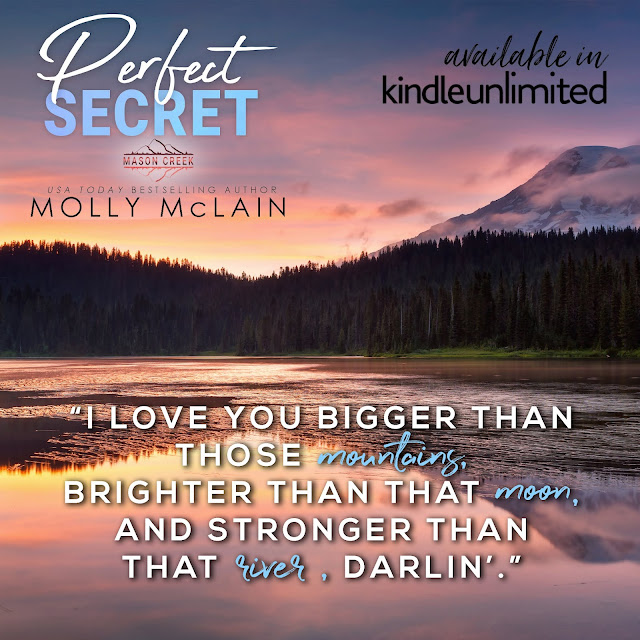 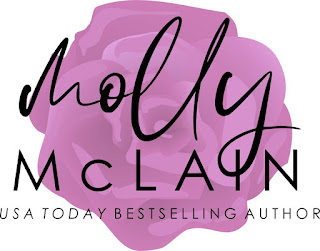 Molly McLain lives in a tiny Wisconsin town with her husband, three kiddos, and two adorable German Shorthaired Pointers. She's addicted to 80's ballads, 90's rock, cheesecake, and office supplies, and she's been scribbling down love stories in spiral notebooks since she was old enough to daydream about hunky boys and happily-ever-afters. Now, she turns those daydreams into steamy, small town romance novels. 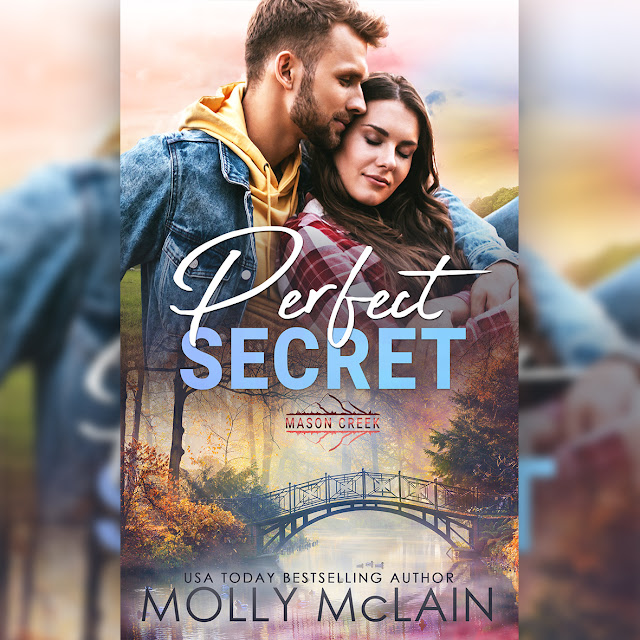