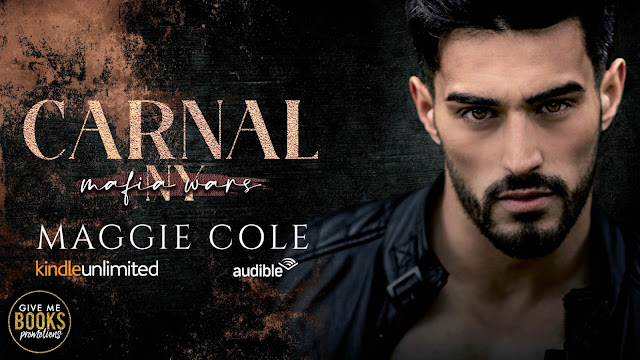 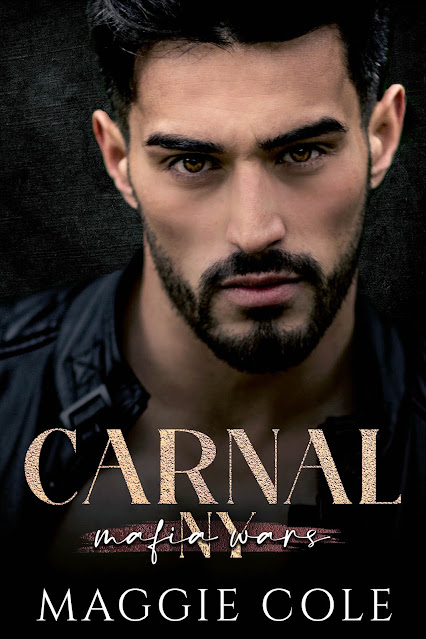 One work meeting created an obsession neither of us could shake.
My boss's brother was a friend...until the day he turned his dark-brooding eyes on me.
For years, I studied Tristano at the club.
I'd mimic his commands, dominating the most powerful, dangerous men.
Now, he wants me to submit to him—the opposite role I usually play.
So we make a deal.
But the urges we think we'll overcome, we can't.
When we finally come to terms with our secret, his enemy tries to destroy us.
Then I wake up, not remembering anything.
And the man who claims I'm his makes my skin crawl.
If only I could understand the flashbacks of the dark-haired, chiseled-faced man.
(CARNAL is book four in Mafia Wars New York. It's a secret friends to lovers, boss’s brother, Dark Mafia romance, interconnecting stand-alone, and guaranteed to have an HEA.)
ADD TO GOODREADS 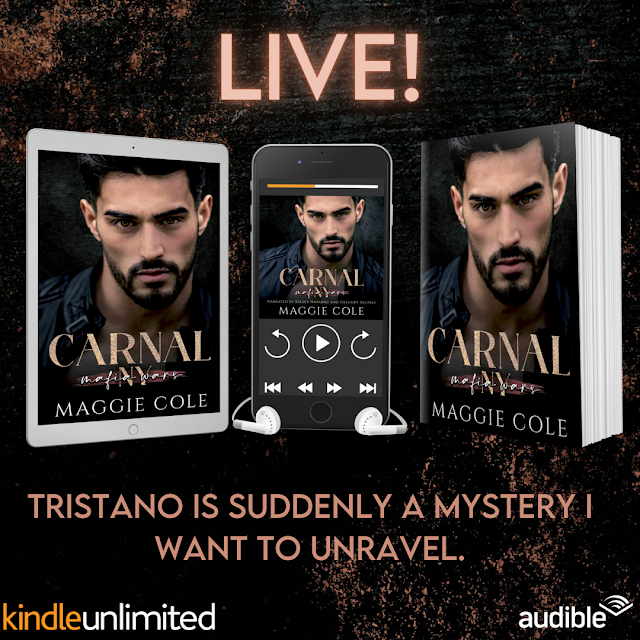 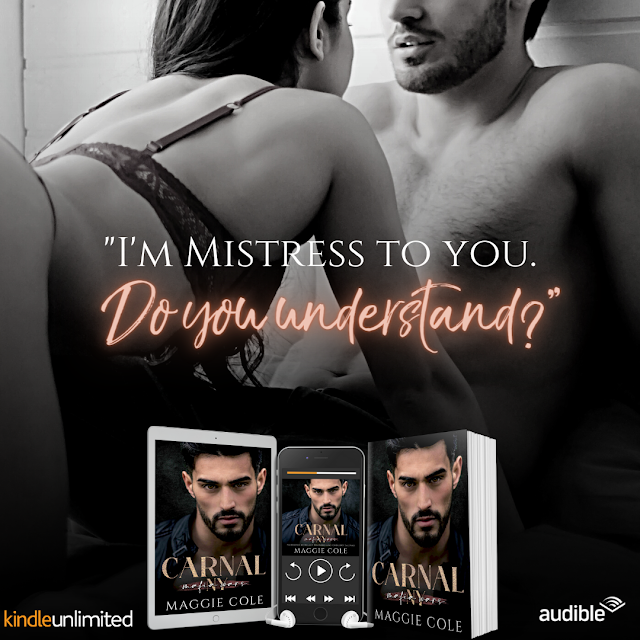 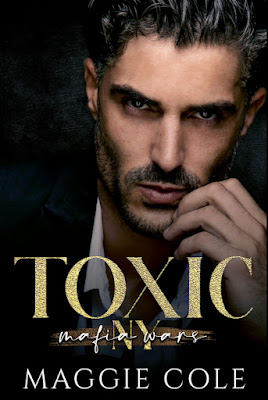 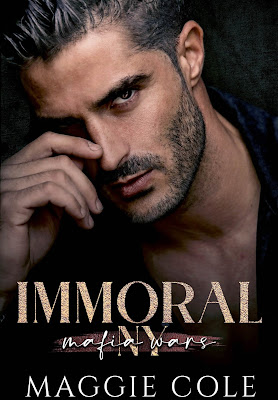 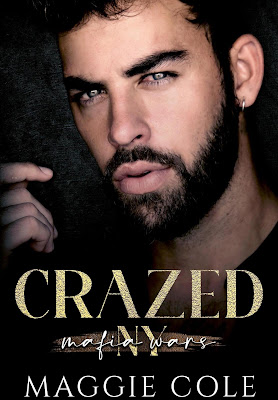 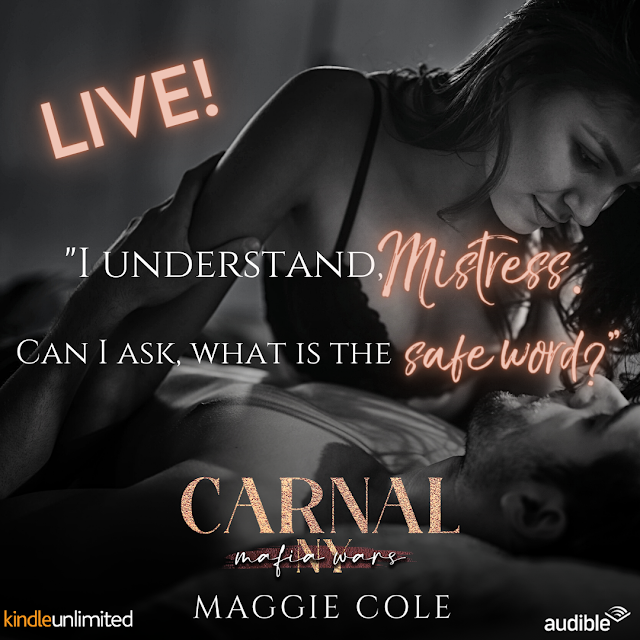 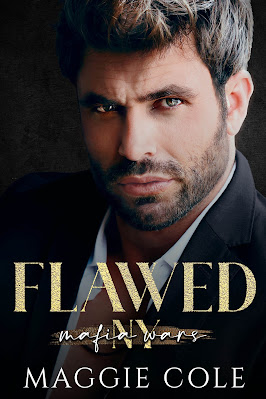 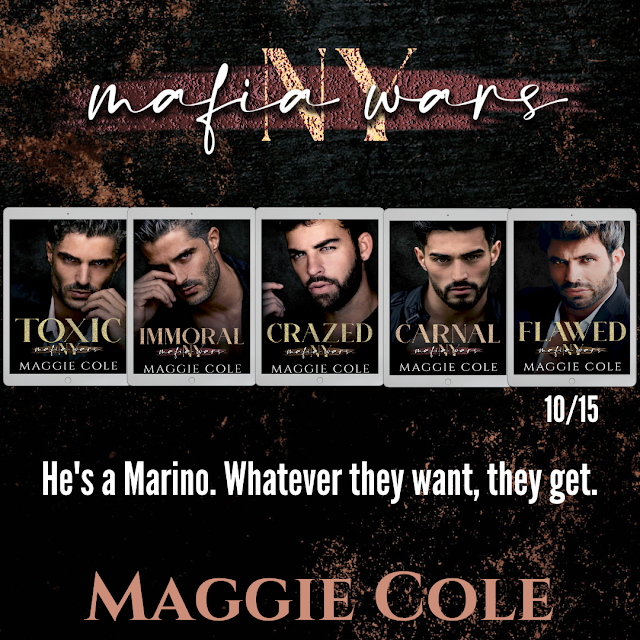 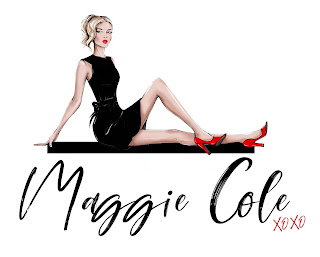 Maggie Cole is committed to bringing her readers alphalicious book boyfriends. She's been called the "literary master of steamy romance." Her books are full of raw emotion, suspense, and will always keep you wanting more. She is a masterful storyteller of contemporary romance and loves writing about broken people who rise above the ashes.
Maggie lives in Florida with her son. She loves sunshine, anything to do with water, and everything naughty.
Her current series were written in the order below:
All In (Stand alones with entwined characters)
It's Complicated (Stand alones with entwined characters)
Together We Stand (Brooks Family Saga - read in order)
Behind Closed Doors (Read in order)
Mafia Wars (Stand alones with interconnecting plot and entwined characters)
Mafia Wars New York-releasing now 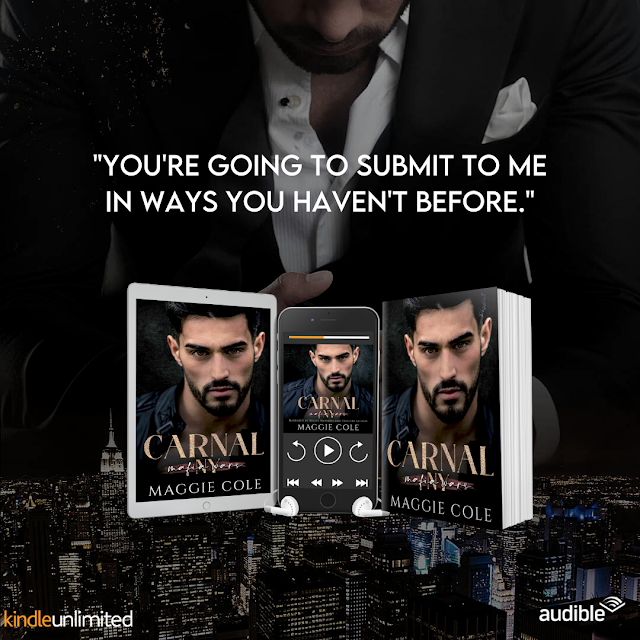