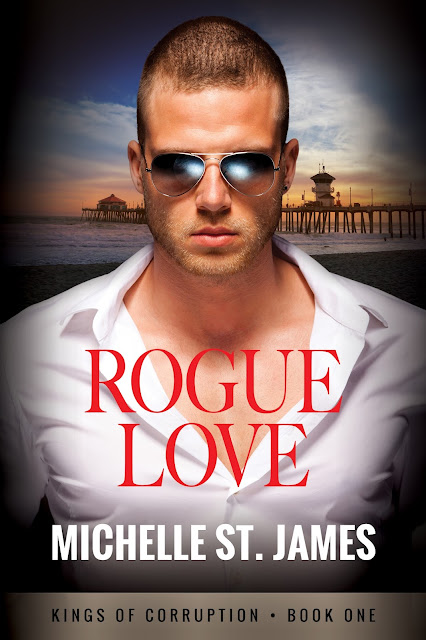 FBI agent Braden Kane has been going it alone ever since a family scandal sent him running straight from the Ivy League into Special Forces. That’s where he learned the hardest lesson of all — we’re all alone in the end. And nobody can save us.

When a raid goes terribly wrong, walking out is almost instinctual. Following the rules is for suckers. There’s only one way to get things done, and that’s to do it off the books. By the time he walks out, he knows there’s only one thing he’ll miss.

Nora Murphy never really had a choice. Law enforcement was in her blood.

Raised by an old-school Irishman in a houseful of brothers, she learned early on there was only one way to survive.

Be stronger. Be smarter. Be better.

A devastating personal loss only made it easier to focus on the things that made sense. There was no room for romance. And certainly no room for love. Which made tabling her attraction to friend and fellow agent Braden Kane a no-brainer. But Braden’s defection from the FBI opens the door to their relationship in a new and surprising way. Nora’s still getting her head around the possibilities when she’s assigned an important case involving a string of high-profile crimes. She can’t wait to bring down the ring of brash vigilantes — until a shocking connection to Braden reveals itself in in the middle of their burgeoning affair.

Now they’re on opposite sides of law and order. But can either of those things compete with love? 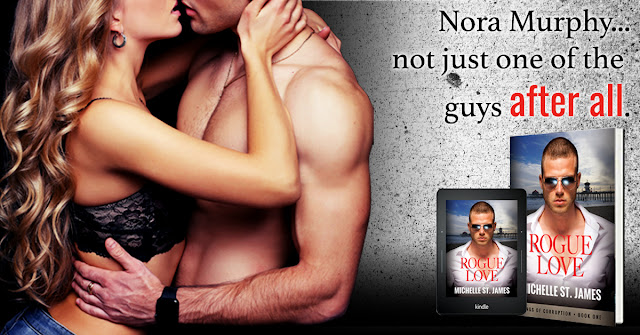 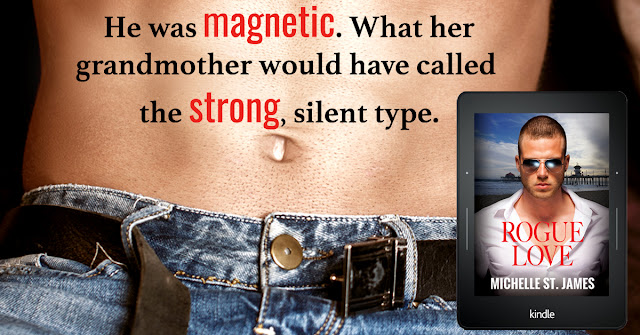 Praise for the Mob Boss series:


He shut the door, watched her walk into the open living room. She made her way to the big window that offered up a prime water view during the day. The lights from the walk street outside lit up her face; the high cheekbones, full mouth, heart-shaped face.

She turned to look at him. “What are you doing?”

She shrugged a little. “Why?”

There was so much honesty in the question. Like she really didn’t know why he would want to look at her.

Like she really didn’t know how beautiful she was.

He pushed off the door, walked slowly toward her, stopping when only an inch separated their bodies. He reached down, lay his palm against her cheek, rubbed his thumb against her skin.

“Because for years I’ve had to sneak glimpses of you. And now I want to really see you.”

She was breathing heavy as he looked down at her, a flush spreading from her cheeks to the barely-visible cleavage under her black T-shirt. “I want to see you too.”

“You’re going to see me, Nora.” He lowered his head, stopping when his lips were almost touching hers. “And you’re going to feel me, too.”

He pressed his mouth to hers, slipped his tongue inside as he angled his head, already needing to take the kiss deep. Needing to taste every inch of her mouth, to prove to himself that she was real.

That this was real.

Her hands slid around his waist, traveled up his back as she pressed herself against him. The feel of her stomach against his rigid cock sent a shockwave of desire through him. It blocked out everything else, and for a long moment he was lost to the sensation of her mouth, the warmth of her body, separated from his only by the thin layer of clothes. He already knew what it would feel like to sink into her, to feel her smoothness under him as he took her.

Her hands came back around to his chest, traveling over his pecs, down to his stomach as she kissed him feverishly, matching the urgency of his tongue stroke for stroke. He growled when she flattened her hand against the bulge in his pants, her small palm cupping the erection that had been torturing him for the last two hours.

Hell, for the last five years.

He took hold of her wrist, not trusting himself under her touch. “I’ve waited years for this moment, Nora. And if you touch me I won’t be able to wait a second longer.”

She looked up into his eyes. “I don’t care.”

“I care.” He swept her into his arms, surprised by how light she was. She was so formidable at work. A warrior. But he’d always suspected she was all softness and warmth underneath it all.

Now he was ready to find out.

He made his way through the dark apartment, down the hall, and into the bedroom. He set her on the bed, then turned to open the windows, letting in a gust of salty air on the night breeze. He turned to look at her, sitting on the edge of the bed.

“Take off your clothes, Nora.”

She lifted her chin, leaned back on the bed, propping herself up on her forearms. “Take them off yourself.”

He stalked slowly toward her, wishing her defiance wasn’t such a fucking turn-on. It would only make taking his time more difficult. If she’d been anyone else, he would have laid down the law; the bedroom was his domain.

He was in control here. He made the rules.

But she wasn’t anyone else. She was the woman of his dreams. He would still be in control when push came to shove, but he would take it slow.

He stopped at the bed, looked down at her. “We’re playing by my rules now, Nora. Now please take off your clothes.”

A small smile crept onto her face as she stared him down through the moonlight making its way into the room. He thought she might argue, rebel. Instead she sat up, pulled off her T-shirt. His eyes were still glued to the magnificent swell of her breasts, barely hidden by a lacy pink bra, when she unbuttoned her jeans, lowered the zipper, lifted her hips off the bed as she shimmied them down her hips.

He almost couldn’t breathe as she tossed them aside, her porcelain skin glowing in the darkness. She was naked except for the bra and a matching scrap of fabric that covered the mound between her legs, just enough hidden to push his imagination into overdrive.

When she spoke, her voice was husky. “That’s as far as I go without you. You’re going to have to meet me halfway, Kane.”

He stripped off his shirt, then unbuttoned his pants, dropped them to the floor. His cock sprang free, both a relief and further torture with the refuge of Nora’s body so close.

He knelt between her legs, inhaling the scent of her. “I think you’ll find I’m willing to meet you more than halfway.”


Michelle St. James aka Michelle Zink is the author of nineteen published books and seven novellas. Her first series, Prophecy of the Sisters (YA), was one of Booklist's Top Ten Debut novels. Her work has also been an Indie Next selection and has appeared on prestigious lists such as the Lonestar List, New York Public Library's Stuff for the Teen Age, and Chicago Public Library's Best of the Best. Her books have been published in over thirty countries and translated into over twenty languages. She lives in New York with too many teenagers and too many cats.

a Rafflecopter giveaway
Posted by Give Me Books at 12:33 pm