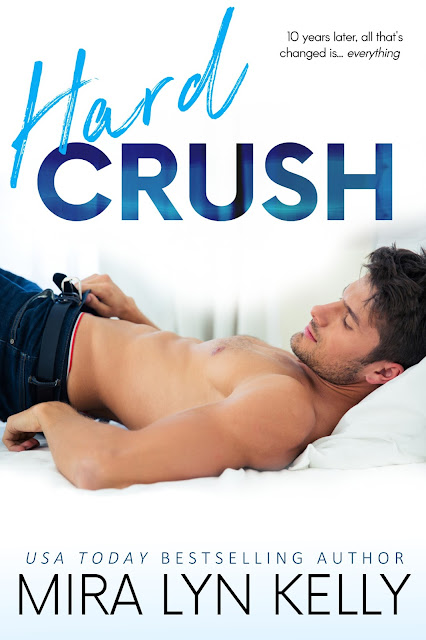 A jaded billionaire.
The girl who got away.
A second chance has never been so sexy.

ABBY
Technology has it out for me. And I’m not talking about my ever-ailing phone or the temperamental Smart Board in my classroom. I’m talking about the internationally hailed “Tech Genius” formerly known as the boy I used to love.

It was bad enough seeing that cocky smile staring back at me from my newsfeeds, the gossip sites, and—fine—the scorchingly hot men’s fitness magazine I bought in a moment of weakness. But now he’s back home, teasing me with the memories I’ve tried to leave behind, crowding into my space and taunting me with the kiss I can’t resist. I know it’s only a matter of time before I lose him again. He’s already told me he isn’t staying, warned me he’s changed. I know better than to let him get too close, so why can’t I push him away?

HANK
They call me a visionary. An innovator. Hell, last week a headline touted me as the billion-dollar geek keeping Silicon Valley’s panties wet. Try living that down. Strip away the media BS, and I’m just a tech-minded guy with my eyes on the future and no time for a past I can't change. So what am I doing following the sweet sound of its laugh back to the woman who passed on our chance at forever?

I tell myself all I want is to say hello. To see her smile. Just a few minutes to pretend we’re still the “us” I thought would never end. But once I've had a taste of the too tempting woman she's become, a few minutes isn’t enough.

The man I am today is used to getting what he wants, and I want her.
The problem? She wants the guy I used to be.

Ten years later, all that’s changed is… everything. 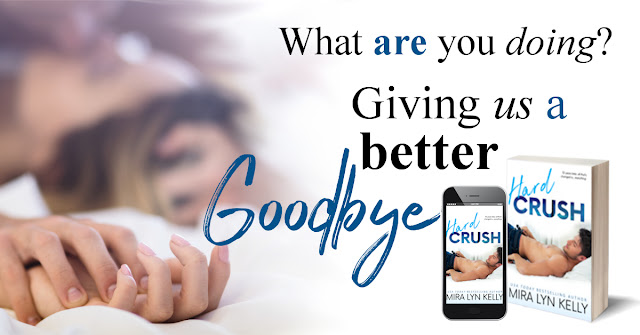 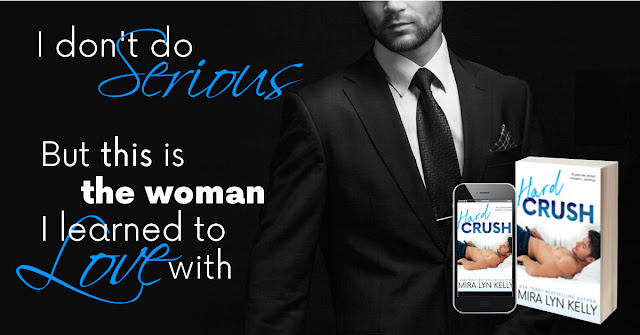 I take her hand and remember the thousands of times I’ve done it before. “I’m glad we got to talk. It’s been too long.”
A few strands of her hair catch in the breeze and I tuck them behind her ear. Only just like with hearing my name and holding her hand, the tactile sensation from the soft strands between my fingers stirs up memories I thought safely put to bed. It gives me ideas I shouldn’t be considering.
“Hank?” Abby whispers, quiet and confused. “What are you doing?”
Losing my mind. “Giving us a better goodbye.”
My fingers curl in so the backs of my knuckles stroke her soft cheek. This is so messed up. I know what I’m doing is wrong, but she’s looking up into my eyes.
I kiss her.
By adult standards, it isn’t much of a kiss. A single brush of my mouth against hers and a lingering contact I’m not quite ready to give up. And yet that barely-there kiss has my heart slamming against my ribs and fire racing through my veins.
It’s like I’m fifteen again. Except instead of this being my first kiss with Abby, it’s our last, and I don’t want it to end.
I’m not talking about not wanting it to end like I didn’t want all the other Abby stuff to end before.
No, this is different.
I. Don’t. Want. This. To. End.
But too soon, that soft clinging contact is gone, leaving only the warmth of her breath against my lips.
One breath.
Two.
Three.
I open my eyes, realizing I’m not the only one still holding on. Abby’s free hand, the one that isn’t still trapped in mine, is wrapped around my tie.
She hasn’t let go.
A shadow passes over her eyes. “You’re not in Chicago for good.”
She isn’t really asking, but she wants to hear me say it anyway. She wants to remind us both that fundamentally nothing has changed. That we need to stop this before it goes too far, and hell, I know she’s right.
“I’m not. Tomorrow’s just a business trip, but all indications are I’ll be out of Chicago in a few months if this deal goes through.” And even if it doesn’t, there will be something else. There’s always something else.
It’s the deal breaker that lost me this woman ten years ago. After the way Abby grew up, she couldn’t watch me leave and she wouldn’t wait for me to come back. I didn’t understand until it was too late the first time around, but now I do.
And with her in my arms, it’s good that neither of us loses sight of the fact that this fundamental difference between us hasn’t changed.
She nods her understanding, and I wait for her to take a step back, for the shake of her head and quiet laugh. Only it doesn’t come. Instead, her eyes drop back to my mouth and the world around us starts to slow. Because I know that look. I fucking love that look.
But this has to be a mistake. We aren’t teenagers. We aren’t starting something new.
So what am I doing, uncurling my fist to sift my fingers into the dark silk behind her ear? Using that hold to tip her head back? Waiting until her heavy-lidded stare finds mine again?
What am I doing?
Only it doesn’t matter what I’m doing, because then Abby is the one tugging at my tie to bring me closer. She’s the one murmuring her agreement that this is a much better goodbye a scant inch from my mouth.
She’s the one short-circuiting my brain, and now the only thing I’m thinking is that I can do much, much better.
This time when my lips meet hers, there’s nothing barely-there about it. I kiss her hard, gathering her close, then closer still as she opens beneath me with a shuddering gasp I feel all the way through me.
Her fingers knot in my hair, then race over my shoulders and neck. Christ, her touch is electric, building the charge in my chest by the second.
We’re breathless and frantic. Devouring each other with a hot need that edges the line of control.
Just another minute and we’ll stop.
Just another taste.
My hand wraps in her hair and she moans around the thrust of my tongue.
Yes.
The part of my brain that’s still functioning is rolling through the data…
We’re in a parking lot.
The press is camped out on the other side of the school.
I don’t do serious, and this is the girl I learned how to love with.
We should stop. No maybe about it.
But Abby’s breasts are pressing into my chest as she wraps her arms around my neck, and now there’s another part of my brain speaking up… and this is the part I know better than to listen to. It’s the part that dirty-talked me into climbing up the old oak outside Abby’s bedroom window… when her parents were home. It’s the part that swore up and down security wouldn’t notice if I let myself back into the lab at MIT after hours just to finish my experiment. And right now, it’s casually noting the parking lot is empty.
It’s asking me why, if the press knew we were back here, they aren’t calling my name to score a frontal face shot.
“Hank,” she gasps, and there’s no more mental chatter. I press her against the car, pinning her with the weight of my body. 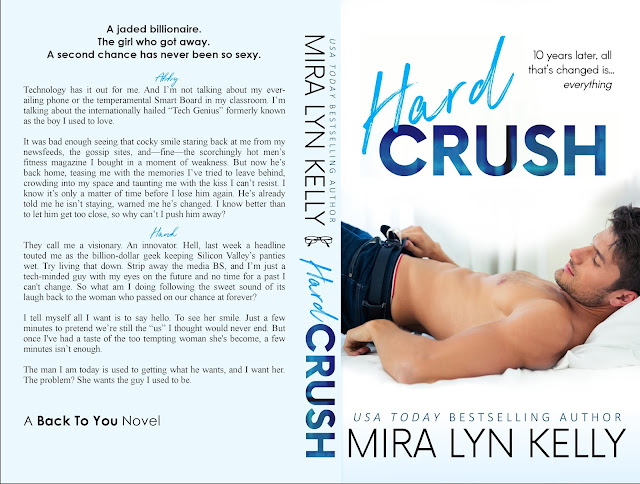 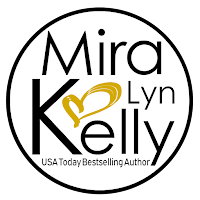 Hard core romantic, stress baker, and housekeeper non-extraordinaire, Mira Lyn Kelly is the USA TODAY bestselling author of more than a dozen sizzly love stories with over a million readers worldwide. Growing up in the Chicago area, she earned her degree in Fine Arts from Loyola University and met the love of her life while studying abroad in Rome, Italy… only to discover he’d been living right around the corner from her back home. Having spent her twenties working and playing in the Windy City, she’s now settled with her husband in rural Minnesota, where their four amazing children and two ridiculous dogs provide an excess of action and entertainment. When she isn’t reading, writing, or running the kids around, she loves watching the Chicago Blackhawks and action/adventure movies, blabbing with the girls, and cooking with her family and friends. 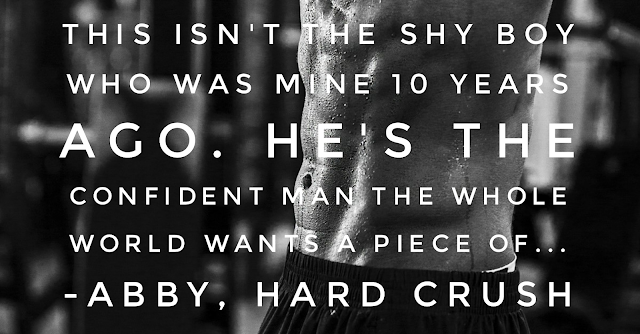