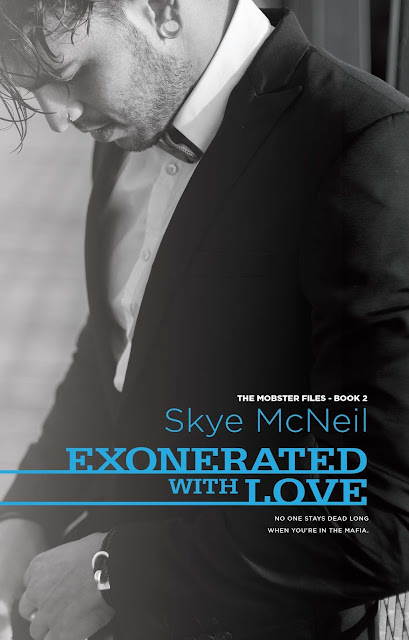 Can second chances really exist for a bad boy mobster and the only woman to ever steal his heart?

There’s a hit out on Cameron Shearer’s life, his mafia ties dragging him down the path of darkness once more. After a harrowing meeting, he discovers no one ever stays dead when you’re in the mafia. Determined not to lose the only woman he’s loved, Cameron turns to the Del Rossi mob for one last favor. Unfortunately for him, the ending may not be as happy as he once hoped.

Joci Dorous has it all. She’s happy, engaged, and just started her own law firm with her best friend. Everything appears perfect, until she discovers a suspicious trail of money in her business accounts and her once dutiful fiancé suddenly turns as shady as his mob boss. When strangers clash amid mobs, Joci is left to decipher who her heart truly belongs to. 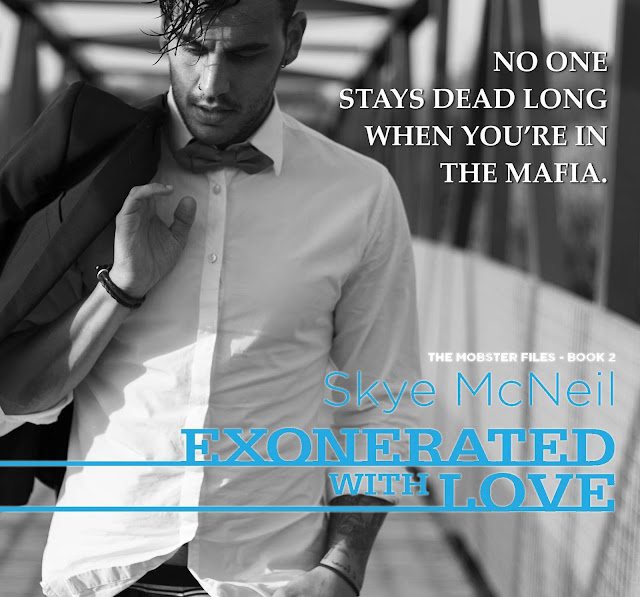 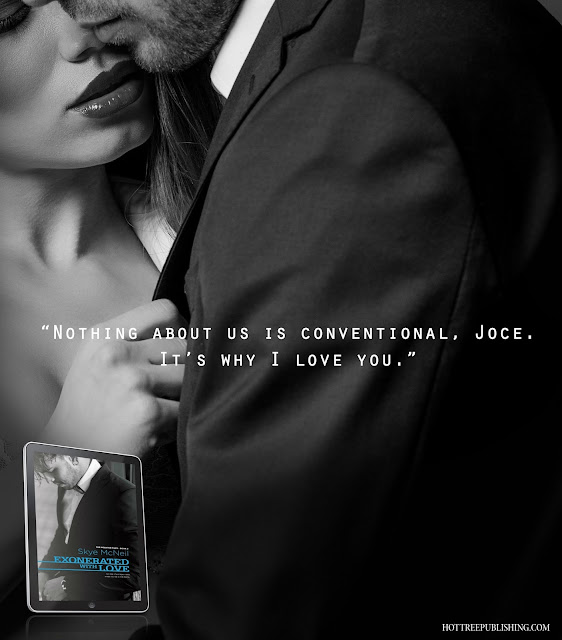 “Can we go home, please? I need to fit in a quick catnap before heading to the office.” She yawned, suddenly drained from the busy morning.
Crossing his long arms over his chest, Cameron shook his head. “No way. You’re not going to work after what you’ve been through. You need to take it easy.”
“No, I need to go to work,” she argued, her face heating up.
“The hell you do.” His low voice rumbled, scaring a passing orderly.
Realizing fighting through this wasn’t the best course of action, Joci unclenched her fisted hands. Slanting eyes over him, she sighed at his chaotic curls, from the wind or pushing his fingers through it she wasn’t sure. The holes where his nose and eyebrow rings used to sit glared at her, fleetingly making her wish they were in place once more. His jaw was set but his lips were pouty, an irresistible sight if she ever saw one. The adamant expression in his dark brown eyes siphoned all anger from her. He was concerned for her health, but there was something else lying behind his tone. His reflection sent her back to their childhood in Ohio. He’d puckered a similar face when they disagreed as kids. No wonder he always got his way, the ass.
He wasn’t wrong in his apprehension, however, letting him win this argument wouldn’t happen. He loved her, which meant he knew she was as stubborn as him. They were a perfect match from the start. Bullheaded and ornery. Work would always be at the top of her list and he knew it better than anyone from personal experience.
Stepping to his sulking position against the wall, Joci slipped her hands around his waist, her fingers grazing each of the devices hanging from the police utility belt. “Cam, all this excitement drained me. I need a bit of cuddle time, and I bet you know the perfect guy.”
His face released its strained hold and his lips slackened. “Maybe.”
Beaming up at him, she tilted her head to the right. “Maybe you know a guy, or maybe you are the guy?”
His chin lowered until she was touching noses with him. “I am the guy,” he fiercely replied.
Joci snaked her hand up his spine to the back of his head. Compelling his neck toward her, she locked her gaze with his stormy mahogany one. “The only guy.”
A tiny smile broke across his cheeks. “Then there’s no place I’d rather be.”
He leaned forward, imprinting his lips to her for eternity. The taste of mint clung to his breath, luring her to kiss him until she explored every facet of his mouth. His tongue tangoed with hers, causing adrenaline to spike through her body. Pressing harder against his mouth, she gasped when her back carefully hit the wall. Anyone could witness their brazen embrace, but she didn’t care. She needed his lips on her right now. His teeth nipped her lower lip. And if he wasn’t careful, she’d lug him to the nearest supply closet and bar the door just to show him how much she needed him.
When he finally eased away, Joci wasn’t sure if she was breathing on her own. He had this effect on her when she least expected but sorely craved it.
“I’m glad you’re safe,” he whispered, his brown eyes etched with leftover concern. “Promise you’ll never leave.” His hands rubbed the protruding stomach between them. “I can’t do this without you.”
Kissing him hard, Joci hoped he felt a molecule of the havoc his lips caused in her. “I promise.”
At Cameron’s relaxed sigh, she snuggled into him. A movement behind them distracted her as he straightened. She couldn’t see who was spying, only recognized a shock of red hair as they moved to the exit. 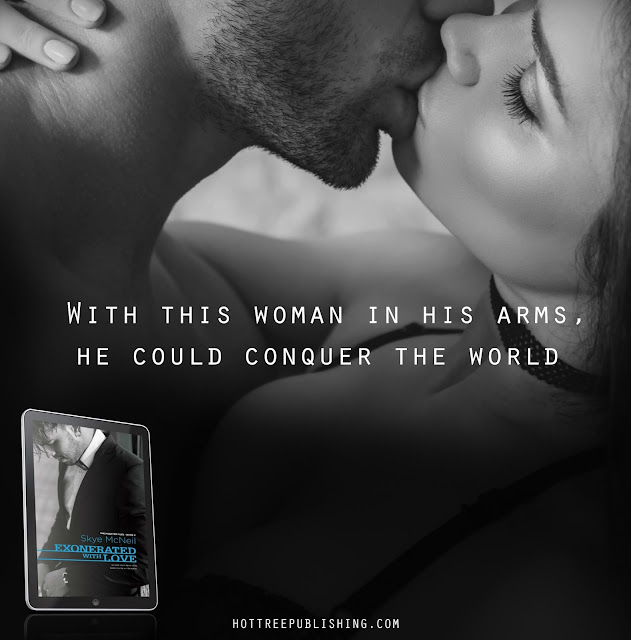 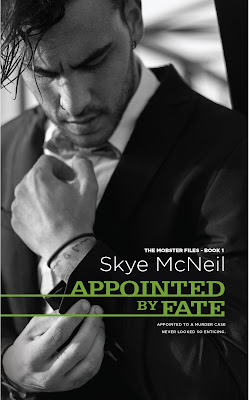 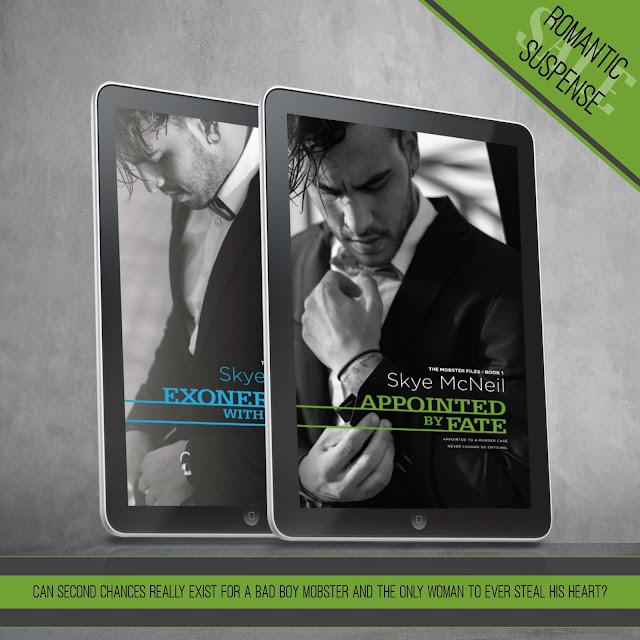 Skye McNeil began writing at the age of seventeen and has been lost in a love affair ever since. During the day, she moonlights as a paralegal at a law firm favoring criminal law.

Skye enjoys writing romantic comedies and cozy mysteries novels that leave readers wanting more and falling in love over and over. She writes contemporary and historical novels ranging from sweet and sassy to steamy and sultry.

Her constant writing companions are two cats and two dogs. When she’s not writing, Skye enjoys spending time with family, photography, volleyball, traveling, and curling up with a cup of coffee and reading. 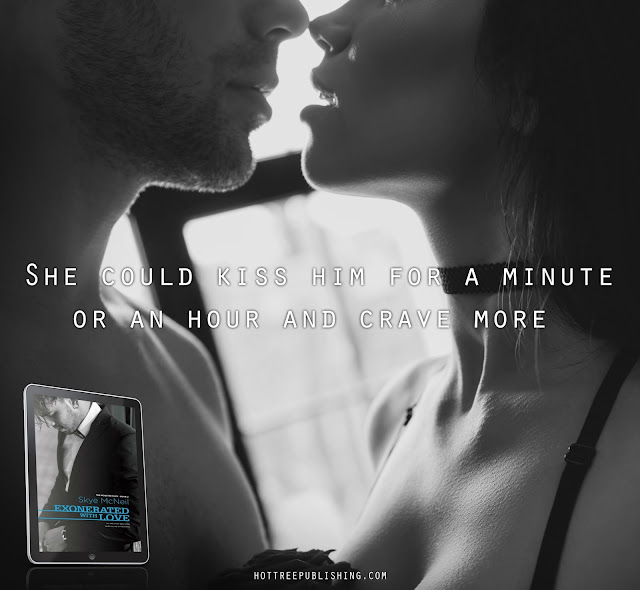