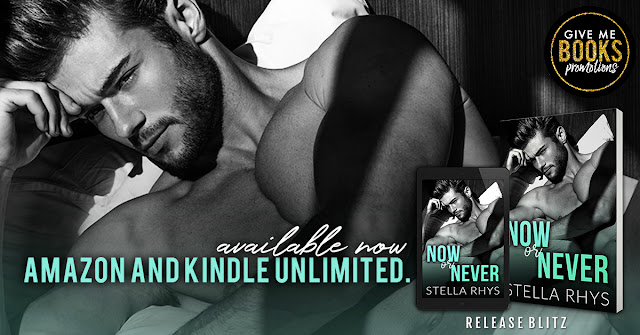 He's ten years older. My brother's best friend.
And for the next two weeks, he gets to have me in all the ways he's ever wanted.

HOLLAND
The last time I saw him, he still called me kiddo.

But fast forward five years, and more than a few things have changed.

Apparently, I've grown up in more ways than he can resist.

IAIN
I'm going to hell for looking at her like this.

She's too young for me. Too sweet and naive.

She has no idea what I would do to her.

But since the day she walked back in my life in that tight little dress, I've felt myself caving. I said I'd never in my life get involved with Holland Maxwell.

But since I'm already going to hell, I might as well make it worth it.

Fuck me if that’s her.
A single upward glance and just like that my night was screwed.
In an instant, my pulse doubled, and I could feel my jaw ticking tighter and tighter under my palm as I ran my hand over my face, my eyes devouring her body in ways I told myself had strictly to do with the shock.
Because what the hell was she doing here?
And for Christ’s sake, what the hell was she wearing?
My shoulders tensed under my suit and my grip tightened around the lowball of Scotch I suddenly wanted to pound like a shot, because now that I’d looked up—now that I’d seen her—I had a face to the match to all the filthy, vulgar shit my clients had spent the past two minutes groaning about, and it wasn’t just any face.
It was one I’d known since she was only thirteen years old.
“Jesus fuck. How do we trade our waitress for that Playboy bunny-lookin’ thing?”
My jaw clenched at Watt’s description.
It wasn’t far off. In fact, it was surprisingly fucking accurate, but still—I was failing to reconcile what I was seeing with what I was remembering, because the last time I saw her she was a sweet, innocent little thing. This shy little girl wearing a powder blue backpack and braided pigtails—who I made it my job to protect because her own brother had no instinct whatsoever.
But now… for Christ’s sake, now there was no trace of that shy little girl as she flitted from table to table in a tight little dress, holding a tray of drinks up high and arching her back so taut I wanted to clench my teeth out of my skull.
“Goddamn, when she bends over in that thing…” Ty growled into his fist.
“Do it again, baby. Come on,” Watt willed her, licking his grinning lips and forcing me to exhaust every muscle in my body to keep myself from knocking him the fuck out right there. “See the new waitress?” he turned to ask me, shaking his head and sucking a sharp breath between his teeth—his way of emphasizing just how badly he wanted to fuck her.
It made me picture my forearm digging into his neck as I pinned him to the wall and detailed exactly why he’d never lay a finger on her.
But despite the vivid image, I managed a nod and a smirk to remain outwardly calm, casual. Sitting forward, I adjusted my onyx cufflinks, throwing in a “very nice” that sounded so convincingly disinterested that Watt rolled his eyes and gave a pfft before turning his hungry stare back to her—and that tiny little skirt that had her legs so close to naked I had to look away.
Fucking hell.
I white-knuckled my drink, silently wracking my brain for a plan while reminding myself that no agent had ever put his own clients on the injured list, so I shouldn’t aim to be the first. Shane Watt and Ty Damon were two of the biggest athletes in sports. They were two of the best sluggers in baseball, two of the highest-earning contracts on my all-star roster of clients, and I really couldn’t afford to kill them right now.
So I opted instead to shut their fucking mouths.
“Enough,” I cut in sharply, interrupting their debate about whether or not she was wearing a goddamned push-up bra.
I could feel my eyes on fire, and my blood fucking boiling, but by the time my clients turned to face me, all they saw was an easy smirk on my lips that made them grin sheepishly, because they knew this look—the one I wore right before I set their asses straight.
“Gentlemen, we’re here tonight to talk about the Under Armour deal, but if you want to waste my time drooling over some waitress, then you’re welcome to find a different agent to negotiate your contract for a third of the price,” I said, leaning back in my seat. “But in that case, Watt, you’d have to tell your wife that the new beach house is a no-go. Is that something you’re interested in?”
“No! No, no, no,” Watt laughed in a panic before socking Ty in he arm. “Come on, asshole. Pay attention.”
“What! Me?”
And just like that, we were back on topic.
But as I returned to discussing business with my clients—even with my eyes fixed directly on them—I had my attention sharply trained on her.
Little Holland Maxwell.
My best friend’s kid sister who was clearly all grown  up, and about to make my night a living hell. 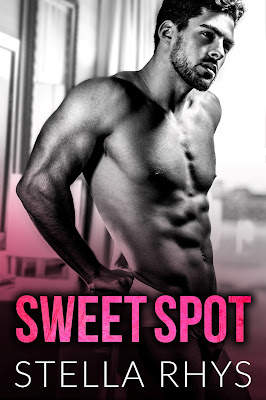 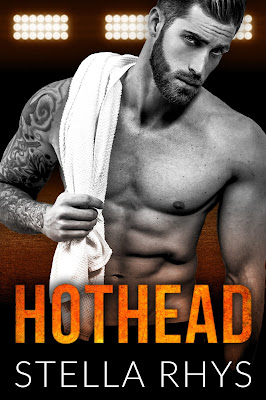 
Stella Rhys is a romance author who lives for baseball season, Irish coffees and Love Island UK. She was born and raised in New York and when she isn't writing, you can find her with her family and friends, scouring the city in search of her next book-inspiring adventure.