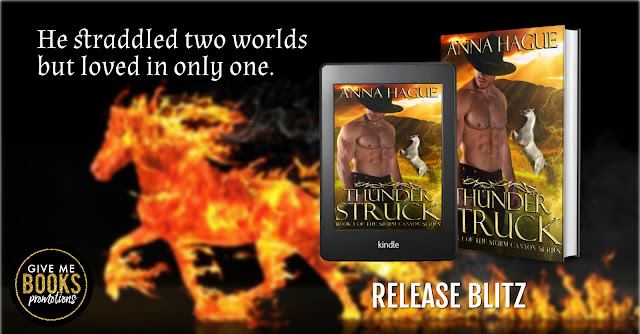 Granted, Evangeline Webber was intoxicated when she saw the Ghost Horse at Silver Spear Ranch, but the next time she saw the magnificent animal shimmering in the moonlight, she was stone cold sober. The horse haunts her dreams, and so does Rick Cambios-Plata. The aloof cowboy is a calming presence to the abused horses he rescues, but Evangeline is anything but when he’s in the area. This trip was supposed to be her sanctuary to help her get over the guilt of the death of her soon-to-be ex-husband, however, both Rick and the ghost horse keep invading her space. She has a feeling he’s hiding something, and her body wants to know what.

Maverick Cambios-Plata stays away from the ranch guests, but when Evangeline arrived, his senses were on alert. He had to know why this woman was here invading his every thought. His priorities and commitments were to preserve a legacy only a few knew of, and Evangeline was a distraction and had nothing to do with the lives he protected.

Evangeline and Maverick each hold secrets, and one of them has no idea how much the truth will change everything.

Evangeline blinked several times to clear the blurriness from her eyes. The full moon cast a luminous radiance over the ranch even beyond the corrals—and the silver streak resembling a horse that raced across the grassy plain, bucking every few paces and whinnying at the obsidian night. She glanced at the half empty bottle of bourbon she clutched and back to the thundering steed glowing in the night.
“Oh hell, no.” She’d been at the ranch for over three weeks and knew every horse in residence but had yet to see any running wild as spectacular as this one. The wild horses in the area were located at a sanctuary over an hour away in Hot Springs not in this part of the Black Hills.
“Damn, Jackson.” She and the owner of the local gas station, deli, laundry, and liquor store had been on a first-name basis since she perused the alcohol department as regularly as she could get to town. “What the hell did you sell me?” The bourbon didn’t look or smell any different than anything else she’d purchased, but Jackson had suggested the Black Hills Recipe would be unlike any other bourbon she’d tried. Was it filtered through peyote or something? No, peyote wasn’t native to South Dakota, but who really knew what went into locally distilled spirits?
“Ma’am.”
Evangeline’s heart stuttered at the masculine voice. “Keller, you startled me. What are doing out here in the dark?”
The cowboy whisked his hat from his head and raked his fingers through his dark blond hair. “I was just checkin’ on the horses before I turned in. Up kind of late, aren’t you?”
She swung her legs from the arm of the wooden rocker on the porch of her cabin. “I suppose. I don’t have to get up early like you do, though.”
“Still trying to find yourself out here?”
“Something like that.”
Keller cocked his head to the bottle tucked in her fingers. “Was that full when you started the evening?”
She swirled the amber liquor. “Maybe.”
“You be careful with any shit Jackson recommends.” He stuffed his hat on head and tipped the brim to her. “Ma’am. Enjoy what’s left of the evening while you can still remember.”
He stepped away toward the bunkhouse. “Keller?”
“Yes, Ma’am?”
“Well, for one, would you stop calling me ma’am?”
He snickered. “Sorry, habit.”
“Good manners.” She set the bottle on the porch and rested her elbows on her knees. “Did you see a silver horse running across the meadow?”
“Tonight?”
“Like a few minutes ago.”
“No, Ma…Miss Webber. I didn’t.”
“Evangeline. How about calling me Evangeline. I think I’ve been here long enough for that. Anyway, are you sure? It was bucking and whinnying and flying across the grass.”
“I was in a barn full of horses. I hear lots of whinnying. Didn’t see it, sorry.”
Slumping back in the rocker, she sighed. Maybe she was hallucinating. The clearness she was seeking hadn’t exactly presented itself since her arrival. The lure of the mountains and fresh air had brought her here. She needed a change, at least for a little while. The day to day survival wasn’t working. She needed to snap out of her funk. It’d been two years. She needed to move on. That’s what her friends and family said. She didn’t see any of them having to handle what she did. Live with what she did.
“Well, must be the bourbon. Goodnight, Keller. I think I should hit the sack, too.”

Anna Hague spends part of her days in the writing cave creating her own spin on love stories. The other part of her days, she is a free-lance sports reporter crafting stories about a variety of athletic events including high school, college, and professional level sports.

She’s had the fiction bug her whole life, but in 2015 decided, “It’s now or never.” In November of 2016, her contemporary novel Captured Hearts debuted.

Her motto: Creating different paths to love because different is the only way I know.

She is a member of the RWA and the Indiana RWA. Anna lives in Central Indiana with her husband, three parrots, and two dogs.