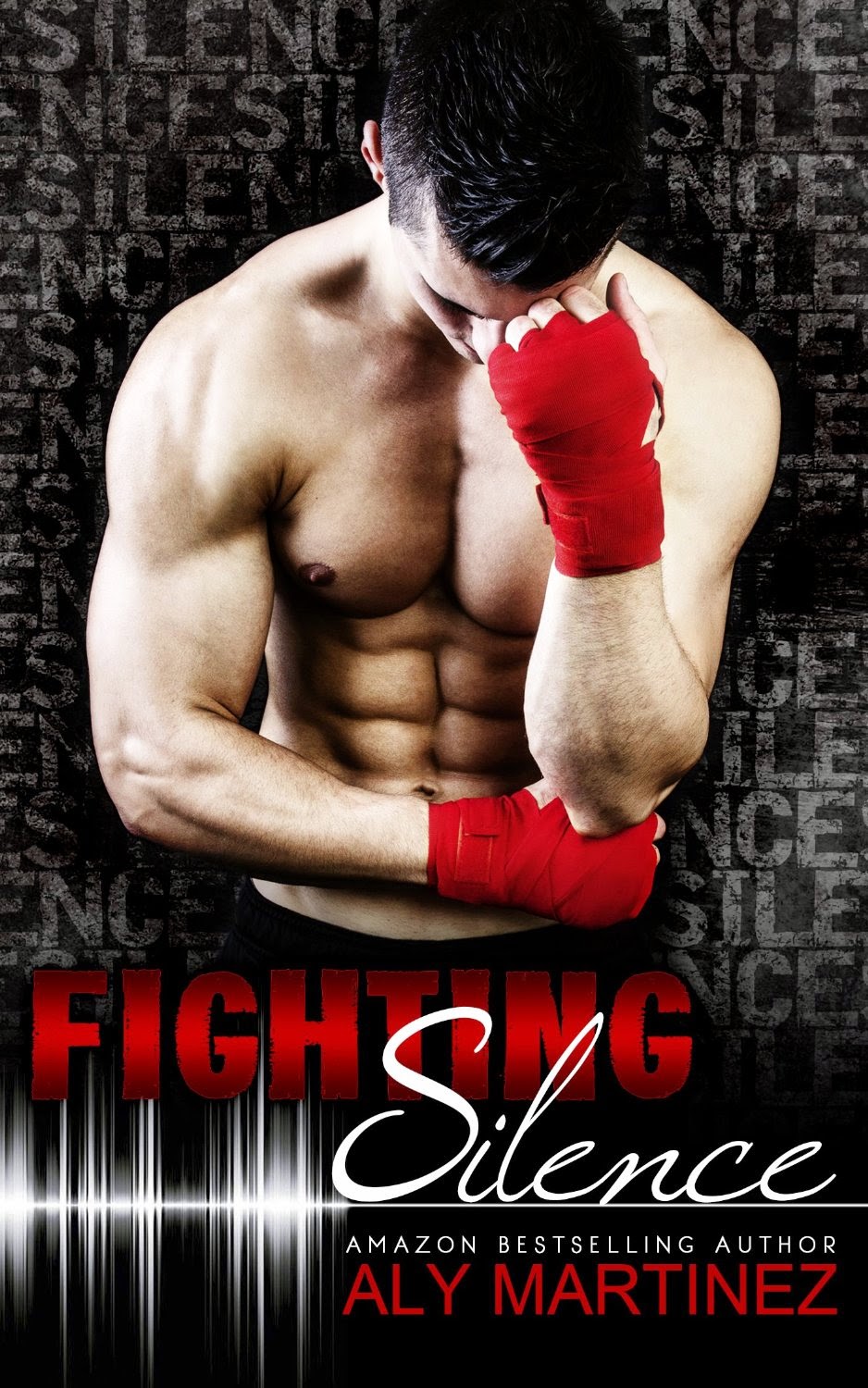 Sound is an abstract concept for most people. We spend our lives blocking out the static in order to focus on what we believe is important. But what if, when the clarity fades into silence, it's the obscure background noise that you would give anything to hold on to?
I've always been a fighter. With parents who barely managed to stay out of jail and two little brothers who narrowly avoided foster care, I became skilled at dodging the punches life threw at me. Growing up, I didn’t have anything I could call my own, but from the moment I met Eliza Reynolds, she was always mine. I became utterly addicted to her and the escape from reality we provided each other. Throughout the years, she had boyfriends and I had girlfriends, but there wasn't a single night that I didn’t hear her voice.
You see, meeting the love of my life at age thirteen was never part of my plan. However, neither was gradually going deaf at the age of twenty-one.
They both happened anyway.
Now, I'm on the ropes during the toughest battles of my life.
Fighting for my career.
Fighting the impending silence.
Fighting for her.
Every night, just before falling asleep, she sighs as a final conscious breath leaves her.

I think that's the sound I'll miss the most.

As I sit and stare out my bedroom window, *wink* I think to myself… oh Aly, you first brought me Brett and I was hooked, next you showed me Caleb and I thought, “okay, I can be in love with 2 guys.” Then Leo came along, I fell hard. . . again. And, just when I think you can't top these 3 you bring me Slate. He was perfect, you can't top perfection, or so I thought…


Til Page, you stole my heart from very early on and made me eat my words. I think I knew I was in love when I read that handwritten note on that torn-out piece of notebook paper. More often than not the male lead in recent books are rich and arrogant; dominant alphas that demand a woman's attention and take what they want when they want it. Not here, not this time. Thank God.

This is a story like no other. Actually, if you are a fan of Aly's writing, you know this already. She writes outside the box and nothing is off limits to her.

Cliffhangers, most of us hate them. Well, what about when it's at the beginning of a book. Sounds weird, let me explain.

I don't like spoilers so bear with me. Aly takes us on a journey that will make you feel like you are literally hanging off a cliff for dear life, with only a little tiny branch between you and the unknown. Early on I was waiting for the other shoe to drop and wasn't sure I would emotionally recover when it did.

As a reader I sometimes feel that, while experiencing a story that is amazing, it gets rushed at the end by a 2 page “OH NO, WHAT'S GOING TO HAPPEN”, followed by a little tension and then, BAM! Happily ever after. This book is nothing like that. Wear gloves because you will be dangling from this cliff for a very long time. But to me, that makes the HEA even that more worth the wait.

Giving me a cliffy at the beginning of the book and keeping me guessing as I turn the pages, is way better than a cliffy at the end, having to wait for the next one to come out.

This book tops perfection for me. It was amazingly written. You are going to abso-f--king-lutely fall in love with these characters. In the end you will finally be able to take a deep breath and patiently wait for the next one. I use the term patiently in a hurry-the-f**k-up-already kind of way. I give it 6 SILENT STARS!

Aly's writing never ceases to amaze me. It's always so captivating, sucking you into the story and making you feel like you're a part of it.

I absolutely loved Fighting Silence. This story of struggle and fighting was so heartwarming and heartbreaking. Not everyone is a millionaire or grows up in a rich family. Till and Eliza proved that as long as you had someone worth fighting for, and with, even the poorest people could feel like the richest. They didn't have an easy life, but they had one that worked for them, no matter what hap-pened.

Aly, yet again, has brought tears to my eyes. Fighting Silence is so emotionally beautiful that the tears just flowed with no warning. You'll happy cry most of the time, but sometimes those tears were of sadness. This family has been through more hardships than most their age, but they never stopped fighting, and you know they never will. I can't wait to read the next story.
~ Review by Keisha

“Hi.” I stood up off the bed as he started climbing through the window.
His eyes went wide when he saw me, causing him to momentarily lose his balance on the windowsill and go crashing to the floor. “God. Damn,” he cursed as he rose to his feet while taking in my new wardrobe. “You… I…um…” His hand went to his lip.
He was rooted in place only a few steps away, but his eyes traveled over every inch of my body and back again.
Till was speechless. I had never felt so empowered in my life.
“Are you okay?” I feigned concern as I slowly approached.
“Not even close,” he told my breasts, making me giggle.
After sliding a hand under the edge of his T-shirt, I raked a fingernail over each of his abs before dipping it into the waistband of his jeans.
“I’m sore today,” I announced, closing the distance between us. My breasts were pressed against him, but he still hadn’t even attempted to touch me yet. I had plans to remedy that. I smirked then stood up on my tiptoes, kissing the base of his neck. “Make me sore for tomorrow too.” At the last second, I darted my tongue out to the hollow dip at the base of his neck. It was meant to tease him, but as the taste of his skin hit my tongue, I was flooded with memories of taking more of him in my mouth. The moan escaped before I’d even felt it coming.
A loud rumble shook his chest, but that was the only warning I received. Suddenly, I was off my feet and sailing through the air. Just as I landed on the bed, Till crashed on top of me. His mouth roughly landed on mine.
“Tell me we can’t do this again,” he demanded as his hands found my breasts.
“We’re definitely doing this again.” I arched into him.
“It’s gonna get so messy, Eliza. Please.” He groaned as I reached into the front of his jeans.
“I’m okay with messy,” I breathed, guiding his hand from my breast and into my panties.
“Fuuuuuck” he cursed when he discovered just how thorough I’d been with the razor earlier. His finger pressed inside me as his body traveled down the bed and settled between my legs, stripping my panties off during his descent.
He added another finger in a less than gentle but overwhelmingly intoxicating, rhythm.
“Tell me to stop, Eliza. We can’t do this again.” He grazed his teeth on the inside of my thigh.
“We’re already doing it.”
“Tell me to stop.”
“No.”
“It’s going to ruin us.”
“If you don’t stop talking, you’re going to ruin this.”
“I’m serious.” He kissed the inside of my other thigh, his fingers never faltering in their steady pace.
“So am I. Stop trying to talk yourself out of this while your fingers are buried inside me.” I threaded a hand into his hair and gave it a gentle tug.
“Goddammit. Tell me to stop!” he demanded one last time, but his fingers sped before twisting in the most delicious way.
I decided to give him what he wanted, but only because I knew he wouldn’t follow through.
“Stop.” I rolled my hips forcing him even deeper.
“Well, it’s too fucking late now.”
I would have laughed, but his mouth sealed over my clit and stole my breath, words, thoughts, and orgasm. My body shook as he pushed me higher even while I was falling. It shouldn’t have worked like that, but whatever voodoo magic Till Page was working with that night was all right with me. He didn’t stop swirling his tongue until I used his hair to pry his mouth away.
“Too much!” I cried.
He looked up with a wickedly proud grin. His hand disappeared, and seconds later, his cock replaced it.

Born and raised in Savannah, Georgia, Aly Martinez is a stay-at-home mom to four crazy kids under the age of five, including a set of twins. Currently living in South Carolina, she passes what little free time she has reading anything and everything she can get her hands on, preferably with a glass of wine at her side.

After some encouragement from her friends, Aly decided to add “Author” to her ever-growing list of job titles. Five books later, she shows no signs of slowing. So grab a glass of Chardonnay, or a bottle if you’re hanging out with Aly, and join her aboard the crazy train she calls life.

a Rafflecopter giveaway
Posted by Unknown at 6:54 am