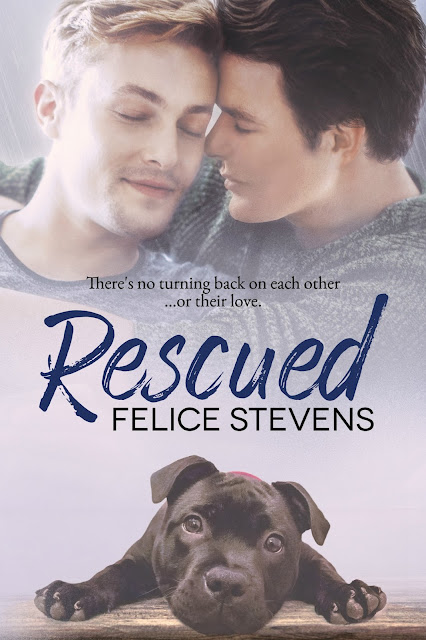 Ryder Daniels is all too familiar with rejection. His parents cut off contact because he’s gay and his boyfriend left him, choosing drugs over love. Aside from his rescued pit bull, his only joy is hanging out with his younger brother. Then his mother does the unthinkable and forbids them to see each other, leaving Ryder devastated and alone. His friends urge him to date, but Ryder would rather throw himself into working at the dog rescue and figuring out a way to see his brother again.

When Jason Mallory’s girlfriend gives him an ultimatum to get married, he shocks everyone by breaking up with her instead. He believes he's too busy for a relationship now that the construction company he started with his brother is taking off. When he discovers a group of abandoned pit bulls and calls the local dog rescue group to pick them up, an uncomfortable encounter with Ryder causes Jason to question feelings he’s hidden deep inside for years.

Jason and Ryder build a friendship, until an unexpected kiss sparks the attraction they’ve been fighting. Jason gives Ryder unconditional love and helps him reconnect with his brother while Ryder shows Jason the passion he’s always missed in relationships. Together they must battle through their family differences and ugly prejudices. Only then can they prove that once you find the right person to love, there’s no turning back.

This is a re-release of the original book which was first published in August of 2014. The entire book has been revised and re-edited with over 10k words added. In addition, at the end of this book is a sneak peek of the next book in Ryder and Jason's story, Reunited. 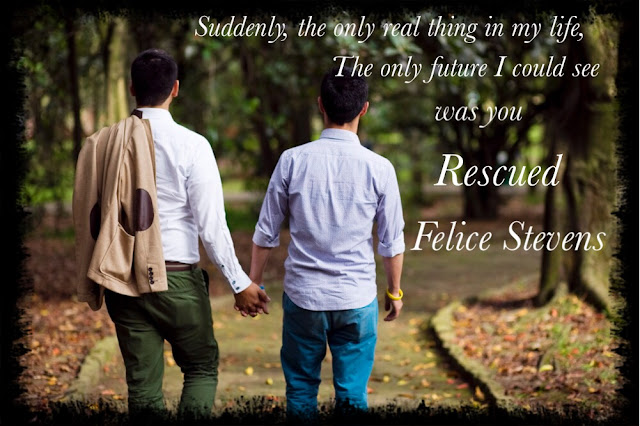 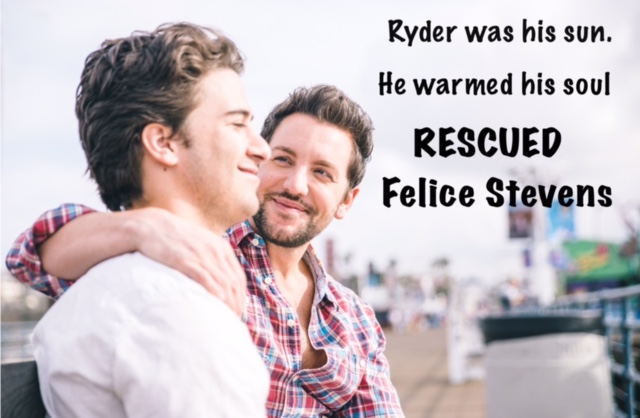 Still glaring at him, Jason moved a step closer. “I know you did, but I didn’t get a chance to answer. You dismissed me like I was a stranger. I thought we were friends.” He raked his hand through his hair as his voice, full of frustration, rose a notch. “Look, I didn’t plan on it happening. It surprised me as much as you, but I thought you knew me well enough to know I wouldn’t fuck around with you.”

Ryder tried to ease Jason’s agitated state. “It’s fine. Let’s forget about it, all right?” He gave him an uncertain smile. Better this way. They could work through Jason’s uncomfortable feelings, and as for his own yet-to-be-reckoned-with desires, he could push them back into that black box where he kept all his life’s disappointments. Right now it contained his parents’ treatment of him, his inability to see his brother and the affairs with Josh and Matt. Jason would be one more depressing addition.

Jason cocked his head and narrowed his eyes. “I don’t think you understand.” He took a step closer. “I’m not sorry for kissing you.”

Jason’s soft, husky voice sent a shiver through Ryder and he backtracked a few steps. “I am, though. I’m not looking to teach someone to be gay. You either are or you aren’t, man, and you’re straight.” It pained him to push the guy away, but he wasn’t about to sacrifice a friendship for casual sex.

Jason snorted. “You don’t really know shit about me. If I was perfectly straight, would I have dreams about you?” His blue eyes took on a glint Ryder had never seen before as he continued. “Dreams that have you on your knees sucking my brains out through my cock. Dreams of me sucking you.”

Ryder retreated until he ran out of space and found his back up against the wall, his eyes still caught up in Jason’s mesmerizing dark blue regard. All the air seemed to have been sucked out of the room.

“No one’s ever had this effect on me, not any woman I’ve ever dated or slept with, none of my friends. Not even the guy I once fooled around with in college.” Jason swallowed, a heavy, nervous gulp, then huffed out a self-conscious laugh, all the while never breaking eye contact. “You didn’t know that about me, did you? I’ve never told anyone until now.”

Ryder stood mute, in a state of suspended belief that Jason stood before him, saying these things to him. Jason—bisexual? Was that what he wanted to say? That explosive piece of information Ryder knew had never been shared with anyone before warmed his heart. Jason shared his secret with him, but Ryder remained uncertain what it ultimately meant to their friendship. His heart beat a wild, stuttering rhythm while blood pounded in his head.

As if he couldn’t bear to face Ryder with what he was about to say, Jason turned his back to him. His normally steady, calm voice shook somewhat, betraying exactly how deep his uncertainty ran. “I don’t know what I’m doing here. Am I gay now, ’cause I dream of you, your mouth, your tongue in my mouth? Or, am I bi? God, I can’t believe I’m even saying this, but it’s been making me crazy for weeks now, and I’m not sure what’s happening to me anymore.” He tried to laugh, but it came out choked. “I’m kinda lost at sea here, floating around without a paddle. You know”—a red flush stained the back of his neck—“sex with my ex-girlfriend was never that good. When I look back, it was always unsatisfying, a way to get off quick.” His whisper sounded like a shout to Ryder’s ears. “Maybe it’s why I’ve never thought of settling down. Maybe I knew something was missing.”

I have always been a romantic at heart. I believe that while life is tough, there is always a happy ending around the corner, my characters have to work for it, however. Like life in NYC, nothing comes easy and that includes love.

I live in New York City with my husband and two children and hopefully soon a cat of my own. My day begins with a lot of caffeine and ends with a glass or two of red wine. I practice law but daydream of a time when I can sit by a beach somewhere and write beautiful stories of men falling in love. Although there is bound to be a few bumps along the way, a Happily Ever After is always guaranteed.


a Rafflecopter giveaway
Posted by Give Me Books at 10:28 pm