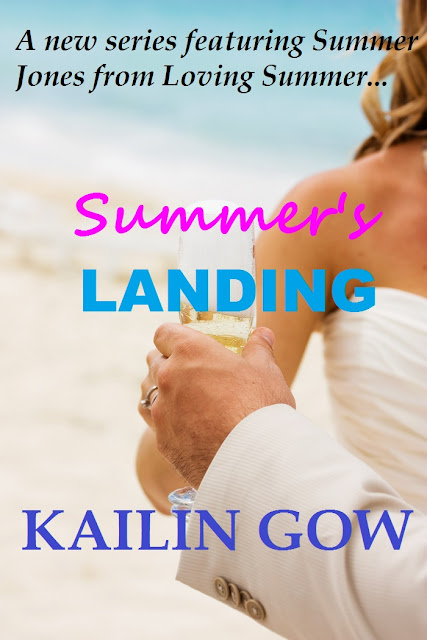 Summer's Landing is a new series about a more mature Summer Jones who is now 28 and working as a surgeon in Los Angeles. She was engaged to her long-time love, but now life is about to change with her fiance hovering between life and death. As a surgeon, she deals with life and death decisions everyday, but when tragedy hits too close to home, Summer faces the biggest decision in her life, one she will fall upon at a place called Summer's Landing.

Another tragedy. Another death. Now the man I am set to marry...the man I want to marry is hovering between life and death. We've just found his missing brother who had been under a different identity, a different life all this time. He's back in our lives...my fiance's smart, genius, and now hotter than ever older brother, who happens to be my first love since childhood...just to now have my fiance close to death.

How ironic? It's like the stars do not want us together. It's like we will never be together...my fiance and I. I don't know what to do...I don't know if I can do anything.

But it's as if somehow fate has another mind of its own. I won't know until all this plays out. My entire life has been a roller coaster, and now it seems it will come to a stop. I just need to know how to land.

He's there to help me...And I'm there too. Somehow the answers are there...at Summer's Landing.

Join us for the Amazing Release as a new addition to the beloved series, Loving Summer, which is in pre-production as a Feature Film, set to release in 2018!

“Believe me, only women with the IQ of a bunny would fall for that. Any women with any sense of dignity would never fall for that. At least, not twice.” I never fell for Drew’s ‘hey ladies look at me, I’m so hot’ line, didn’t I? Instead I fell for the sweet sensitive and passionate man that was always there to hold me and be there for me. That was the Drew I fell for, not this guy, whoever he was.

“Boy, Nat sure got himself a feisty one, didn’t he?” Drew said under his breath.

“I may be feisty and smart, but I can still please any man of mine in bed like a girl from the Best Little Whorehouse in Texas,” I said.

You have. When I used to get dressed up in nothing but lace and garter belts, and tie you up in silk stockings while I made you whimper in need for me with just one touch of my feather wand.

“You got more to you than you seem, Summer,” Drew said.

“You betcha,” I said. “I also happen to know there is something my man truly can’t resist and it gets to him all the time…”

“What?” Drew asked, his eyes now taking me in from head to toe.

“Two words,” I said looking into his eyes.

He licked his lips. “What?” 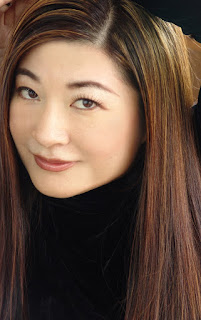 Having sold over 5 million books, produced and hosted 4 television shows now playing or soon to be playing on Amazon Prime TV and other channels; Kailin Gow was called an "innovating author" and an "Author as Influencer" by Goodreads executives at Book Expo America 2014 in their speech.

In 2015, Kailin Gow was announced as one of Cindy Crawford's Beauties, who is beautiful on the inside as well as the outside, along with Deborah Messing and Gabrielle Union.

She was called "a successful author who knows how to balance being an author and life" by Huffington Post. USA Today recommends her steamy romances while PBS Kids have recommended her Teen Fantasy Series.

Amazon highlighted her author success story on the homepage of Amazon.com and in the book, Transformations, noting how she turned her personal life's adversities dealing with her mother's cancer and daughter's autism into an inspiration and drive to write empowering books and stories for girls and women of all ages. She has proven by example that if you can achieve success as an author by hard-work and writing great stories even when the opportunities are not being offered to you.

Kailin Gow has garnered supportive and encouraging fans and readers from around the world of all ages and from all walks of life, who supports her vision to tell heartfelt stories with universal appeal and addresses issues such as bullying, abuse, discrimination, and empowerment.

All her books have some part of her own life infused into the stories, having had personal experience or inspired by someone who has. She is well-known in the film community as a writer and storyteller who is bold and writes female characters who are strong in their own ways.

Kailin Gow is not only a bestselling author who sold over 5 million books worldwide solely based on popularity, not counting the over 1 million copies downloaded of PULSE Vampire Series book 1, but she is a prolific filmmaker and screenwriter. Her Bitter Frost Series was made into a mobile game in 2015 and released in Asia, is now in production as a MMO Game for a release in 2016. Used to being in front of the camera as well as behind it, Kailin Gow will be starring in the tv series - Author A Parody, a comedy/drama based on her experiences and her author friends' experiences as an indie and hybrid author, which will be available to watch on Hulu, Amazon, Roku, and Asian television and international streaming channels in 2016. "You wouldn't believe some of the crazy and even vicious things that happened to me as an indie author when indies first started becoming bestselling ebooks. And there are tons of funny and hilarious things that will be in Author A Parody, which I think many readers and authors can relate to." Author A Parody is filmed in English and Chinese, an innovative new genre-breaking multicultural and multinational show people will be talking about even after the show.

An prolific television and film producer as well as a former legal executive at the Walt Disney Company, Kailin Gow is also the host of the popular travel/lifestyle tv show Kailin Gow's Go Girl (https://www.amazon.com/Queens/dp/B01GGUHU32) , the first season now almost complete and airing on Amazon Prime TV and other Channels.

Her PULSE Book Series' first book, Mysterious Teacher (a new spin-off prequel series), is already set to become a film, to be release in 2017.

Kailin Gow uses her author platform to bring awareness to issues affecting young adult and women. She has appeared on national radio as a regular guest on topics such as body image, self-esteem, dating and sexual relationships, bullying, and more; often brought up in her fiction books for young adults and women.

She is a graduate of the Annenberg School for Communications Masters in Management program in journalism, marketing and publishing at the University of Southern California.

An ALA YALSA Reader's Choice Nominated Author for her YA series, Frost Series, she was also an invited speaker at BEA 2014.

a Rafflecopter giveaway
Posted by Give Me Books at 1:26 pm