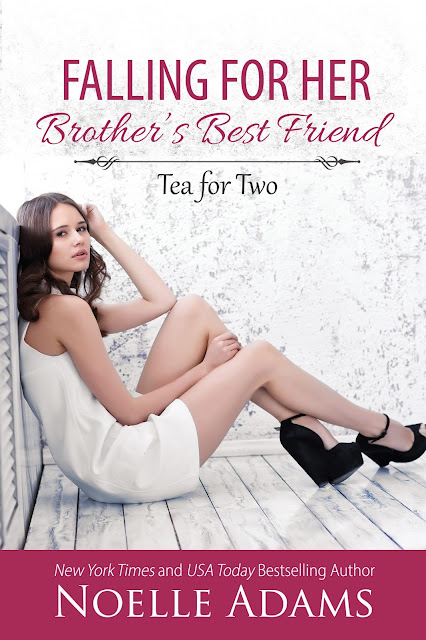 After too many bad decisions in romance, Emma is going on a man-fast. For the next six months, she’s fasting from men. No sex. No dating. No soulful gazes. No fond memories of her first crush. She’s going to spend the time focusing on her career, getting in touch with herself, and helping her two best friends with the launch of their new tea room. No men.

And that includes her brother’s best friend, Noah Hart, who has just returned to their hometown.

She doesn’t want Noah anyway. He might be even hotter than he was before, but he’s not a nice guy anymore. He’s made a fortune by acting ruthless in business, and the last thing he’s looking for is small-town domestic life. He doesn’t even want to be in town again, but a sick grandmother guilted him into it. Then he has nerve to not even recognize Emma when he sees her again. Maybe it’s been seven years, but a decent guy would remember his best friend’s little sister.

Noah is not a decent guy. Anyway, Emma is on a man-fast. And she doesn’t want Noah.

Fifteen years ago, three girls were thrown together because their brothers were best friends. Now they're all grown up, and their brothers are grown up too. The Tea for Two series tells their stories. 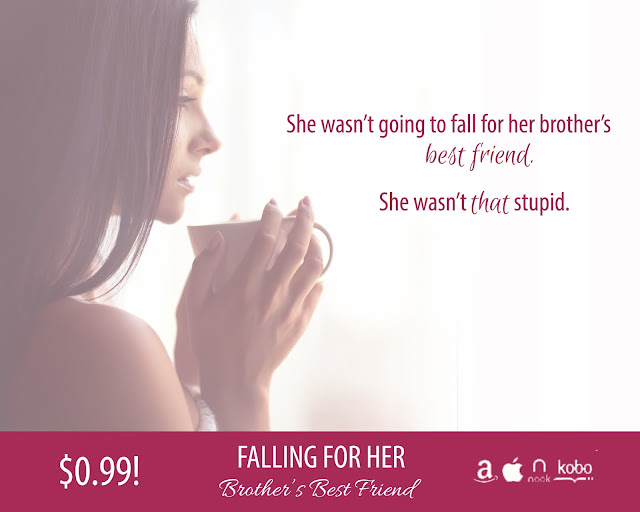 “No matter what you think, I’m not a little girl anymore.”

She had no idea why she was saying this. She was just rambling, too nervous to think through the words that were coming out of her mouth. And she was seriously having to hold herself back from reaching out toward him, taking hold of his shirt and pulling him closer.

He smelled so incredibly good. Not anything as strong as aftershave, but something warm and expensive.

She wanted to smell him even more.

She wanted to feel him.

She wanted to taste him.

He reached out and tilted up her face so she was looking at him. “I know you’re not a little girl, Emma.”

“You do?” she whispered, the world shuddering in front of her eyes.

“Damn it, Emma,” he rasped thickly, raising his other arm so he was holding her face in both hands. “Surely you know I’m seeing you as anything but a little girl.”

She was trembling now, and there was absolutely no way she could hold herself back. He was holding her face like she was precious, and the look in his eyes…

So filled with heat and hunger. She’d never seen anything like it.

She grabbed onto his shirt like she’d always wanted to and drew him even nearer, and then he was finally, finally kissing her.

Naturally, she was kissing him back.

His mouth was hard, hungry, seeking, and he slid one of his hands down her back until it was cupped around her bottom, pressing her more snugly against him.

Part of her mind registered that he was already hard, and the knowledge whirled dizzily in her mind—the knowledge that she could have this kind of effect on his body.

He stepped her backward until she was trapped between him and the railing of the front steps. They were on a public street. In front of her building. Anyone could see them. But the knowledge just made the whole thing even hotter, even more exciting.

She clutched at him eagerly, arching against him as his tongue delved deeper into her mouth, claiming her completely. The fingers of one hand were fisted in her hair now, and it felt possessive, thrillingly dominant.

She’d imagined herself in this position many times, but her dreams had never been like this. They’d been adolescent, foolishly romantic. Not hungry and carnal like this.

As if only each other could slake their desperate thirst. 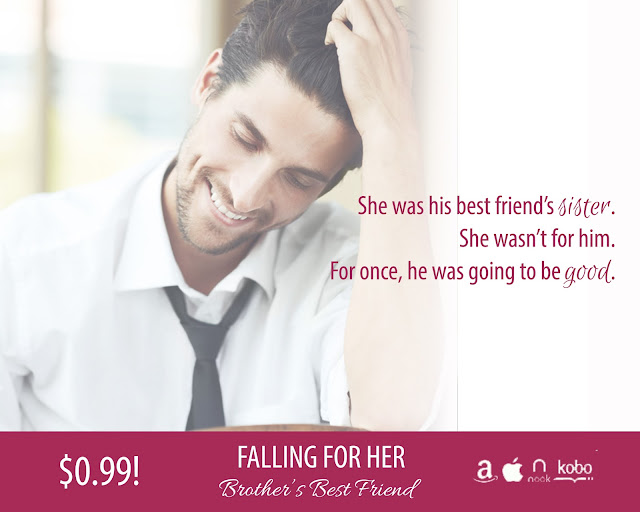