Release Boost - Start Me Up by Maggie Riley 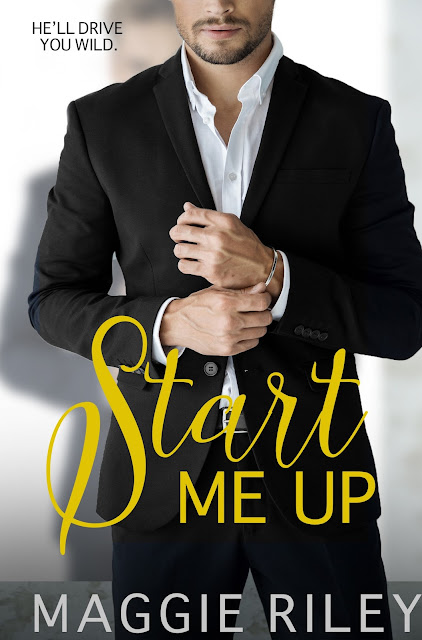 He's arrogant, sexy and aloof. And now I have to write his book.

Jack Willis is every bit the start-up prodigy—seriously smart, inventive, and totally sexy. With his incredible mind, extraordinary body, and a bank account with more zeroes than you can count, he would give the sharks from Shark Tank a run for their money. Everyone from Wall Street investors to drooling house wives wants a piece of him. Everyone except Libby Hanson, that is.

Libby Hanson is a crafty, curvy bombshell, more accustomed to macrame and crochet than fine dining and stealth engineering. She reads, she writes, she drinks wine with her cat...and she's never even heard of Jack Willis until she lands an interview that will change her life forever.

Jack needs a book written—and fast. His sexy new car is about to be released on the market, and a New York Times bestselling book would be the perfect marketing push to get his business to the next level. He could have any writer he wants: but he wants Libby. She's feisty, gorgeous, and has a way with words like nobody else.

To write his book, Libby has to see everything he does. She gets thrust into a brand new world of A-list red carpet events, meetings with executives, and long nights in the workshop that grow increasingly intimate. But to write a bestseller, Libby needs more. Their connection is off the charts, but she'll need to discover the real Jack—the man behind the inventions, the man who's steadily stealing her heart. Jack has secrets—lots of them—and Libby will do anything to get the scoop. With Jack's true nature coming to the surface, Libby finds herself torn—will she expose the man everyone is dying to get the dirt on? Or will she protect the man she is slowly but surely falling for? 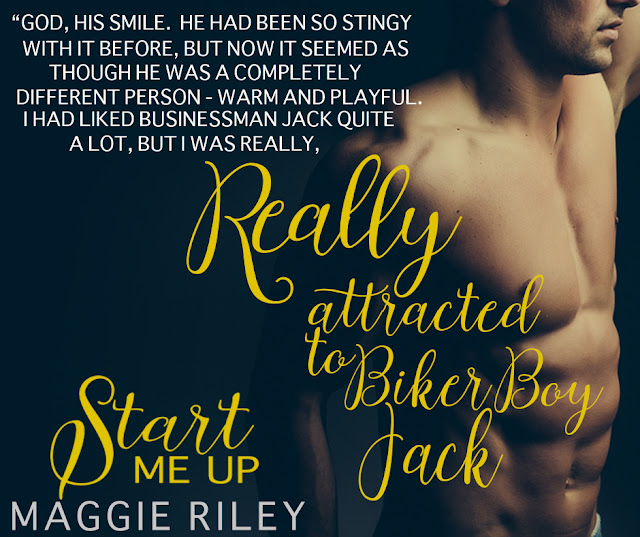 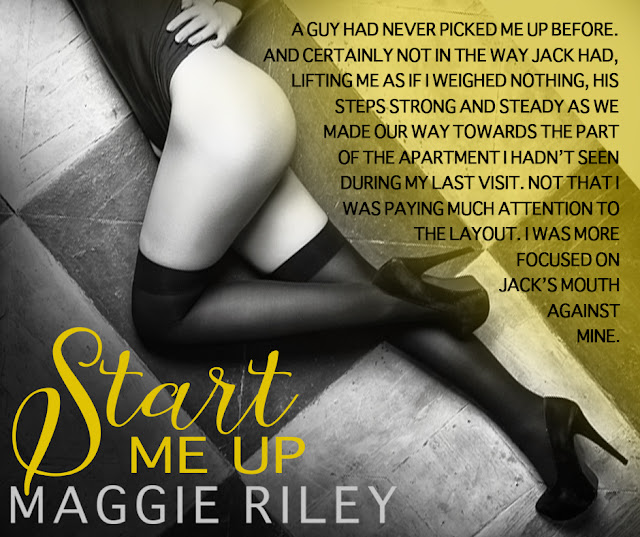 
“You have no idea what I do, do you?” I asked her point blank. No point beating around the bush for much longer. And I was curious how she’d react. Most people would stutter and immediately deny their lack of knowledge.
I wasn’t surprised when Libby’s reaction was different. Everything about her was different.
She laughed, the sound a little nervous and a little sheepish. “I don’t, I’m sorry,” she confessed. “I don’t like to come so unprepared, but I’m afraid no one was very forthcoming with details about the job. Just that someone needed a ghostwriter.”
“Only you didn’t know who that someone was,” I leaned back, watching her.
I couldn’t help it. There was something about her that captivated me. And I was the kind of man that paid attention when my gut told me to. I wouldn’t have gotten as far as I had if I hadn’t developed a pretty damn good set of instincts. And my instincts were saying that Libby Hanson deserved a closer look.
Two red spots had appeared on her cheeks. “I’m afraid to say I didn’t know who you were when I walked in. And I still don’t.”
Even my name hadn’t sparked any recognition. Either Libby had been living under a rock for the past few years or she just didn’t travel in the kind of circles that discussed the latest tech inventions. Or the latest millionaire gossip mill. It was incredibly refreshing. Everyone else I had interviewed for the ghostwriter job had nearly fallen over themselves, quoting other articles or pieces that had been written about me, trying to impress me. And that was if they were men. If they were women, they tended to start batting their eyelashes and making unsubtle attempts to display various body parts. Even though it had been happening for years – ever since my name and photo were on the cover of Forbes – I still couldn’t get used to women throwing themselves at me with such aggression. I’d always been lucky with the ladies, but the fame and the money made it out of control. I didn’t like fawning, I just found it annoying. And I really didn’t want to work with someone who was going to try to flatter and butter me up, even if it was for the sake of the book. A book which I had been loathed to do in the first place. I hated talking about myself. I wanted to talk about the work, about what I wanted to accomplish, not which supermodel I was rumored to be dating or all the money I was making. My personal life was just that – personal. And I intended to keep that side of me out of the press and out of this book.
Which is why I found Libby’s lack of information appealing, and I saw the opportunity to avoid the usual pitfalls I often found when being interviewed. She didn’t know me, didn’t know my reputation. She would be able to approach this book without any preconceived notions. Without any agenda. It could actually be about the work, and not about me.
For the first time the book didn’t seem like the worst idea ever.
“You’re hired,” I told her. 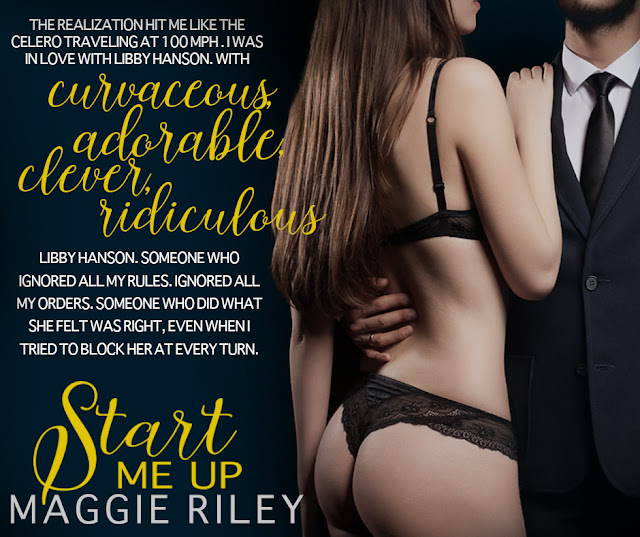 Maggie Riley is a contemporary romance author whose interests include red wine, sushi, strolls through Central Park, and steamy men- both real and imaginary. She lives on the Upper East Side with her German Shepherd, Penny. 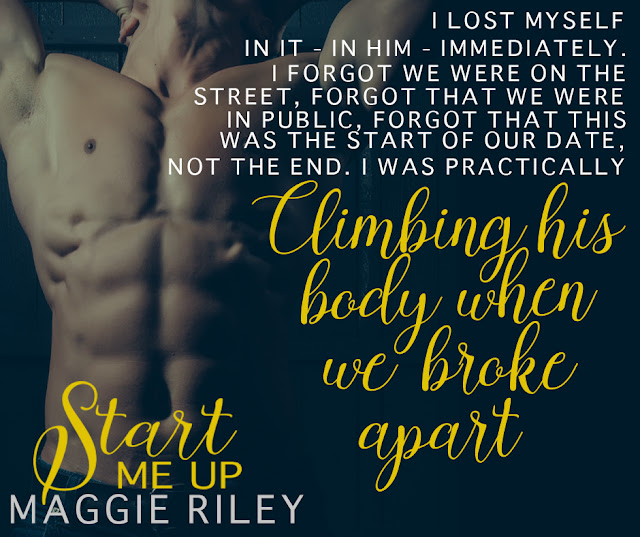 Email ThisBlogThis!Share to TwitterShare to FacebookShare to Pinterest
Labels: Maggie Riley, Release Boost, Start Me Up