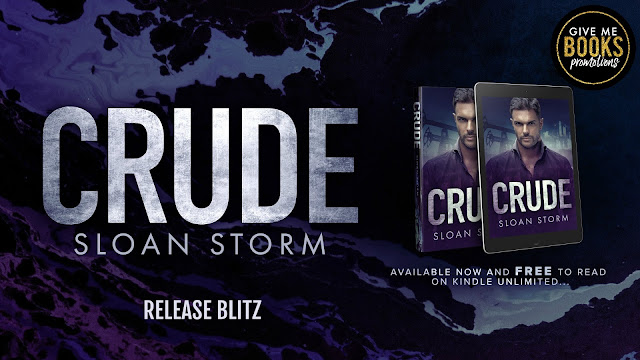 Hunky oil billionaire Colt Kincade demands I sell him my ranch. But I refuse, and he's not happy about it.
Pfft. Whatever. Mr. Tall, Dark and Country thinks he can get whatever he wants, huh?
Well, I'm not some social-climbing, gold-digging, moon-eyed-orbiter lusting after him just because he's hotter than a two-dollar pistol. He may have tongues wagging all across the Lone Star state, but his charms won't work on me.
I hate everything about him - his tantalizing Texas drawl, his swaggering God's gift attitude, his soul-searing, come-and-get-it-girls stare.
And no. I don't care that he loves dogs, his momma or his daddy's dusty old pickup.
He's trouble. Trouble I do not need. Besides, I've got problems of my own.
Broke? Yep.
Single? Sadly.
Desperate? Getting there.
The truth is, I'm running out of time, out of options, and out of hope.
I need the money he's offering.
But even worse, my heart thinks it needs Colt, too.

I’m not sure what was harder.

Slipping and sliding all over the place from that damn hot yoga or trying to keep my cock from tying in a knot. I had a vague idea of what I expected her to look like…

And it sure as hell wasn’t this.

I went there with one thing in mind… completing my mission and closing the deal.

But, after watching her curvy figure prowl around the classroom for an hour, drilling of a different sort was on my mind. However, despite her earlier behavior, or maybe because of it, Jessie kept it professional, stopping by once or twice to correct my form.

Did that matter to me, though?

Wherever her tiny hands touched, my skin lit up like red-hot charcoal.

After class ended, I hung around, sipping on some cold water and toweling off. Shit, sweat poured from places I didn’t know it could. No idea how people made a regular habit of this insanity.

That room was hotter than all git out.

She chatted with one of the folks in the class, I polished off my drink and headed her direction. Thing is, I had to be careful. Sending the wrong message would get me in a heap of trouble and no closer to the actual reason I’d come there.

I closed in on her, our eyes met.

What a damn angel.

Lucky for me she didn’t bear any resemblance to ole Clint. Poor bastard was so ugly his momma had to tie a pork chop around his neck so the dogs would play with him.

No, she got her looks from her mother.

Especially those eyes - big and blue and bright - like nothing I’d ever seen.

Jessie tucked a wisp of loose hair behind her ear.

“I was pretty impressed with you,” she said before finishing her dig with a cute little wink. “Not bad. Usually big guys like yourself quit the first time around. They never come back after that.”

I enjoyed her teasing.

“That a fact? What makes you think this is my first time?”

Jessie shot me a liar’s look, wrapping her fingers around her hips.

“Fair enough.” Held up my hands, showed her my palms. “I guess you could say this is my first yoga rodeo.”

So, my initial plan was to just get it over with, explain what I was doing there, see how she reacted. But, the longer we talked, the more impossible I realized that would be. Bullets were already flying, ricocheting on the battlefield, and I needed a new strategy.

After all, I’d have to reveal everything to her.

No way in hell that would work.

Somehow a random stranger knew everything about her life, including her adoption. Also, I knew her birth father, was a friend of his. If that wasn’t enough to have her kicking me out the front door, she was the heir to a ranch I needed in the worst way.

Course I was under the gun to get the damn deal done before Tucker tracked her down. My gut told me there had to be another way to make it happen, but my brain hadn’t bothered to provide me any details. Getting an eyeful of that tight, lean body of hers though, I knew one thing for sure.

This wasn’t the time or place to be in deal-making mode.

“So,” she began, snapping me out of my strategizing. “Are you from out of town? Here on business?”

“No, Dallas born and bred.”

“Uh huh.” Jessie deadpanned. “Hmm, why do I feel like you don’t belong in a yoga studio?”

“Because I don’t. Said so yourself.”

“Well, do you think you’ll come back? Hot yoga isn’t the easiest class for a beginner. We have other options.”

“Do you teach any of those options?”

“No. I only teach the advanced classes.”

“I suppose I’ll have to take my chances then. Hope I don’t turn myself into a pretzel in the meantime.”

She chirped a melodic laugh - the type a man never tires of hearing. It was like the first bird you hear when Spring’s sprung at last. When she finished, Jessie drew her hands together at her waiflike waist, smiling so bright, I swore I saw it twinkle.

“Well, it was nice meeting you. I’ve got one more class to teach, so if you’ll excuse me, I need to get ready for it.”

“Pleasure,” I replied, stepping to one side and letting her pass.

When she walked off, my body caught fire. Barely an hour in her presence and that little woman stirred sensations inside of me that’d been dormant for a long damn time. She turned and looked at me over her shoulder, catching me in the act.

Didn’t matter. I wasn’t ashamed of anything.

I stared right back at her, letting her know there’d be more sweat in our future and not a yoga mat in sight.

After she left though, I blew out a long breath.

I wouldn’t go so far as to say her beauty and gentle spirit hypnotized me, but it was awful close. That little dove was a far cry from the viper pit of the social scene around Dallas. Over the years, I’d seen some women do crazy shit to remain in my orbit.

She didn’t know a thing about me.

She was just… herself.

No pretending. No gold-digging. No horseshit games.

“Hmm,” I muttered, wiping my brow with the towel. “This is gonna be a problem.”

Damn it to hell, Colt.

Sloan Storm pens imaginative yarns based on dominant men and the women who challenge them. As such, power plays and passion are the heart of each and every story.

The writer's creative tendencies may drift as the mood strikes, but the essence of all tales told wind up back at the same place... the polarizing difference between the sexes.

When not glued to a keyboard creating tales of whimsy, Sloan loves to talk to fans! If you want to connect, you can do it in any number of ways.