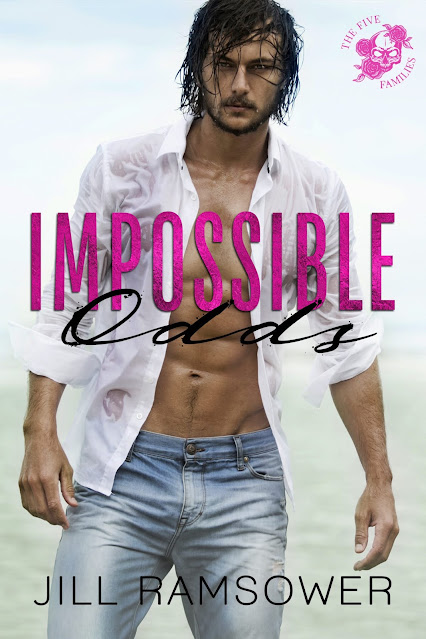 He was a vision of power and privilege.
Ruthless arrogance personified.
A total stranger and an irresistible challenge.
I approached him in a busy casino and felt the sting of his brutal rejection.
Then I did something incredibly brazen. Impulsive. Reckless.
I stole from him.
The object was inconsequential, only worth a handful of dollars.
I didn’t do it for the money; it was about making a statement.
I went back home thousands of miles away without giving him a second thought until I spotted those quicksilver eyes glaring at me across a busy nightclub.
It was too impossible to be a coincidence.
Yet, there he was, seething with a violent promise of retribution.
He thought he’d intimidate me.
Hunt me down and make me pay.
What he didn’t realize was I don’t scare easily.
My name is Giada Genovese, and I’m a goddamn mafia princess.
ADD TO GOODREADS 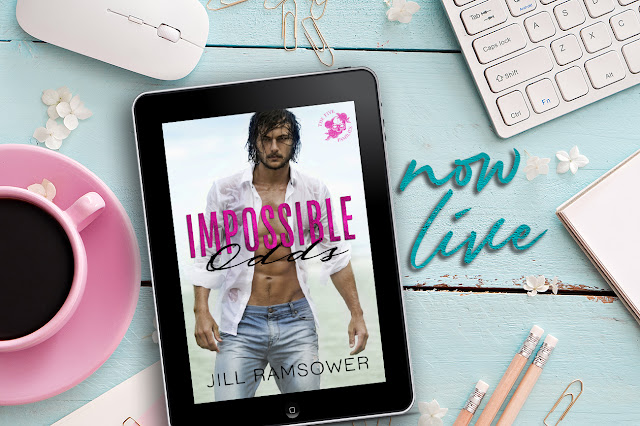 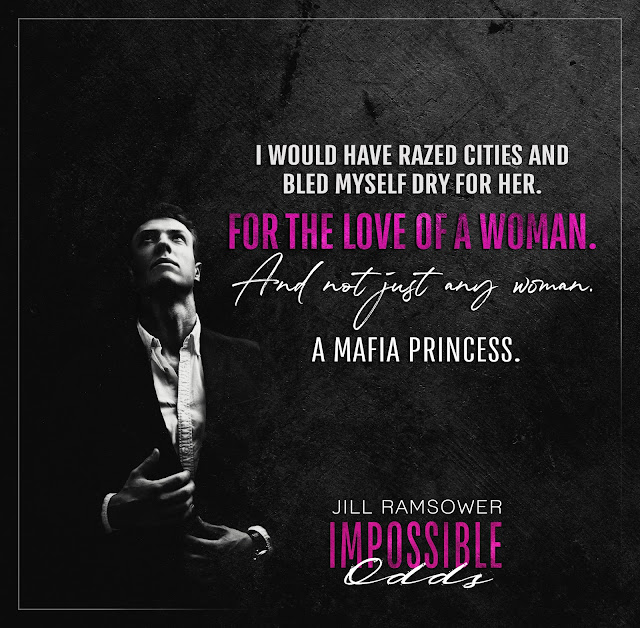 EXCERPT
Once the trap was set, I found a place to wait where I could keep an eye on Giada. When she made her way to the restroom a half hour later, I followed her and stationed myself beside the door. My fingers twitched with the need to touch her. The second she exited the restroom, I wrapped my hand over her mouth and shoved her into the storage room.
She was momentarily too shocked to struggle, fumbling to stay upright and gasping against the palm of my hand. My veins surged with adrenaline. I’d been waiting for this moment for two weeks, tracking Giada down and biding my time for the right moment to strike. Now, I had her in my arms and at my mercy.
The rush of power was intoxicating.
Exhilarating.
Addicting.
The storage room light was set to a motion detector, so harsh fluorescent light flooded the space when the door flung open, making it hard to see since my eyes had adjusted to the dim lighting of the club. The far wall was lined with shelves containing supplies, and mops in buckets along with brooms and vacuums filled the center of the cramped room. That was fine with me. All I needed was a small space away from prying eyes.
As soon as we were inside the room, I slammed the door shut and spun Giada around. Pressing her back against the wall beside the door, I instantly replaced my hand over her mouth. The club was loud, but she could easily be heard by people in the hallway if she screamed.
The second our eyes met, shock and fear melted into recognition and … indignation? Her wide eyes narrowed to harsh slits of emerald rage, and she ceased struggling, her back stiffening and muscles tensing.
Who was this fucking audacious woman?
She had stolen from me, yet she had the gall to glare at me as if I were in the wrong. I wasn’t sure if I wanted to knock her down from her high horse or worship at her majestic feet. Just like before, she stirred an inferno of conflicting emotions inside me.
I held her gaze, steady and unyielding. She was brave, I would give her that, but too much courage could be foolhardy. Sometimes it was good to know when to yield. The more she stood against me, the more my primal side wanted to conquer her.
“Somebody’s been a very naughty girl.” 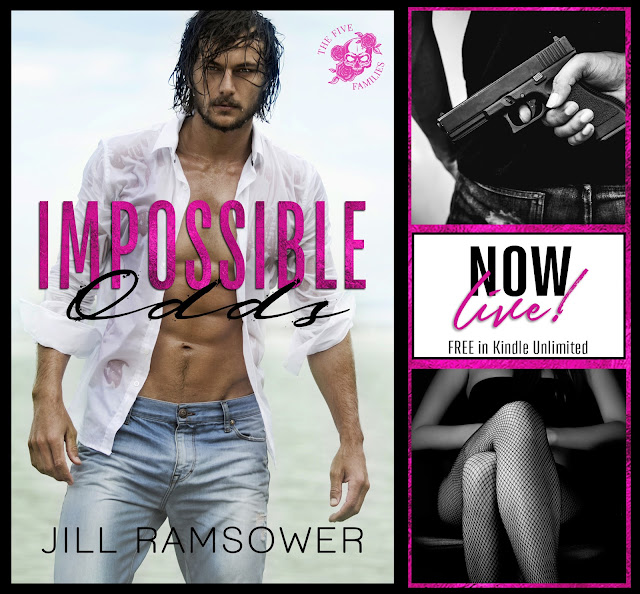 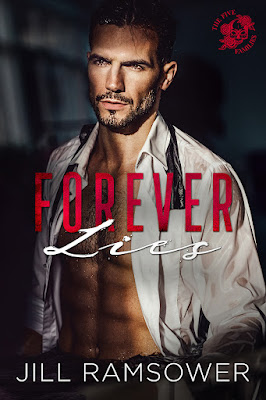 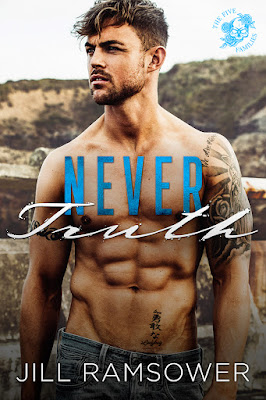 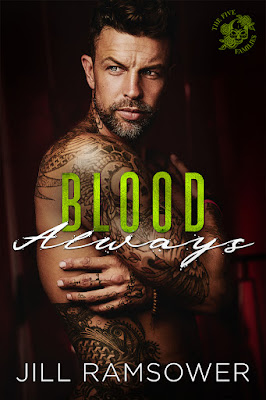 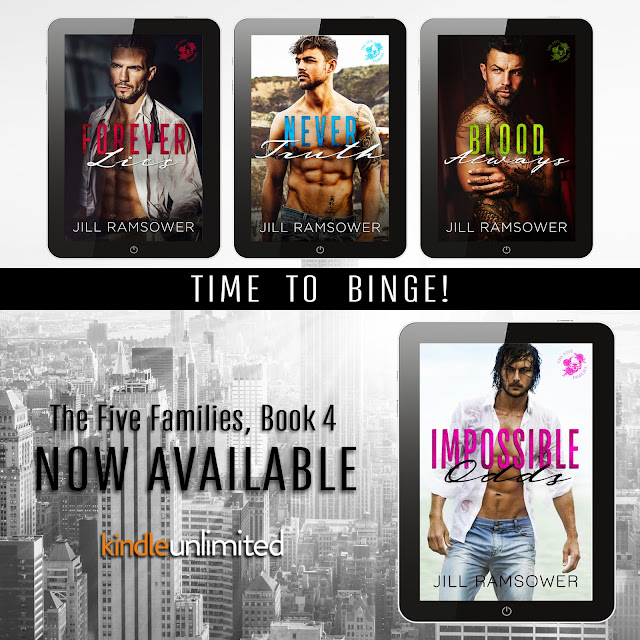 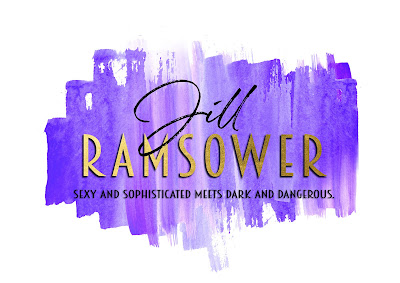 Within a year of self-publishing her first book, Jill Ramsower quit her job as an attorney and dedicated her days to churning out romantic adventures. She likes to think of her books as contemporary romance with a touch of fantasy—at its core, her writing is about the connection between two people. Sometimes that connection involves a little magic…

With Jill’s books, you can count on confident heroines, plenty of steamy tension, and deliciously assertive leading men. There are no guarantees in life, but with her books, you know everything will work out in the end. However, a perfect ending would not be nearly as satisfying without a seemingly insurmountable challenge. Jill loves to add plenty of adversity in her stories, creating unforgettably dynamic characters and sneaky plot twists you will never see coming.

Jill is a Texan, born and raised. She manages the hectic social calendars for her three active children and occasionally spends an evening with her dashing husband. Aside from being an author and a mom, she's a travel junkie and loves to read when she is not lost in her own stories. 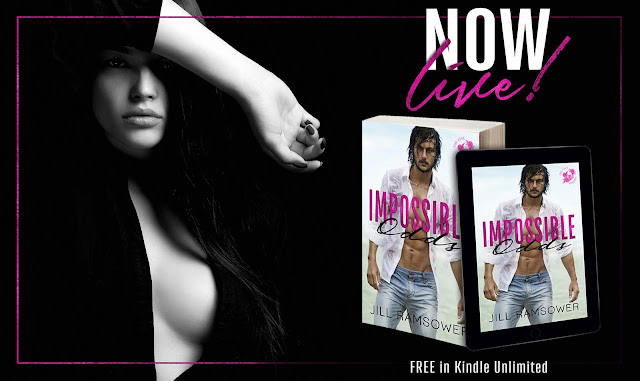 GIVEAWAY
a Rafflecopter giveaway
Posted by Jo Webb at 9:30 pm