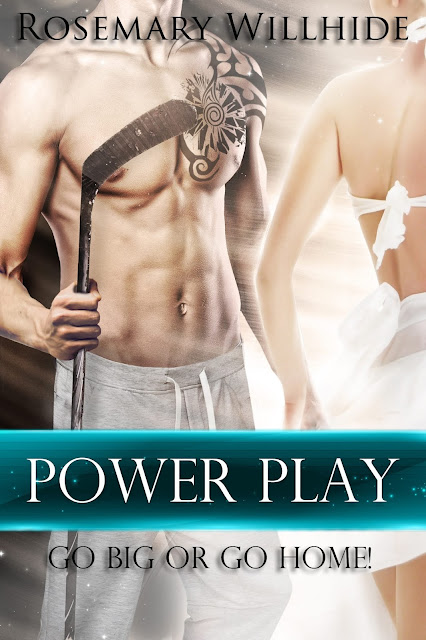 Desperate times call for desperate measures.
When the bad boy of the NHL, Zack Parker, lands himself in a public relations nightmare, his manager hatches a foolproof plan to get him out of trouble. With Zack’s hockey career in limbo, he reluctantly agrees to compete on a reality TV show called The Stars of Ballroom.
At the end of the day, Zack figures he’ll slog his way through the first week, get voted off and everyone will forget about his latest scandal, plus he’ll score a brand-new contract with the Vegas Royals.
What he doesn’t bank on is his tough, no-nonsense dance partner, Hannah Thorne from the UK. After missing the show last year due to an injury, Hannah is back and ready to battle it out to the end. She’s won the show twice and if she takes home the top prize again it will make her the only three-time champion of The Stars of Ballroom.
Hannah is a fighter and has zero patience for Zack and his bad-boy ways. Her future depends on this victory, and she’s willing to risk everything to win.
Go big or go home!
ADD TO GOODREADS 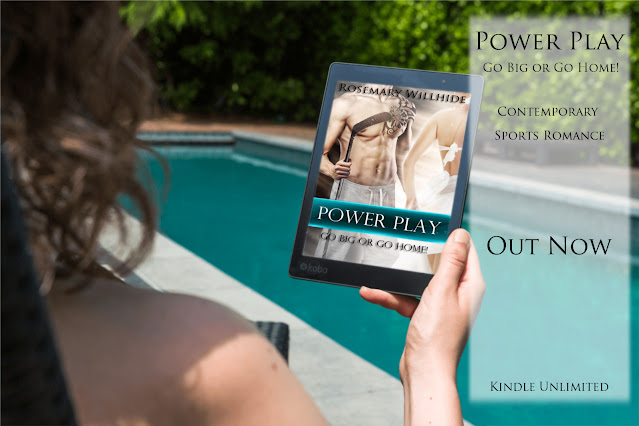 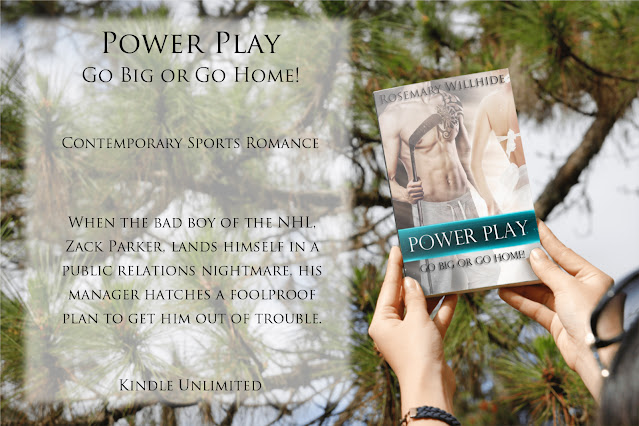 Zack
“You totally fucked up this time,” my manager, Greg, huffed into the phone. “What the hell were you thinking, Zack? Jesus Christ, first you get ejected from the game, then kicked out of Drai’s After Hours Club? Was it not enough to ruin the team’s last chance to get into the playoffs, you had to cause a scandal in the process? It’s all over the news, ‘Hockey’s bad boy, Zack Parker from the Vegas Royals, urinates in a potted plant. Drai’s cries foul.’ This is a PR nightmare.”
“Are you through?” I heaved, not wanting to listen to any more of his bullshit. “My head is killing me and I’m fucking tired.”
“Through?” he bellowed. “I’m just getting started. You’re lucky Drai’s only kicked your ass out and didn’t press charges. You need to make some changes or—”
“Or what?” I spat back and hurled myself out of bed to get water or whiskey, whatever I found first. “I was the Royals’ leading scorer this season. So we didn’t make the playoffs. Big deal. There’s always next year.”
“Don’t you get it, Zack? There won’t be a next year if you don’t clean up your act.”
I halted in my tracks. “What the fuck are you talking about?”
After a pause, Greg sighed. “The owner of the Royals, he’s pissed. This isn’t the first time you’ve been in the press with this kind of crap. They’re seriously considering dropping you from the team. You’re in between contracts. Last night might’ve been the final straw. What’s going on, man? What happened to you? You used to be a fighter, the king of teamwork.”
“Maybe I just don’t feel like I have anything left to fight for.”
I gave up everything for hockey. I kept telling myself the injuries, the things I missed out on, would be worth it someday. Then, my parents were killed in a car accident last year. What’s the point of playing by the rules? What’s the point of anything?
“Listen, Zack,” Greg said in a less angry tone. “I know you haven’t been yourself, but you’re going to have to help me out here. Do you want to call it quits?”
“Fuck no. What the hell would I do with myself? Although, the thought of a long off-season isn’t the worst thing in the world. I can get out of the states and party abroad where no one knows me. Finally, have some damn fun.”
“They’ve got paparazzi and camera phones abroad too. One more slip-up and I won’t be able to get you signed anywhere for next season.”
“That’s not true. Last week you said the Warriors wanted me back.”
“They rescinded their offer early this morning.”
“Jesus Christ. Fucking assholes.” I grabbed a bottle of water and flopped on the sofa. “Okay, bro, I’m all ears. What do you suggest?”
“Rehab. Now, before you curse me out, just listen. There’s a nice place in Malibu you could chill for a while until this blows over. It’ll show everyone you’re making an effort, then we can get you signed for next season.”
“That’s a hard no. The prick that killed my parents was a drunk. I’m not like him. Hell, last night was practically the only serious partying I’d done all season.”
“Well, I’ve got one more suggestion and you’re not going to like it.”
“Then, I can hardly fucking wait, hit me.”
Greg cleared his throat. “We rehab your image. I got a call from that show, The Stars of Ballroom, Marcus White had to pull out. He tore his Achilles.”
“I’m going to stop you right there. There’s no fucking way I’m going on some goofy dance show.”
“It’s not a goofy dance show,” Greg argued. “Marcus was an all-pro football player, a real athlete in his day. He said in some ways it was tougher than spring training.”
“The answer is no. I can’t believe the producers would even want me. Isn’t it a family show?”
“Yeah, a squeaky clean family show. And for the record, they didn’t contact me about you. They wanted Holmes, my other client. I had to talk them into you.”
“You’re wasting your breath, man. The Stars of Ballroom is out. What other bright ideas have you got?”
“That’s it, Zack. I got nothing else. Think of it this way, the first live show is a week from Friday and it only lasts six weeks. It’ll keep you out of trouble and in shape. I spoke to coach Gerard today. He told me if you do the show, he’ll personally go to the mat to keep you on the team. Think of the press, nothing but positive G-rated shit to get you out of this mess.”
I rubbed my forehead, pissed that I found myself in this mess. Was there a way to make the best of it? “So, what do they do? Pair me up with a hot dancer? I do love a dancer’s body. What’s my partner look like?” “She’s pretty in a refined way, not the stripper way you’re thinking about. Which brings me to my next point. You can’t fuck your partner. It’ll ruin everything. Your relationship with her has to remain a hundred-percent professional.” 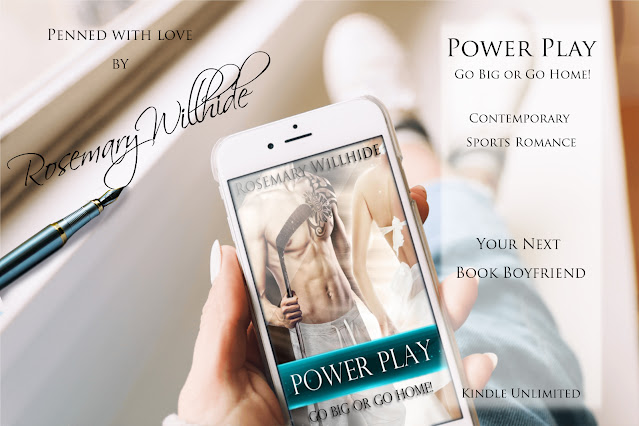 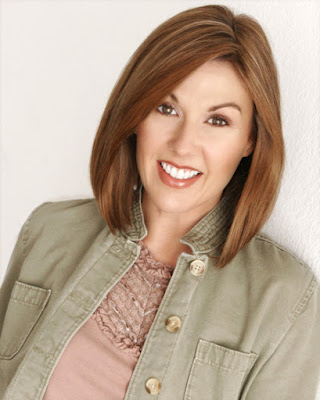 I’m an actress, turned fitness instructor, turned author of naughty shenanigans. I’ve told stories and entertained people my entire life. Writing is my favorite because I don’t have to leave the house or put on pants. Plus, the voices in my head always do what I say, for the most part. LOL!

I live in Las Vegas with my husband, Bill and my adopted pooches, Harley and Brownie. I still teach cycling classes. It keeps me sane-ish. Welcome to my world. 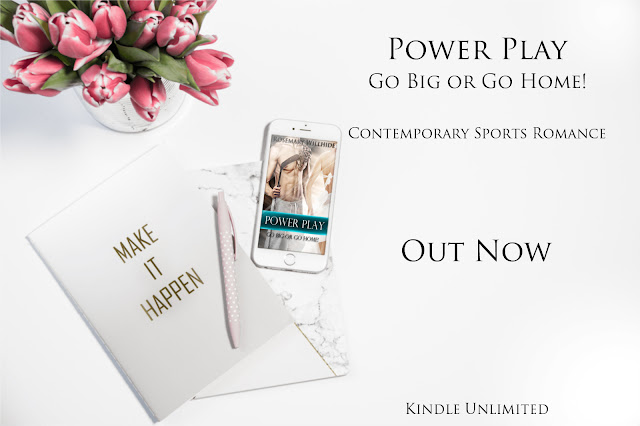