Welcome to the Rebecca Berto re-branding event! All of Rebecca's books have had a make-over to create a unified look, shared amongst all her titles. Read on to see the covers and learn more . . 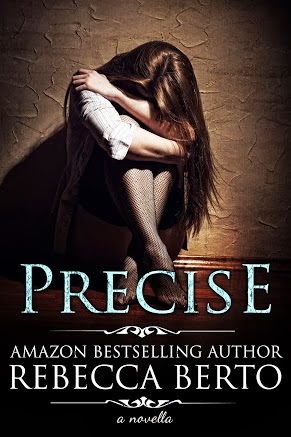 Katie is a wife, a caring best friend, and the one person her mother, Rochelle, hates more than anyone. No one sees the darkness lurking just under the surface of their mother-daughter relationship, instead viewing Rochelle as misunderstood. That she has so much love for her daughter that she may seem harsh.
Wrong. So wrong.
Katie grew up taught that she was the cause of Rochelle’s miscarriages. She grew up with the belief she shouldn’t be happy knowing she’d caused her mom so much pain and suffering. Now Katie is pregnant and Rochelle is out to stop Katie from ruining her baby’s life—just like Katie ruined her own.
Still, Katie can’t imagine killing the life growing inside her. Hell hath no fury like Rochelle with a vengeance to make Katie pay for ruining her life.
In Rochelle’s quest for power, Katie’s baby is the pawn.
Add to: Goodreads
Purchase Links 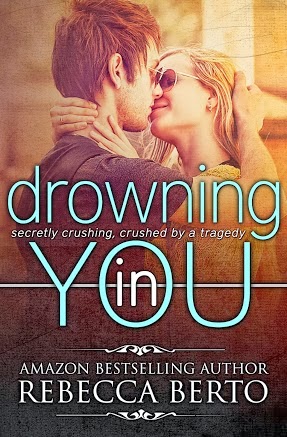 Crushed by a tragedy


Charlee May’s been crushing on Dexter Hollingworth since she was fifteen. Five years later, a horrific skiing disaster leaves her millionaire dad critically injured and her mom dead at the hands of Dexter operating the lifts. Charlee is suddenly the sole caretaker for her little brother while their world falls apart.
Dexter couldn’t be more different from Charlee. He’s tattooed avoids exclusive relationships and his Dad has a fair share of illegal dealings. With Dexter’s reputation, almost everyone believes he planned the skiing disaster.
And after all these years he’s still crushing on Charlee May, the girl who’s too good for him.
When this cruel twist of fate ties Charlee’s family and Dexter’s reputation together, Charlee and Dexter wonder if their feelings are reciprocated, while Dexter discovers his dad is trying to steal the May’s millionaire fortune.
But like an addiction, one look, one touch, one taste—they’re hooked no matter the consequences. 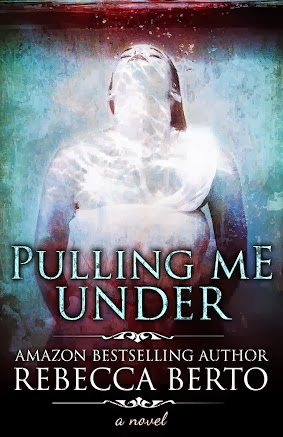 Paul was Katie’s rock for thirteen years, but then she watched him die.
By day, she is left with her daughter Ella’s questions about where Daddy went, and at night she's consumed with nightmares of the moment he died. It isn’t long before Katie’s mother hints that her volatile lifestyle and developing drinking habits are no way to raise a little girl.
Through it all, her and Paul’s best friend, Liam is there. Grieving the death of both husband and friend, the time they spend together seems more intimate these days, and Katie soon stumbles into taboo territory: Liam might be in love with her.
Torn between Liam’s feelings and losing Ella, one night Katie runs.
Air. Space. Thinking time. That's what she thinks she's getting when she stumbles upon that party. In the morning, in a strange bed, she can’t remember the night before.
Pulling Me Under is raw in its brutality of love and pain, with slow-building suspense to a heart-stopping conclusion.
Add to: Goodreads
Purchase Links 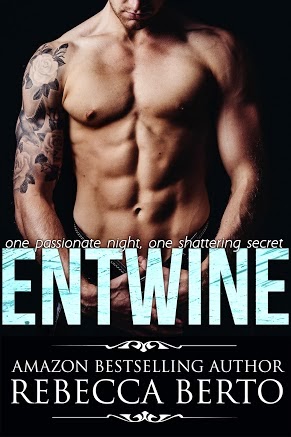 Sarah Langham’s life was the epitome of normal until her dad slept with another woman when she was sixteen. It ripped her family apart.
Twenty-two-year-old Sarah has it together, though.
Waiting at the train station to go home from her first day of her first proper job out of university, she spots a man.
He is an enigma to her. She’s drawn to him, with his square jaw; buzz of hair; and his tall, solid frame, seen under the contours of his business suit. And he’s been looking at her, too. Fate pulls them together that night on a whirlwind date, exceeding anything Sarah’s experienced before. He’s even more into her than she’s into him. Finally, she wants to trust a guy for the first time since she was sixteen.
But then they discover something.
Something that meant they were never two strangers at a train station.
And it threatens to tear their future apart before it, really, ever begins.
Add to: Goodreads
Purchase Links 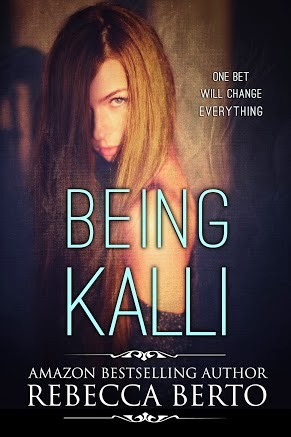 At nineteen, Kalli Perkins has never been in love and doesn’t ever intend to be. She has her issues handled. She’s managed to keep the secret of what happened to her nine years ago from her mother, although her mother’s usually high anyway and barely notices Kalli or her little brothers.
One night at a party, Kalli makes a bet with her friend, Nate, that could change everything. But she didn’t count on him. Nate’s very capable of satisfying her, not only under her clothes, but in her heart, too.
She just doesn’t know it yet.
Add to : Goodreads
Purchase Links

Amazon Int’l  |  B&N  |  iTunes  |  Kobo
ABOUT THE AUTHOR
Rebecca Berto writes stories about love and relationships. She gets a thrill when her readers are emotional reading her books, and gets even more of a kick when they tell her so. She's strangely imaginative, spends too much time on her computer, and is certifiably crazy when she works on her fiction.
Rebecca Berto lives in Melbourne, Australia with her boyfriend and their doggy.
Follow the author at these links
Website | Facebook | Twitter | Goodreads | Amazon | Berto Designs