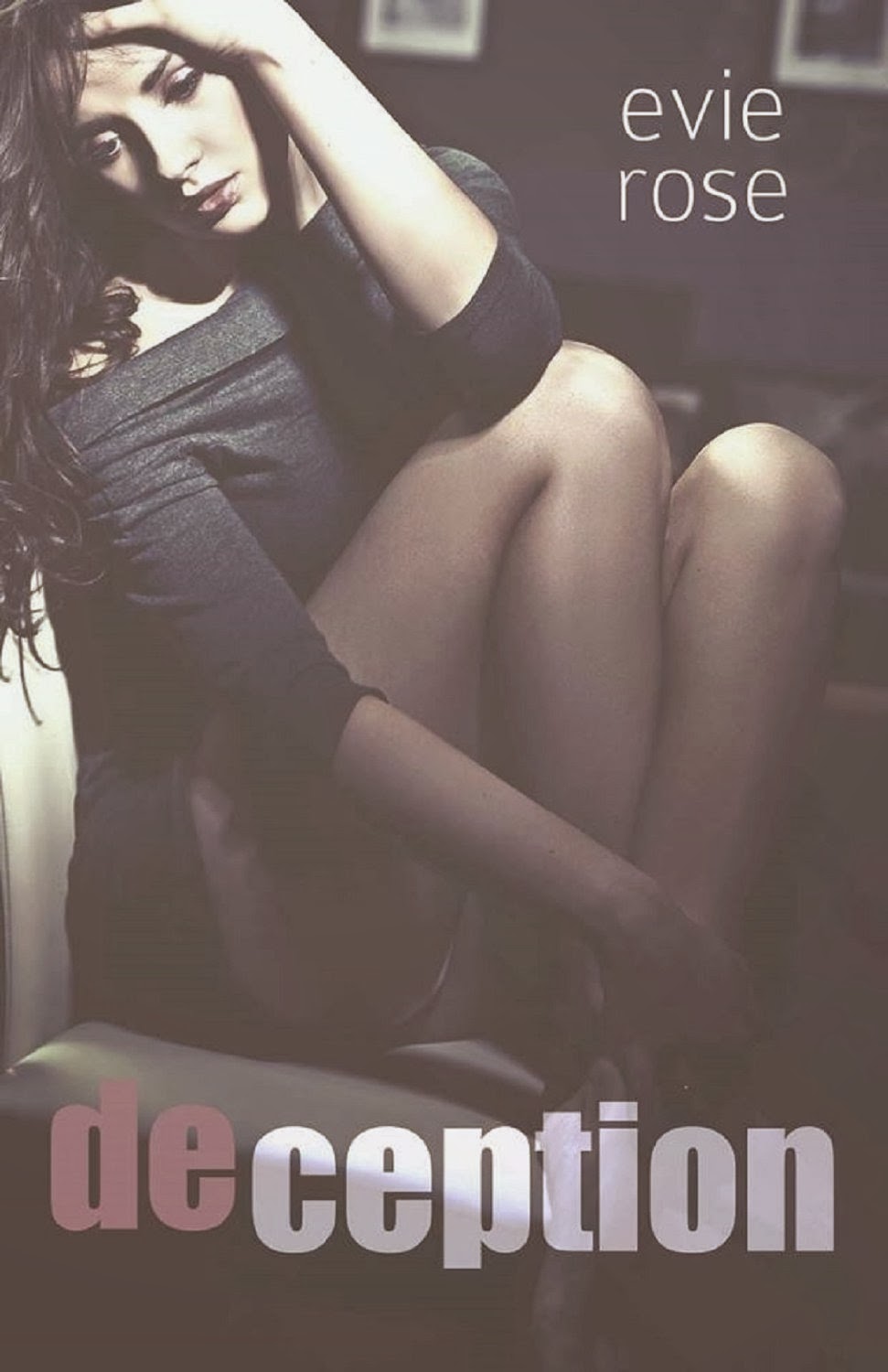 After years of abuse, Roxi is an expert at deceiving the people around her. Everyone believes she has a picture perfect family, with a loving husband and a sweet little boy. They think she resides in a beautiful house and has a luxurious lifestyle, although, that couldn’t be further from the truth. Underneath the facade is a tormented soul, poised on the brink of giving up hope of ever finding a better tomorrow.

Luke’s past haunts him every single day. Not a second goes by without deep sorrow plaguing him. He will never forget what he’s done, he doesn’t want to. No one is more deserving of guilt eating away at them than he is… or so he believes. He spends his time, forever trying to make up for the one mistake that ruined the lives of his loved ones, as well as his own.

From the first time they meet, cracks begin to form in the mask Roxi wears and Luke sees right through them. The only question is, will he realize he’s worthy of love and step in to save her before it’s too late, or continue to think he’s undeserving of true happiness?

Deception by Evie Rose exposes and goes in depth on the difficult tough heavy subject matters of physical and emotional abuse and as well as guilt. The definition of deception is the act to propagate beliefs that are not true, or not the whole truth as in half truths or omission.  In this book,  we are introduced to two characters, Luke and Roxi, who have perfected the act of deception. Behind their facade and tough exteriors lies two broken individuals who shares a common connections of abuse and guilt.  How long can one deceived oneself of one’s true honesty and happiness? When is one finally able to accept the things we cannot change? How long will we let our guilt eat us alive? Do our past defines us? How long one must be the punching bag before one realizes that there is a better life out there?

Roxie has perfected the role of a cookie image of a dutiful wife and mother but behind the facade lies a broken and tormented woman whose life is anything but perfect. Behind the money and mansion, lies a broken beaten and abused wife. The once lively, upbeat, and hopeful woman with dreams now only lives in fear. Fear for her safety and of her son, Ricky. All of her friends and family have been deceived and manipulated by Roxie’s husband, Joseph.  The man she married can be only described as a monster. The only outlet for Roxie’s pain is through cutting and running. She cuts and hurts herself to remind herself of the pain, sadness, and hurt she goes through everyday.  Roxie also finds running as way for her to temporarily escape the hell that she is living in.

Luke, a firefighter, is a man who lives in a world of guilt. A guilt that has tormented and shaped who he is.  In his youth, Luke has suffered and witnessed the physical and emotional abuse that his father has laid on his mother.  In his need to escape the torment, he found drugs and alcohol as his way to cope and ease the pain. But one night, Luke made a mistake that will forever haunt him...the death of his family.

When Roxie decides to go out for a run, she runs across Luke. She instantly finds him attractive and is drawn to him. As with Luke, he too finds her attractive and beautiful but one problem: She is married and has a kid.  Since both finds running as a way for them to clear their mind, they soon became running buddies and develops a friendship. As they developed a closer friendship, Luke learns of Roxie’s secrets. He encourages her to leave her husband and to move into his house temporarily till she gets back on her feet.  When Roxie finally decides to leave her husband, an enraged Joseph unleashes torment on her and Ricky and decides to burn mother and son alive by setting their house on fire.  When Luke’s fire station hears of the news of a house caught on fire, Luke is immediately on high alert and panic sets in  when he hears that it’s Roxie’s house. With adrenaline coursing through him, Luke storms into the burning inferno and rescues Roxie and Ricky.

With no money, clothes, and a place to stay, Roxie and Ricky soon finds themselves temporarily living with Luke and his housemate, Jake, another firefighter.  As mother and son adjust to this new life, Luke and Roxie also finds themselves being drawn together.  They must decide if their relationship is based on their common bond of abuse or is it based on a deeper level of love and comfort. Can two individuals who both share a tragic past and secrets find solace, trust, support and love in each other?

Deception can only be described as a story of new beginnings.  In the case of Roxie, a fresh new start and clean slate began when she finally had the courage to leave her husband. She was able to regain the control she lost when she was with Joseph. As with Luke, his new beginning came in the form of a mother and son walking into his life.  With Ricky and Roxie in his life, he finally was able to let go of the shame and guilt that has plagued his heart and mind.  Overall, Ms. Evie Rose did a marvelous job for her debut book in tackling a difficult subject matter. She provides her readers an honest and raw tale of two individuals who  found light after years of being in the dark.  So if you are looking a book, that will make you feel then definitely go read Deception. It reminds us all that when one door closes, another opens.

FACEBOOK
GOODREADS
Posted by Give Me Books at 12:54 pm