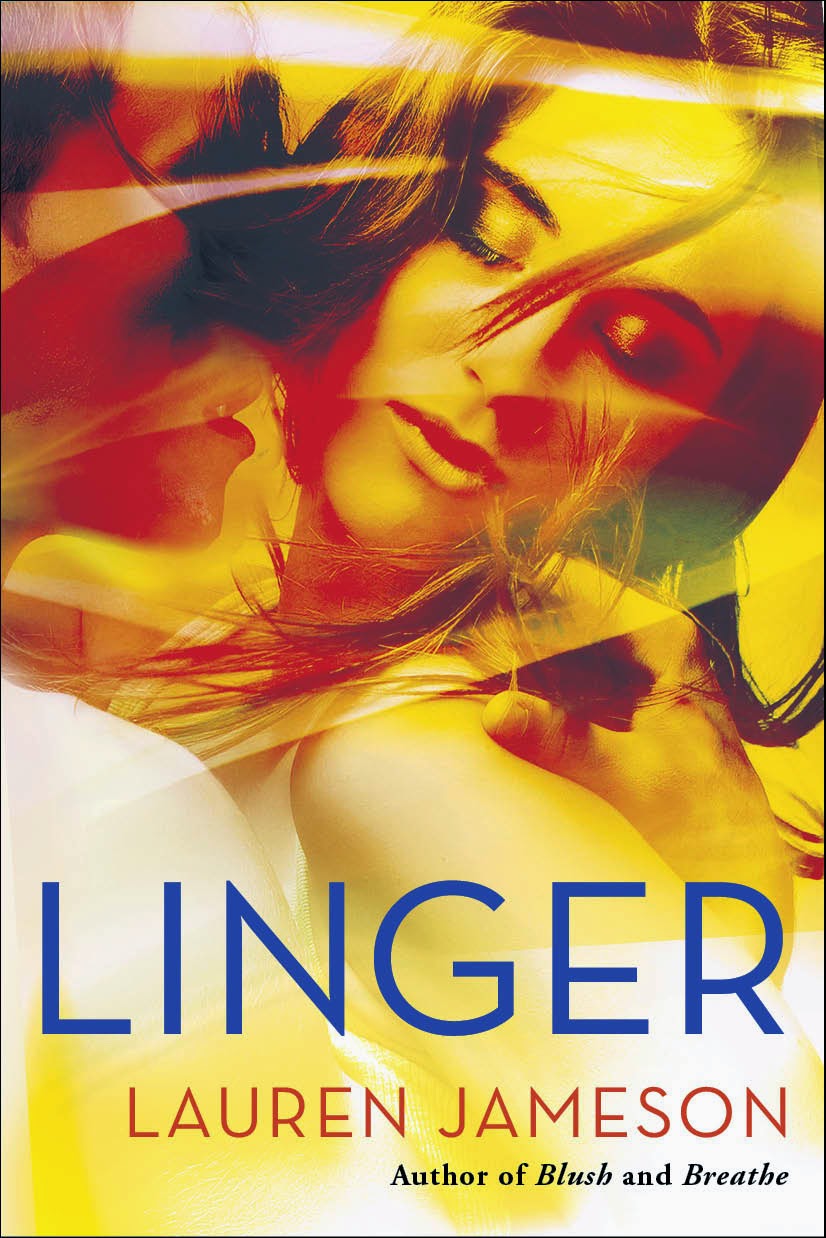 From the author of Breathe and Blush comes a blisteringly hot new novel about baring it all.…
On her last night in Nevada before embarking on a yearlong veterinary internship, Scarlett Malone is celebrating—and looking for one night of incredible pleasure. But the man who draws her eye is not her usual type: He’s a cowboy whose alpha-male tendencies tempt her beyond belief. Scarlett can’t understand why she wants this man and no one else, but she’s determined to entice him to submit.…
Dr. Logan Brody lives an isolated life in rural Montana, running a ranch and suppressing his submissive tendencies. Only on his occasional trips does he give into his hidden urges. He can’t deny his scorching attraction to Scarlett or that she makes him want more, but he never lets anyone break him down fully. He’s hers for one night and one night only.
But when Scarlett shows up at Logan’s door as his intern for the year, he realizes that the walls around his heart are about to crumble—and that this sexy dominant woman has no intention of letting him keep control.

Scarlett kept her steps slow and deliberate as she left him, though her heart was pounding in a wicked rhythm against her ribcage—a rhythm born of excitement and anticipation. What the fuck was that? Forcing herself not to look back, Scarlett crossed the room, her goal a table that was far enough away that it was clearly a dismissal, and yet would give her an unobstructed view. Logan. The name suited him, suited the shadow of a beard that covered his jaw line, the attractive smirk that curled his lips, the challenge in his eyes. She wanted another look at him. But she would just have to wait. She was the one in control. Hoping she was projecting outward calm, no matter how much anticipation was roiling inside her, Scarlett pulled out the tall chair, lifted herself onto it, feeling the stretch in the muscles that had once propelled her across a stage. Slowly she crossed one leg over the other, a deliberate tease, knowing the fact that she hadn’t yet looked back at him told him she didn’t care one way or another what he did. But she did. Oh, she really, really did. And so she finally let herself look across the room, back to where she had left him. She hadn’t given him leave to move. If he felt even half of what she did, he wouldn’t have. It was disconcerting how much she wanted him to still be there. Deliberately torturing herself, she let her eyes skim the mosaic tiled floors. And then there he was. He was still in place, though he had risen to his feet, staring after her. As their gaze met, Scarlett felt something tangible pulse in the air between them. Slowly, expression wary, he dropped back down to his knees as she watched. He even went so far as to lace his hands behind his head, which told her that he was far from new to BDSM. But he didn’t drop his eyes, instead leaving his stare fixated on her. Still, triumph washed over her, and Scarlett had to try very hard not to grin.

Oh man, I was absolutely intrigued by the blurb for Linger because COWBOYS and because the idea of an alpha-submissive male was.....not something I had encountered before. I’m not usually one to read BDSM books – with a couple of exceptions – so I really didn’t know what I was going to get when I opened this book. I certainly didn’t expect to fall for these characters, both of them, and their unique, sexy and, ultimately, beautiful story. But I did. How could I not? Did I mention alpha-submissive cowboy? Scarlett Malone is leaving her home in Vegas for the wide-open plains of Montana and a year-long veterinary internship. On her last night at in town, she encounters a gorgeous cowboy that appeals to her in a way that no other has before. He’s proud, he’s alpha and yet, she wants to bring him to his knees in beautiful submission. Logan Brody enjoys the quiet, peaceful life and endless blue sky on his ranch in Montana. On rare occasion does he give into his submissive urges, taking a trip to Vegas and In Vino Veritas. On one memorable night he encounters Mistress S. The stunning Dominant makes him crave more than just one night, even though they both know it’s not possible. Logan can’t – and won’t – let anyone close enough for him to truly submit. Scarlett is leaving Vegas and won’t be back for a full year. But when Scarlett shows up on Logan’s ranch ready for her internship, neither can deny the burning attraction and need they feel for one another. The scars of his past make Logan both crave and abhor submission, and his desire for Scarlett and her bag of toys is at war with his need to remain closed off. Now Logan has to decide if he’s ready to give his Domme complete control of his pleasure....and maybe even his heart. I’ve have read many, many books and I have never read a book like this one. I was blown away by this story. I loved the way it clearly illustrated the need that Logan felt for submission even as he fought it. I understood Scarlett’s desire to push, push, PUSH him past his boundaries so she could care for him. Even when the subject matter made me feel a little bit uncomfortable – maybe even a little embarrassed – I still found it impossible to put down. I wouldn't have thought it possible to create a believable Alpha-submissive, but Lauren Jameson managed not just to do it, but do it so well that I couldn't stop myself for rooting for him. And not just for him – for Scarlett too. She was strong, but not over-bearing, and her dominant tendencies never overshadowed her other gentler characteristics. Their “scenes” were sexy but never diminished the connection they shared nor belittled the nature of BDSM – if anything, it showed why people are drawn this lifestyle. I have not read the other books in this series (and it’s not necessary to enjoy this one) but I am intrigued now by this BDSM club and the characters that frequent it. I fell for the alpha-submissive cowboy. Perhaps I’ll fall for them too? Linger is the third book in the In Vino Veritas series and can be read standalone. No cliffhanger. 5 stars. ~Review by Beth

Wow! What a wild ride! When I read the blurb for Linger, I was instantly enticed to read it. A Domme and an alpha cowboy who is only submissive during sex – sign me up! I expected an erotic, BDSM story with lots of sex. Linger was that, but it was so much more!! It was the story of two tortured souls finding peace. We first meet Scarlett in a kinky sex club. It’s her last night in Vegas before accepting a veterinary internship in Montana and she is looking for a sub who will challenge her. Enter Logan. He catches Scarlett when she almost falls and there is an instant attraction. Scarlett becomes his Mistress for the night and while there is an undeniable attraction between them, they both know it is only for one night. Or so they thought… Arriving in Montana, Scarlett shows up at Dr. Brody’s home to start her internship. Surprise, Logan is Dr. Brody. Immediately the power struggle starts. Scarlett expects dominance in the bedroom while Logan expects it in work. The push and pull between the two is intense. Due to his troubled past, Logan has a hard time fully submitting, even though he wants to. “Why? Why can’t you just let me make you feel good?” Scarlett continues to push Logan outside his comfort zone, sometimes too far. “Haven’t you learned yet? You don’t fuck me, Logan Brody. I fuck you.” But to see the transformation of these two characters throughout the story is amazing! I really enjoyed the power struggle they both wrestled with and how they were finally open up to one another. I really can’t say enough good things about this book! I read it in one-sitting and it was just fantastic! It was HOT, sexy, intense, emotional, and so much more! (5 stars)~Review by Tiffany 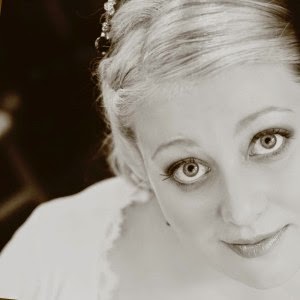 Lauren Hawkeye/ Lauren Jameson never imagined that she’d wind up telling stories for a living… though when she looks back, it’s easy to see that she’s the only one who is surprised. Always “the kid who read all the time”, Lauren made up stories about her favorite characters once she’d finished a book… and once spent an entire year narrating her own life internally. No, really. But where she was just plain odd before publication, now she can at least claim to have an artistic temperament.

Lauren lives in the Rocky Mountains of Alberta, Canada with her husband, toddler, pit bull and idiot cat, though they do not live in an igloo, nor do they drive a dogsled. In her nonexistent spare time Lauren can be found knitting (her husband claims that her snobby yarn collection is exorbitant), reading anything she can get her hands on, or sweating her way through spin class. She loves to hear from her readers!