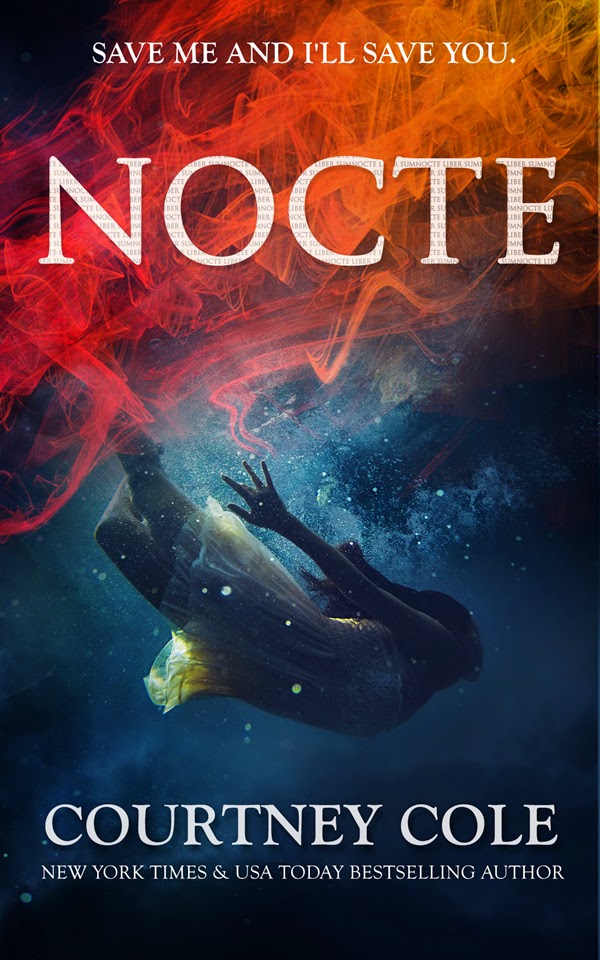 My name is Calla Price. I’m eighteen years old, and I’m one half of a whole. My other half--my twin brother, my Finn--is crazy.

I love him. More than life, more than anything. And even though I’m terrified he’ll suck me down with him, no one can save him but me.

I’m doing all I can to stay afloat in a sea of insanity, but I’m drowning more and more each day. So I reach out for a lifeline.

He’s my savior and my anti-Christ. His arms are where I feel safe, where I’m afraid, where I belong, where I’m lost. He will heal me, break me, love me and hate me.

He has the power to destroy me.

Maybe that’s ok. Because I can’t seem to save Finn and love Dare without everyone getting hurt.

Why? Because of a secret.

A secret I’m so busy trying to figure out, that I never see it coming.

You won’t either.
ADD TO GOODREADS 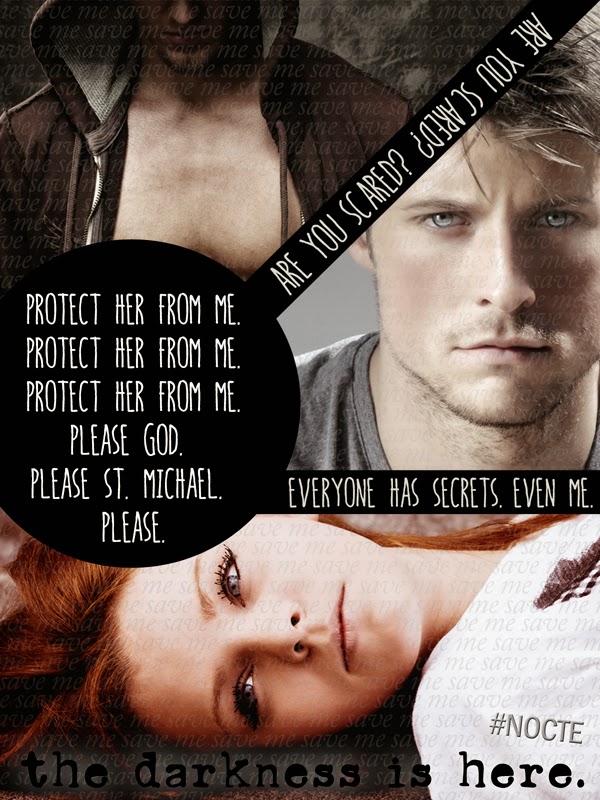 NOCTE is a gorgeous gothic tale of mystery and romance. Beautifully crafted, Ms. Cole keeps you on the edge of your seat, eager to discover “the secret.” The plot revolves around the secrets that entwine Calla, her twin brother, Finn, and the mysterious bad boy, Dare. To keep the integrity of the secret, and to maintain the mystery that is at the core of the book, I will refrain from discussing the plot in this review. Ms. Cole succinctly described the book itself while describing the childhood home of Calla and Finn:

“It’s beautiful and graceful, at the same time as it is gothic and dark. It’s a funeral home, after all, at the end of the road on a mountain. It’s a horror movie waiting to happen.

Last Funeral Home on the Left.”

Filled with a dark beauty, NOCTE is an enchanting read. I was completely immersed in the world of Calla, Finn and Dare, and fully felt the emotional impact. It is an intense, heart-wrenching read, and Ms. Cole does not pull any punches!

Prepare yourself for the hangover – I actually needed a couple of hours to decompress after I finished reading; partly because the story is powerful, shocking and beautifully written, and partly because the characters are so human, so real, that I was able to relate to a situation that was beyond my understanding.

I fell totally and completely in love with Dare. He is sexy and a total gentleman, he rides a bike, and he has a British accent. Swoon! As described by Calla when they first meet:

“He’s a rocker. Or an artist. Or a writer. He’s something hopelessly in style, timelessly romantic.”

Basically, he is the ideal book boyfriend. The chemistry is undeniable, and his character is the perfect counterpoint to Calla. While Dare struggles with his secret, he is ever the gentleman.

Calla is absolutely wonderful, caring and sweet, though she is at a pivotal crossroads in her life.

Finn is troubled, to say the least, but fighting for sanity and control. The book explores the relationships between the characters, which are captivating, layered, and fraught with tension.

“But as I stare at him, at the way the light turns his dark eyes to amber, at the way the sunshine bathes him in a golden glow and the connection between us sizzles hot and dangerous, I know one thing.

He’s worth the wait.

Or maybe even because of them.”

A suspenseful, emotionally fraught story, NOCTE will enthrall you and leave you both satisfied and wanting more. Thankfully, the next book in the trilogy is set to release in February of 2015!

One of the best books of 2014, I highly recommend this read to absolutely everyone!

Courtney Cole is a novelist who would eat mythology for breakfast if she could. She has a degree in Business, but has since discovered that corporate America is not nearly as fun to live in as fictional worlds. She loves chocolate and roller coasters and hates waiting and rude people. Courtney lives in quiet suburbia, close to Lake Michigan, with her real-life Prince Charming, her ornery kids (there is a small chance that they get their orneriness from their mother) and a small domestic zoo.