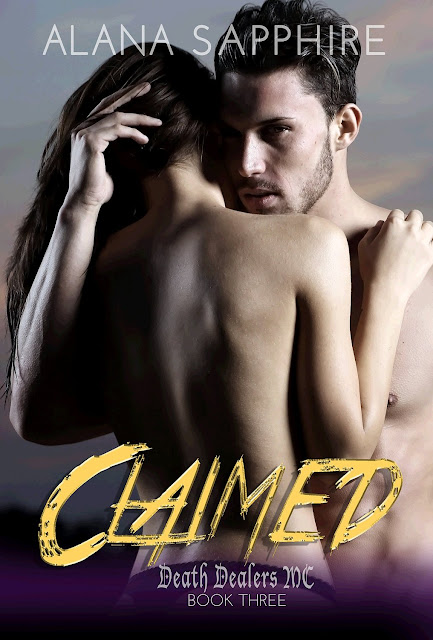 **Raven**
I’m broken. Damaged goods. I was violated in the vilest way possible and I’ll never be the same. He’ll never claim me now. Why would he even still want me? Why would anyone? I don’t have what he wants anymore. I’m not even the same girl he met. He’ll leave me just like everyone else in my life. I don’t want him to go. He’s all I have.

**Gage**
I should have protected her and I didn’t. Everything that happened is my fault and if she wants nothing to do with me I wouldn’t blame her. I know I should have stayed away from her but I was selfish. I still am. I’ll move Heaven, Hell, and everything in between in order to make things right. I don’t want to lose her. I can’t. She’s MINE. 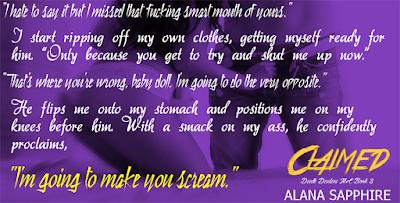 This is the conclusion to Raven and Gage's story and what a ride it was! Raven has just gone through a horrific event, one that Gage was unable to protect her from, but to top it off, he's being blamed for it. As Raven comes to terms with what's happened to her, she goes through an array of emotions. I couldn't hold in my tears for her and for Gage because, just when they thought they were going to make it, shit happens to them.

Gage's only mission now is to get those that responsible for causing Raven pain. At times, I wanted to smack Raven because I felt she was being a bit childish with Gage, and my goodness, was she stubborn! But Gage gave it back to her making her think about her actions.

Their relationship is not only hot but sweet, funny and so volatile at times, I just had to shake my head and just hope they both made it out ALIVE! Now, I will give you this, Ms. Sapphire threw me for a loop there when I finally realized whodunit. Can't wait for what's next from Ms. Sapphire!
~ Review by Kara 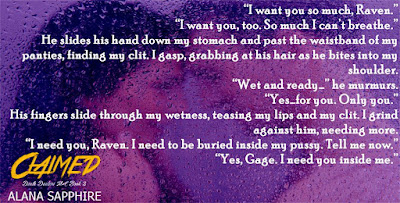 Music and writing are my two great loves. I always thought I'd be doing one or the other. Alas, I cannot sing or play an instrument so I'm relegated to listening to music (and eating copious amounts of chocolate) while I write. Hoping you'll enjoy my characters as much as I do! 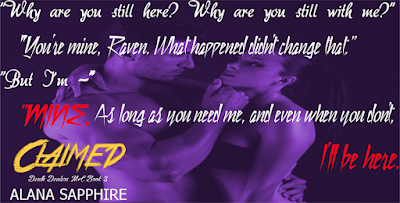