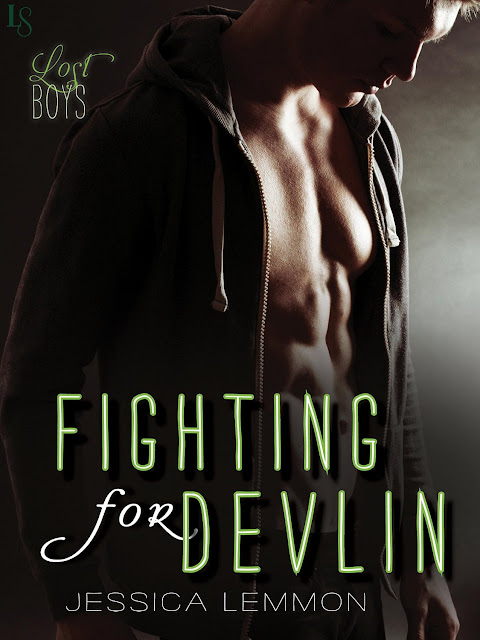 Perfect for fans of Christina Lauren and Katy Evans, Jessica Lemmon’s irresistible Lost Boys series kicks off with the story of a good girl who plays by the rules—and the bad boy who brings out her wild side.

Devlin Calvary makes his own luck. Orphaned as a young child, he was taken in by a crew of bookies and gamblers—and they became his family. They’re the reason Dev’s running a trendy bistro, living in a high rise, and enjoying the good life with a string of women who never ask for too much. Until, one night, he finds out how much it hurts to trust the wrong people.

Rena Lewis sticks to the straight and narrow, determined not to slip up again . . . like the terrible night of partying four years ago that ended in tragedy. A waitress at Oak & Sage, she knows that sleeping with her boss is not a smart move. But when Dev shows up on her doorstep, beat up and clearly shaken, Rena’s not about to turn him down . . . or kick him out of bed.

Dev reawakens something primal within her—a need to go wild. And Rena soon finds out that the heart she’d sealed away years ago still has the power to fight for love. 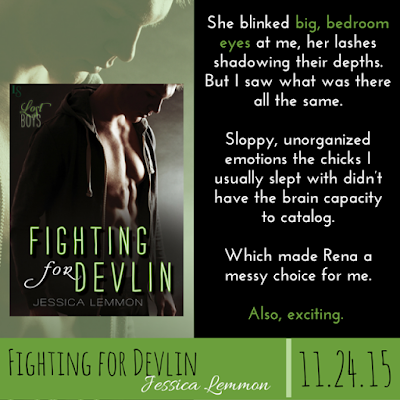 I am a huge fan of Jessica Lemmon’s Second Chances series so I was super excited to read the first book in her new Lost Boys series, and she didn’t let me down.

We meet Devlin, a bad boy who owns the restaurant Oak & Sage. Only, it’s not just a restaurant. He defines bad boy down to a T.

“Dangerous and gorgeous. What a deadly – and irresistible— combination.”

Rena starts working at the restaurant as a server. She can’t help the attraction she feels for Devlin. She can’t seem to think when he is around, even if they have never spoken more than a few words to one another.

Devlin needs Rena to do a “job” for him and suddenly finds himself drawn to her. He has never needed someone in his life and he has no idea what to do with the feelings he is having.

“You ruined me,” he said almost to himself. “You’re all I think about. The only one I want.”

The two enter into a sex-only relationship, but it doesn’t take long for either of them to start falling. But what happens when the bad boy wants to turn good, while the good girl wants to turn bad?

“I’d just had unplanned, amazing sex. Against a wall. My smile didn’t fade for a second.”

This story was sexy, angtsy, and full of drama. I really liked watching both Rena and Devlin work through their pasts, their secrets, and their own insecurities. I am looking very forward to Caden’s story and certainly hope Tasha has a role!
~ Review by Tiffany 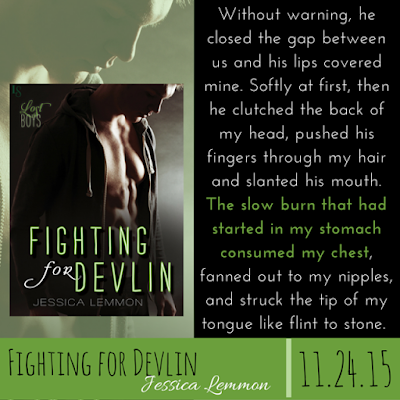 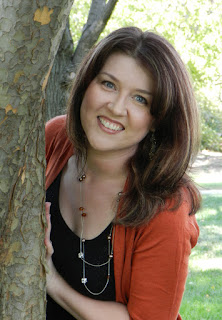