Someone is going to pay.
But who?

CADE
They took someone from me.
And I’m going to make them pay.
In blood.
But before I can do that, I have to make sure my girl is safe.
And I will do whatever I have to, even break my own heart, to make sure she survives.
Because she is my queen.
My everything.

INDY
He’s changed.
His grief is overwhelming and I can feel the gap widening between us.
Someone is coming after the Kings of Mayhem MC.
And we are trapped as they play out their evil scheme.
Because under the cover of darkness, they are coming for each of us, one by one, to play out their own twisted vendetta.
And no one is safe.


When I opened my eyes, the door to the bathroom opened and Cade stepped in, his face and hair soaked with rain.
I watched him pull his shirt over his head, remove his boots, and the rest of his clothes. When he was completely naked, he stepped into the shower, and without a word, took me in his arms and pressed his mouth to mine. My body immediately responded and I melted against him, seeking comfort and pleasure in his hard body as it commanded me backwards until my back was against the wet, tiled wall. His big hands moved up to my face while his mouth moved fiercely over mine until his kiss left me breathless.
But his kiss petered out as his emotion overtook him. I looked up into his tormented face. Pain and grief were like shadows in his eyes. His face was stiff and I could feel his heartbreak radiating from him with every beat of his heart. He dropped his forehead to mine.
“I don’t know how to do this,” he said, his voice deep and strong, but at the same time, pained and heartbroken.
“It’s going to be okay,” I whispered.
He drew in a deep breath, his hooded eyes fixed to mine. “I don’t know what I would do if I lost you . . .” His voice broke and his thumbs found the slick skin of my lower lip, his eyes intensely focused on it. I had only seen Cade cry once. When he was eighteen and he’d ridden all the way to Seattle to beg me to come back to him after we had broken up. Otherwise, he was fiercely stoic. But now, standing in the steam, he was barely in control.
“I’m not going anywhere,” I replied.
His anguish was deep. I watched him squeeze his eyes shut and felt the slow exhale of breath as he opened them again. Droplets of water fell in rivulets down his beautiful face and dripped onto his parted lips.
His brows drew together.
“It hurts,” he whispered.
I nodded. “I know.”
He tried to kiss me but his lips trembled against mine and he pulled away. He slapped his palms against the tiled wall and took a moment. Water poured over his head and down his broad, muscular back. His face crumpled and he slowly sank to his knees, burying his face in my stomach. 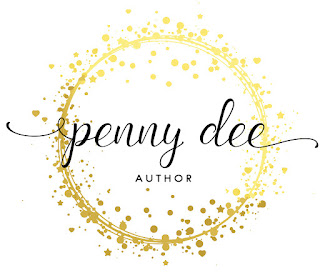