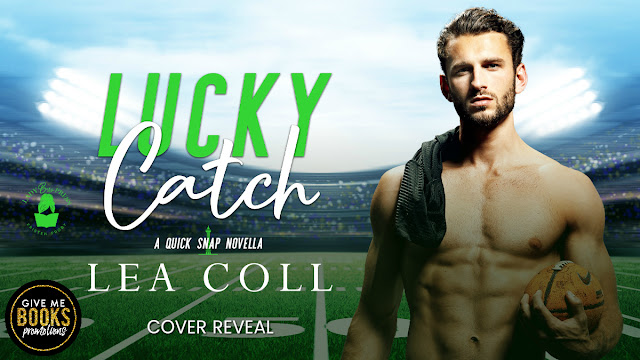 Lucky Catch is part of Kristen Proby's With Me in Seattle Universe.

As an unproven sideline reporter, I need to show I’m more than a pretty face. And I have the perfect opportunity when my boss asks me to dig into the rookie wide receiver, Gavin Keller. Coming from a family of football stars, he’s my chance to write a huge story about the newest Keller to go pro.

I need to get to know the man under the pads. Is he an arrogant entitled player or is there a side to him no one knows about?

The more I watch Gavin at practice and when he mentors young athletes, the more I realize he’s nothing like I thought. He’s a leader, someone the fans can rally behind.

The more I see, the more I like him—not the player. And the looks he gives me say he feels the same.
As we get closer, I'm tempted to break my no-player rule. But if anyone finds out, it’s my job on the line. Giving in would mean losing everything.

I've always had more to prove than any of my teammates.

I know what everyone says about me. Since the first time I touched a ball, I've been living in the shadow of my family's football legacy. My life is focused on my game and giving back and nothing else. I'm not giving anyone another reason to talk. That's until the new reporter, Lexie Austin appears on the sidelines in her skin-tight tailored suits and sky-high heels.

So what if everyone is as wrong about her as me? She’s more than a pretty face and I’m playing better than ever with her watching. It's starting to feel like she’s my personal good luck charm.

She doesn’t care about my last name, my signing bonus, or my star potential. She wants to know me.

I want her in my bed, by my side, and in my life. Now I just have to convince her that if she falls, it'll be the luckiest catch I ever make. 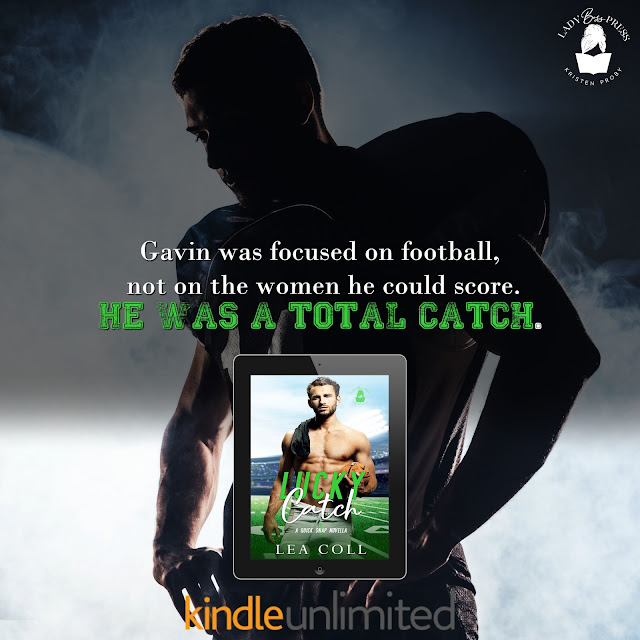 The expectations were heavy for any rookie, but I’d lived under the shadow of my father’s legendary success and my brother’s rise to stardom. I’d seen the recent headlines: Gavin Keller was drafted because of his last name—any other player with similar stats wouldn’t be playing professional ball. The implication was clear—I’d never live up to my father or my brother’s success. There was no way three football stars could come from the same family. There were many examples of three brothers in the sport or two brothers and a father, but one usually didn’t live up to the hype.
“That was impressive,” a female voice said.
I turned away from the other rookies running sprints to find a tall woman leaning on the fence, with a press lanyard hanging around her neck. She was gorgeous. Her smile was open and friendly.
“Thanks.” My voice was terse. I didn’t want to encourage the press to speak to me. I didn’t want anyone twisting my words to suit the headlines already written in their head.
Her smile faltered for a second before she recovered. “I’m Alexandra Austin. But everyone calls me Lexie.”
“Gavin Keller.” I didn’t move toward her. No matter how beautiful this woman was, I couldn’t afford any distractions. She was the worst kind of distraction—all long legs, dark hair, and striking blue eyes. The suit she wore molded to her body but still left a lot to my imagination.
“I know.” She smiled wider.
It was on the tip of my tongue to say she didn’t. No one knew anything beyond my name and stats.
“I’m hoping to get to know you this year.” She said it matter-of-factly with no overtures or flirtations.
I wasn’t sure how to respond to that. Her tone was sweet and inviting. I flicked a glance at her Seattle lanyard. She wasn’t the enemy, but she wasn’t exactly a friend either.

Lea Coll worked as a trial attorney for over ten years. Now she stays home with her three children, plotting stories while fetching snacks and running them back and forth to activities. She enjoys the freedom of writing romance after years of legal writing.

She grew up in a small town in Pennsylvania and currently resides in Maryland with her family.