It’s back to school time, and things are getting hot for the grown-ups in these classrooms! Pack a notebook and your favorite pen because we’re about to get some adult education. ;) Six fabulous authors are bringing you a series of fully standalone short stories that will make the schoolgirl in you squeal with delight. Get ready for sexy professors, inappropriate parent-teacher relationships, toe-curling college flings, and more that will have you wishing you could go back to school just one more time. 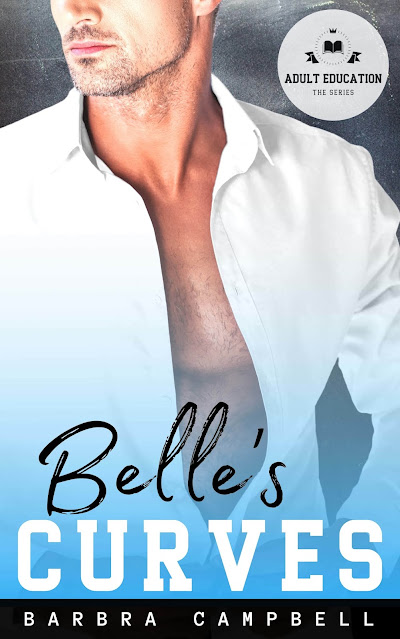 Belle:
Shaking things up was my superpower. Or as some people might say, I tended to stir up trouble wherever I went.

Case in point: I wanted to have an evening of fun rubbing elbows with professors, or at least one of them.

The problem: I was a student and the soiree was only for professors.

The solution and benefit: Crash said soiree and shag the sexy professor I’d had my eye on since freshman year.

The fallout: My ethics professor wound up in the hospital and Sexy Professor was filling in. He figured out I hadn’t exactly been invited to the party. He was pissed I’d violated the university’s strict policy about professor-student contact. And he was doing his darndest to adhere to the ridiculous policy that ignored the fact we were consenting adults.

But since I had a superpower, I wasn’t about to let the best sex of my life be a one-time thing.

Professor Lewis:
One more boring back-to-school soiree, one more tedious semester, and one more round of evaluations before I finished my probationary period from a false sexual harassment claim.

Then I’d be eligible for promotion to Department Head. I was so close. One final semester under the oppressive thumb of the old guard.

Then I met Belle and all of her curves. 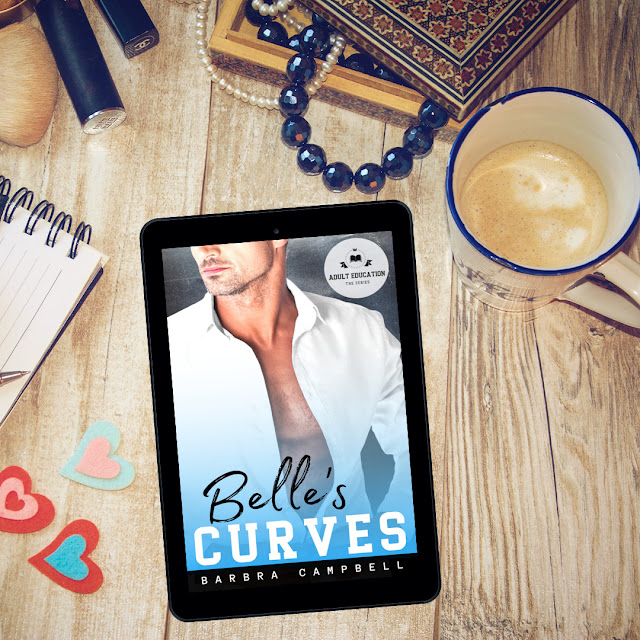 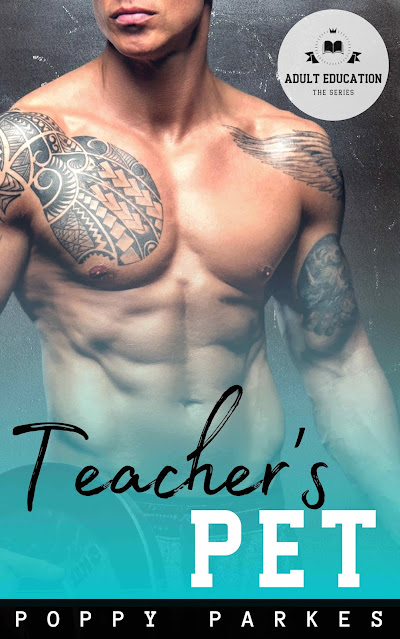 As a kid who grew up in foster care, it comes as a shock to discover at age forty-two that I do have family. More specifically, recently deceased family — an aunt I never knew I had who left her fortune to her closest surviving relative.

It doesn’t take me long to put that money to good use.

I divorce the crap out of my cheating husband who’s always rubbed his affairs in my face, saying I’m too old to start over with somebody new and that I’m lucky to have him.

But now I’m alone for the first time in two decades, and I have no idea what to do with my life. How do you press the restart button on life when you’re courting menopause and have more wrinkles and curves than you’d prefer?

I don’t know what most people do, but I enroll in a poetry course at the local university that I’ve always wanted to take but haven’t had the guts to.

I go to class expecting to pick up some tips about rhymes and iambs.  Instead, I get knocked over by the sight of my super freaking hot — and decades younger — teacher, locally famed poet Rowan Keating. He sets my panties on fire in a way I haven’t felt in years.

Since I’m doing this new thing of going for the things I want, I initiate an inappropriate relationship with Mr. Keating — only to find out that he’s protecting a huge secret.

He won’t tell me what it is. I’m terrified that he’s after the money that gave me all this glorious freedom. I have to protect that at all costs.

The only problem is that Mr. Keating treats me like a lady and makes me feel like a goddess. And the sex — well, it’s off the damn charts.

I don’t want to walk away from him, but is it too risky to stay? 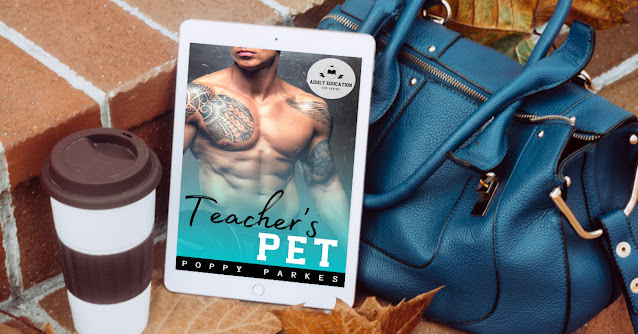 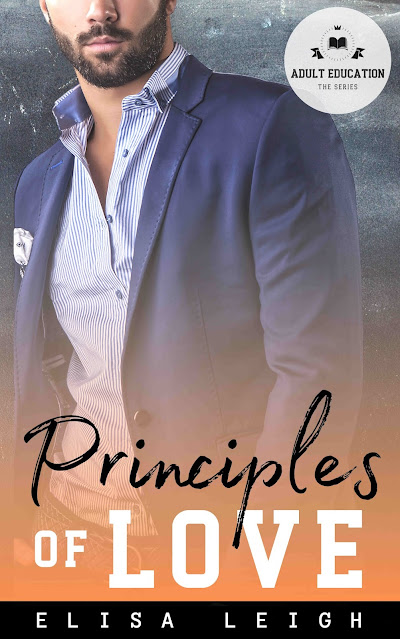 Fawn Harrow has been teaching for a few years and has decided to transfer to a school closer to home. She loves her kids, her third grade team, and the fact that her best friend works there is totally awesome. Everything is going great until she spots the principal during preplanning and is attracted to him immediately. She stays out of his path never making direct contact with him. Surprisingly it's easier than she thought it would be, until it isn't.

Brighton Hayes loves his job. He's been the principal at his school for three years and he's damn good at it. During the summer his father passed away and had to leave the state to go deal with his affairs. He left the hiring of new teachers in his assistant principal's hands. When he comes back and meets the new teachers he's shocked by one of them. She's stacked like a pinup model from the fifties and sexy as hell. He stays as far away from her as he can, not wanting to risk a scandal at his school. When it's time to start teacher observations he refuses to let the assistant principal do hers. Fifteen minutes in her room watching her teach is all it takes for him to know he's about to teach her a lesson she'll never forget. 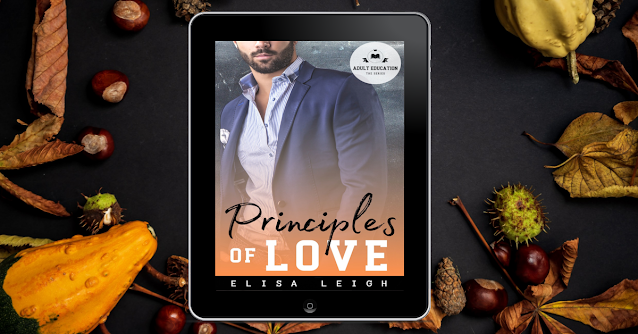 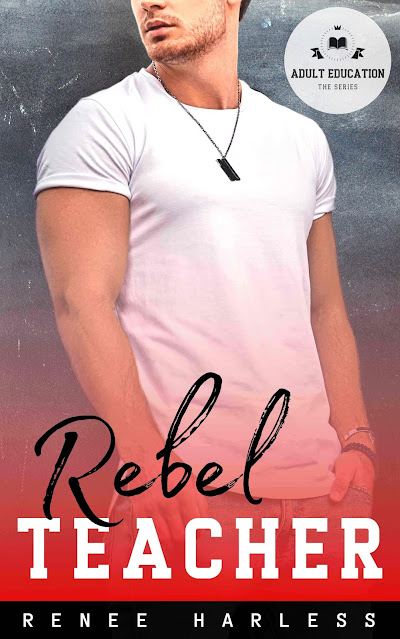 From one-night stands to bake sales, a single mom gets a lesson in love. . .

The only thing more terrifying than sending her baby to Kindergarten was Paige Myers finding out that the hottie she hooked up with over the summer was her daughter’s new teacher.

It was only supposed to be a one-time thing.

But the way reformed rebel Shane Lancaster was looking at her in the drop off line, there was no doubt they were far from over.

She wasn’t just the mother of a student, Paige was gorgeous, kind. . . and his best friend’s little sister. Complicated didn’t cover it.

The school handbook clearly stated no parent-teacher fraternization, but lucky for Paige, Shane liked to break the rules. 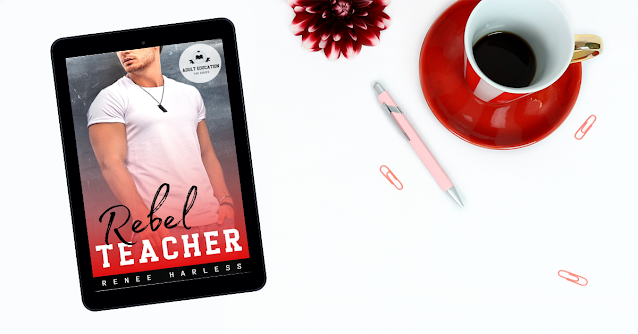 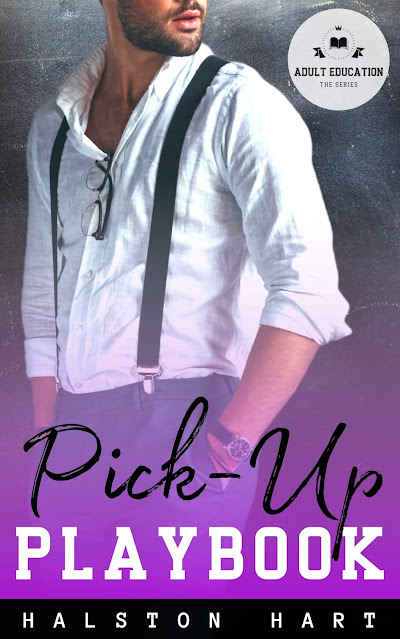 After an exhausting night working in the ER, waiting in the long drop-off line with her daughter was the last thing Shaye wanted to be doing. In an effort to cut the line, she broke the rules colliding straight into her past.

Running into his childhood crush from over a decade ago is something from Noah’s wildest dreams. When the school drop-off line brings him face to face with the one and only Shaye Abrams, those feelings from long ago are ignited once again.

Pulling out all the pick up lines and planning every play, Noah is determined to win the heart of the one girl who got away. 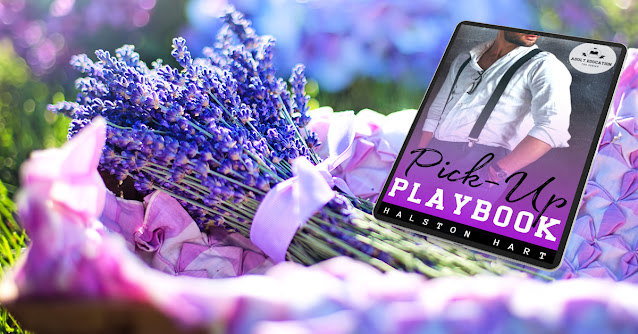 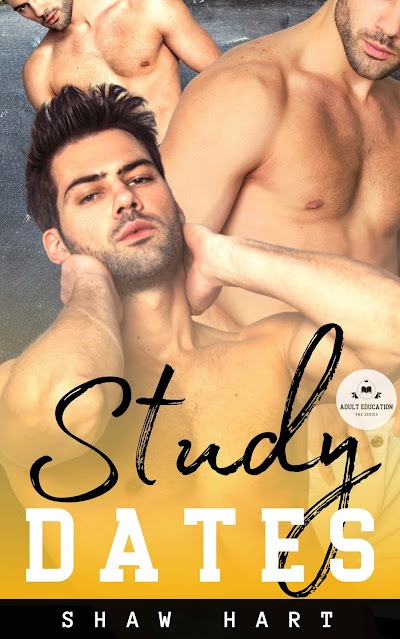 Isn’t three better than one?

Adley Colson has grown up stifled.

When her mother left, running from her strict and controlling husband, that left Adley to take the brunt of his disapproval. When she graduates from high school, she’s counting down the days until college starts and she can escape from his domineering presence.

Her first day of freshman year she runs into one of the Sanders brothers and she wonders if college is going to be more than just classes and homework like she had thought. Guys have never been on her radar so when all three Sanders brothers start to show interest in her, she’s not prepared.

She knows how her father would feel about the unusual relationship that her boys are proposing, but it doesn’t sound so wrong to Adley. It certainly doesn’t feel wrong.

When the time comes and Adley has to choose, will she bend to her father’s will or follow her heart? 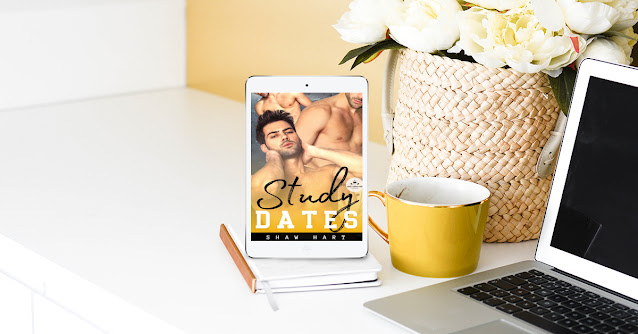 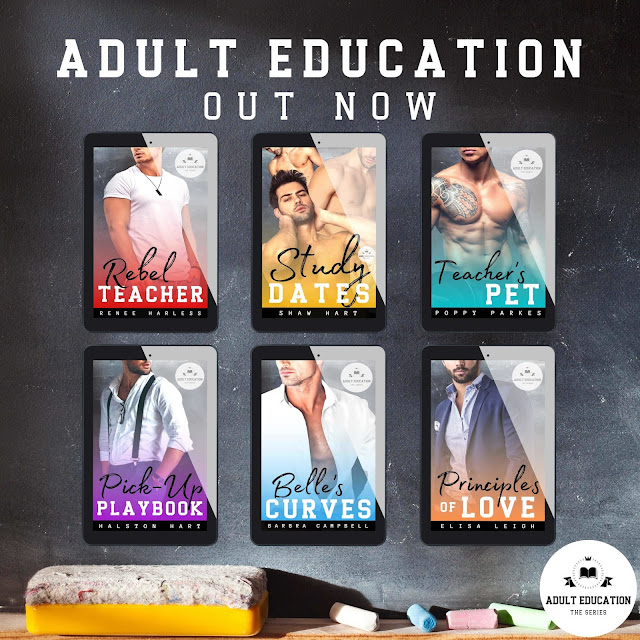