Release Boost - Caught Up In You by Claire Hastings 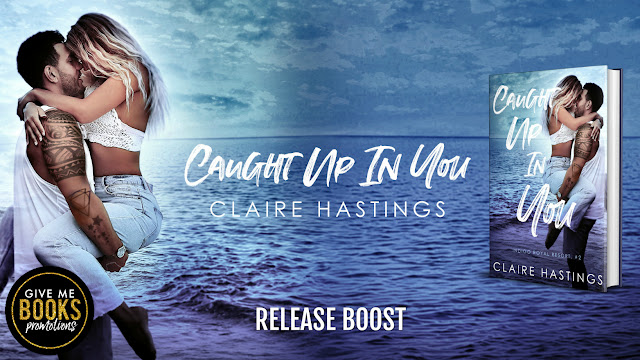 Leona Filipe loves her job. As the head of housekeeping at the luxurious Indigo Royal Resort on St. Thomas, USVI, she has seen it all and has the wild stories to prove it. She works with her best friends, is close enough to see her family often, and has the perfect friends-with-benefits relationship. Life is pretty damn amazing. Except for the two weeks each year that Cullen Cruz stays at the resort. He is the only man who can get under her skin. But that is all he’s getting under. She made that mistake years ago, and it will never happen again.

Fresh off the news of his “retirement” from football, Cullen Cruz cannot wait to get to the Indigo Royal for his annual retreat before returning to England to figure out what’s next. Only this year, it’s been turned into a “working vacation” by his agent, who volunteered Cullen to run a skills camp for local kids. While that wouldn’t normally sit well, extending the trip to teach some kids how to kick a ball does mean two more weeks getting to see the woman he hasn’t been able to stop thinking about since their first, and last, encounter ten years ago.

When fate forces these two to confront what happened between them that night all those years ago, they find that there is more to each other than they realized, and that maybe they don’t annoy each other as much as they thought...

She stood her ground, trying to make herself taller, which really only resulted in her pushing her beautiful breasts out farther. She swallowed hard. “Stay the fuck away from me, Cruz.”
“No, Menina, I won’t,” he responded, stepping even closer, so there was almost no gap between them now. He could hear her breath catch as he did so, which made his heart speed up even more. Maybe she did still want him. “Here’s what I think. I think you want me. Under all that piss and vinegar, what you really want is another ride,” he whispered into her ear.
Her breath hitched slightly, betraying the scowl on her face. Regaining her composure just as quick as she’d let it slip, she growled, “Not a chance.”
“Really?” he whispered again, skeptical of her answer.
“Really.”
He reached out and put his hand on her waist. Before she could pull away, he yanked her into him, hard. Her soft curves smashed into his hard chest, making them both catch their breath. He felt her body shiver in his arms and saw her eyes darken with desire, just as a bolt of lust ran through his own body. Before he could stop himself, he reached down and scooped her up by her ass. She let out a little gasp, which he quickly silenced by covering her mouth with his.
She tasted sweet, just like he remembered. Her soft lips felt like heaven against his and, in this moment, for the life of him he couldn’t remember why he hadn’t done this years ago. Her body was stiff in his arms, as if she were fighting an internal battle on whether or not to resist. She fisted her hands in his shirt, as if she couldn’t make up her mind if she wanted to push him away or pull him in closer. Helping her make the decision, he pulled her in even tighter. As much as she tried to hide it, he knew she wanted this—wanted him. He’d seen the flame of desire in her eyes.
After a moment, the initial shock wore off, and she slid her arms around his neck, returning his kiss fully. It was like something had ignited the flame inside her and she poured all her passion and anger into her efforts. Her tongue met his and it was like fireworks went off in his body. He couldn’t remember the last time something as simple as a kiss had felt this good. Maybe never. His left hand dipped to squeeze her butt cheek, causing her to whimper and moan in excitement. This only fueled him on more—kissing her harder, deeper, wanting even more of her.
When he finally pulled away, it took him a moment to open his eyes, afraid that he might see regret in hers. But it wasn’t regret that was shining back at him—it was a mix of surprise and longing. And it made him want to kiss her again.
She unhooked her arms from his neck, sliding back down his body. When her feet met the ground, she lifted her hand to her lips, slowly running her fingers across them, in disbelief at what had just happened. She looked back up at him, but only for a second before turning and running away. 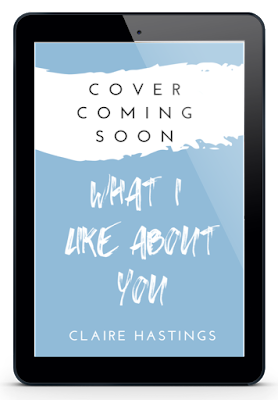 Claire Hastings is a walking, talking awkward moment. She loves Diet Coke, gummi bears, the beach, and books (obvs). When not reading she can usually be found hanging with friends at a soccer match or grabbing food (although she probably still has a book in her purse). She and her husband live in Atlanta with their fur-child Denali.

a Rafflecopter giveaway
Posted by Jo Webb at 7:00 am