Cover Reveal - Danger on the Mountain by Carolyn LaRoche 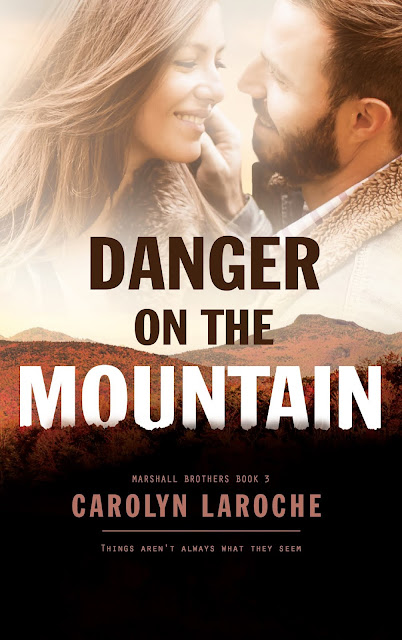 She’s sold her soul to the devil for the last time…
When an unexpected inheritance comes her way, high powered defense attorney Layla Evans give everything she's know up and seizes the opportunity to start over. The mountain ranch is the perfect escape from a life she can no longer stand. In the solitude of her mountain escape she can wrestle her demons and never hurt anyone with her job again. She never counted on her past following her there.
Ben Marshall knows a thing or two about running away…
After a decorated military career ended in the worst way possible, Ben leaves his Special Forces unit and seeks sanctuary high in the Blue Ridge Mountains. He needs the solitude. And it is enough, until a beautiful brunette who has no business running a ranch, literally falls in to his life. When Layla’s past catches up to her, Ben's old instincts kick in. His need to keep Layla safe becomes stronger than his desire to protect his heart. Can he save Layla and heal his battered soul? 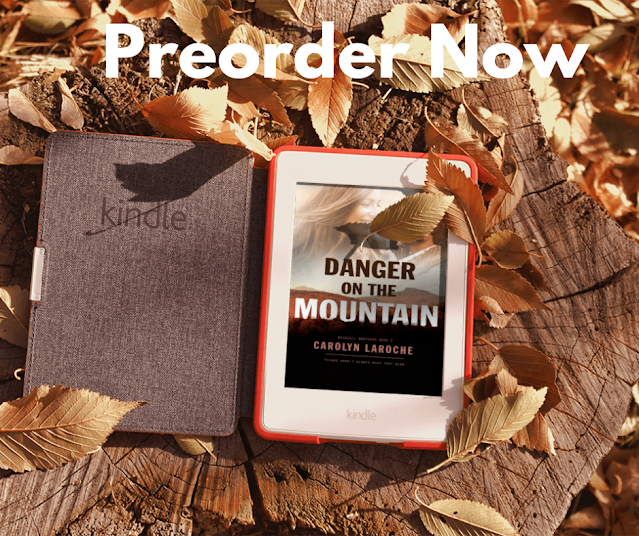 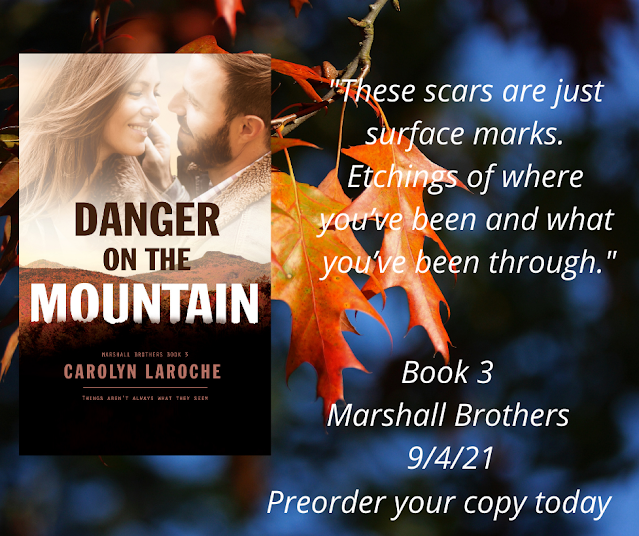 EXCERPT
It pained him to hear the roughness of her voice. A solid reminder that he'd almost lost her. The battle that had waged inside him since meeting her had amped back up to full scale.
When the nurse was gone, Ben tried again to explain himself. "I was engaged once, you know."
"Nope. I had no idea," Layla answered without looking up from her drink. Her apparent indifference hit him right in the heart. "You haven't said much about yourself."
"Her name was Lauren. According to her, I'm not fit for a serious adult relationship."
"Just because it didn't work out with her you consider yourself unable to care about anyone else?"
Man, she isn’t making this easy on me. "It goes much deeper than that, Layla. I've seen things, done things."
"We all have regrets, believe me." She sounded sad and a little wistful. Like she had some serious secrets of her own.
"I was in the Air Force. Special forces. My job… well, things happened. Things I could never get over. Lauren knew it, and now, after messing things up with her so badly, so do I."
Layla set her cup down on the bedside table. "So, because things didn't work out with one relationship, you left your home, your family, and a job I think you loved to come live on a mountain, sentencing yourself to a lifetime of loneliness and self-pity?"
He exhaled slowly. "You don't know what it's like to live in my head. Besides, didn't you basically do the same thing?"
"This isn't about me!"
He leaned forward, looking her in the eyes. "Are you saying you don't have any secrets of your own? Secrets that sent you to the same isolated mountain as me? Secrets that seem to want to see you suffer, maybe even die?"
Layla threw her hands in the air, knocking her cup over. Thankfully it was empty. "I'm not the one saying I want to kiss you but I can't because of my messed up past."
"Maybe not. You certainly haven't shared all the details though, have you?"
"I never kissed you."
"What does that have to do with anything?"
"It has everything to do with it." Layla yawned and pulled her blanket up to her chin. "I think we're done discussing whose life is more messed up. I'm pretty sleepy now anyway."
He jumped up and paced the room, unwilling to accept her dismissal without making her understand. "You just don't get it. I'm broken, Layla, and I'm no good for you. Even if I wish I were with every fiber of my being."
She pounded a fist against the bed beside her. "Don't you think I should get a say in this? I mean, maybe I'm broken too? Maybe we would help each other? You kissed me. Not just once. I know you felt what I did. Are you willing to give up what you might have because of what you once lost?"
"I've lost so much more than you know." He sat down again then leaned forward resting his elbows on his knees and holding his head in his hands. "It's better for you if you don't get involved with me, believe me."
"Well, it seems you’ve made up my mind for me, so there's really nothing else to talk about. Have a good night, Ben. What's left of it anyway." She rolled away from him. 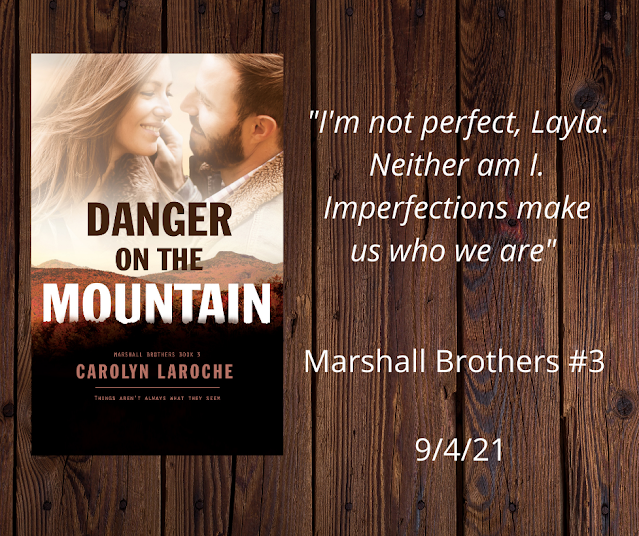 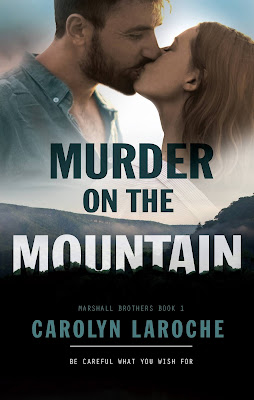 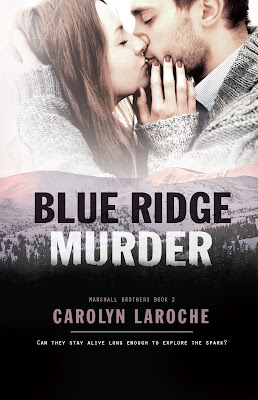 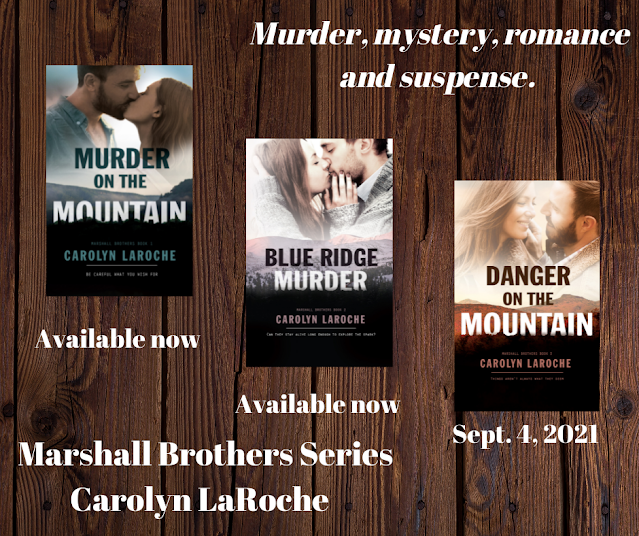 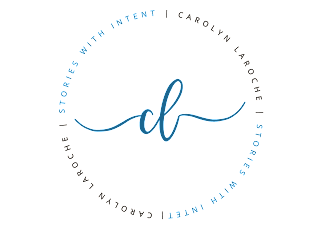 Carolyn LaRoche grew up in snow country but fled the cold and ice several years ago. She now lives near the beach with her husband and their two sons. She’s been known to lug her laptop to the baseball fields and keeps a notebook by her bed to jot down the next big story idea in the wee hours of the night. 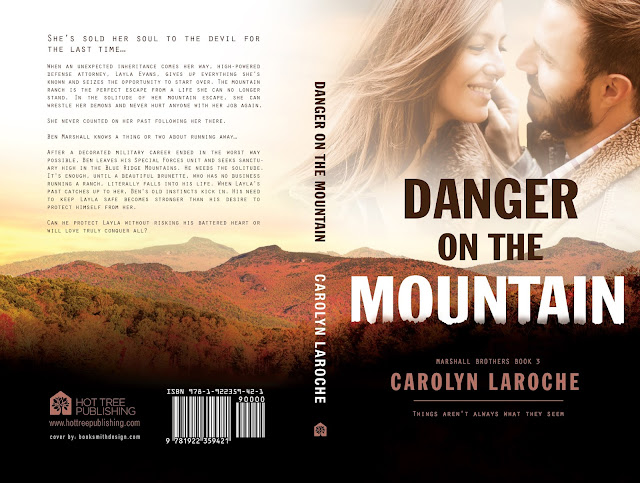