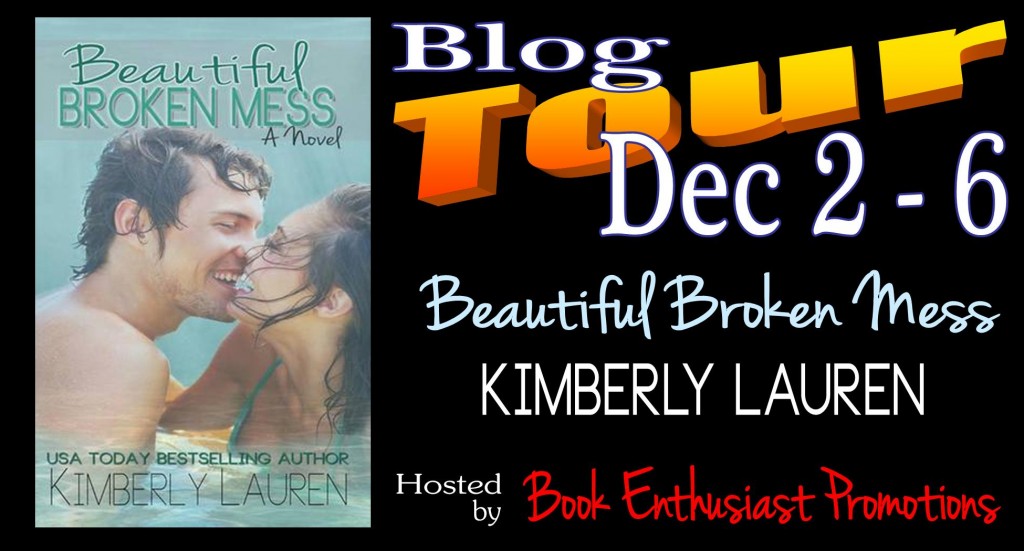 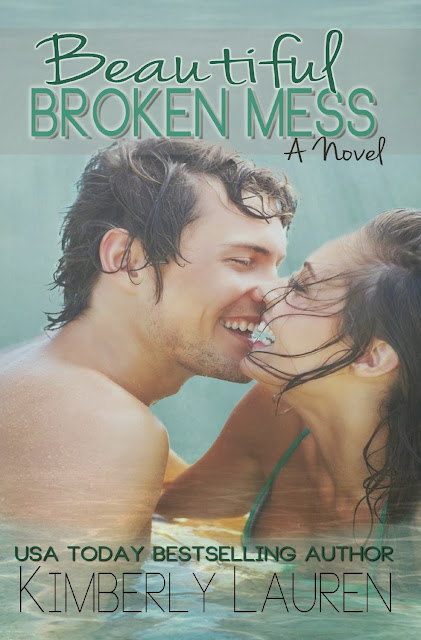 Beautiful Broken Mess is Jace and Audrey's story. Told from dual POV's, we get the extensive back story of each of these beautifully broken characters that we didn't get in Beautiful Broken Rules. And you can just toss aside everything you thought you knew about Audrey and her 'vindictive' and complicated past. This sheds a whole new light on Audrey and gives her the redemption she believes she doesn't deserve.


What we know about Audrey from Beautiful Broken Rules is that she swooped in and jeopradized Em and Jax's relationship. She seemed to be a pot-stirrer and liked the attention she was given, negative or otherwise, as a result of her untimely visit. All this mess is cleared up in this book. We're flashing back to high school, when Audrey meets Jace (and Jax) at 18 years old. Much of the beginning of the book is both their back stories and eventually catches up to where book one took place.


Audrey comes from a horribly abusive childhood at the hands of her father. Frightened for her life, she still never reports her abuse or her mothers vast neglect.

"In the back of my mind, I often wonder if people are given a set number of obstacles before they die. If that were the case, then hopefully I've hit my limit for this lifetime. Because no matter what I do or how I try to live my life, everything seems to come out wrong."

One day in high school, she meets a boy named Jace, whom she immediately connects with and wants to be good enough for, but believes she never will be. She doesn't know he has a twin, Jax, and when she meets up with him later, she mistakenly hooks up with the wrong brother. Jace knows about it and tosses her aside knowing that he can't be with her now. Seemingly heartbroken, Audrey begins a relationship with Jax in hopes of creating an escape from her awful home life, until a tragedy happens and she's left more alone than she ever had been before. She had no one to rely on but herself and decided her life was going nowhere unless she did something about it. She left her abusive father and began a life on her own, started college and never wanted to look back, but she just couldn't stop thinking about the boy who she fell for years ago.
Jace falls for a girl he met while still in high school but chooses to let her go for something he deems unforgivable. Years later, she walks back into his life and he is reminded of the one girl who stole his heart and never gave it back, but also the girl he could never have. Although Jace has tried to rid her from his thoughts, he can never fully push his feelings aside. Slowly, Audrey begins to break her own walls down and explain what happened in her past that caused everyone to abandon her after rumors spread through their small town. Jace can't help but blame himself for not knowing what she was going through and how difficult her life had been.

"I want to be here for you from now on. I want to hold you safe all night and watch you wake up in the mornings. I want your happy, forgiving spirit to ease my soul everyday."

When Jace decides to keep their relationship from all of their friends, Audrey begins to feel like a dirty little secret. He doesn't want Jax to find out because of his past with Audrey. Just as Jace decides it's the right time to tell his brother how much he loves Audrey, an awful accident happens that causes him to push her away instead of lean on her for support. Has he pushed her away for the last time or can he pull his head out and see this girl who loves him unconditionally?
I really enjoyed that this story revolved around Jace, I loved him as a side character in Beautiful Broken Rules. But, I'll admit that Audrey was high on my list of characters I disliked very much, so I was a little apprehensive as to how she could be redeemed into a character that I could empathize with. She is the epitome of 'don't always believe what you hear'. Just when her life was taking a turn for the better, a little rumor sent her into the depths of abandonment that rivaled her horribly abusive upbringing. Audrey's upbringing pulled at my heart and I immediately dismissed my previous feelings for her. I rooted for her from the first page and wanted her to get her happy ending. Jace is a little slow in the swooning department. But I love him anyway.
There is plenty from characters we love from Beautiful Broken Rules. Em and Jax make regular appearances and as well as Quinn and Cole. Also a few new faces that we grow to love, too.

I'm a wanderer, an adventurer, a traveler.


I want to see it all. I haven't been everywhere but it's on my list.

"She travels the world & home is always in her heart."

Lately if I'm not traveling or chasing a toddler, I'm writing. Which is weird because I hated writing in college. Oh wait, that's because that was boring. Who really wants to sit there and cite all your sources into APA format? Not this girl. Writing for yourself is enjoyable and cathartic. Please try it. Then tell me about because I love indie authors.

When I was 19, I packed up and followed my high school sweetheart from Texas to California. We had a blast living it up in San Diego. Four years later we made a crazy decision and packed up again and moved to Germany. What? Yep, you read that right. Guess what? Best decision ever! We OWNED Europe. For three years we saw as much as we possibly could. We lived an hour outside of France, a couple from Switzerland and Italy. Most amazing time of my life. Please go out there and see the world, you won't regret it. After Europe we moved back to California, and for now we're just debating our next adventure.

I earned a degree in Child Development. And now I write novels. Makes perfect sense! I write because I walk around all day with these stories in my head. It's nice to be able to get them out of my head in an organized fashion. I hope that someone out there enjoys them, because I have enjoyed so many others

a Rafflecopter giveaway
Posted by Give Me Books at 1:11 am