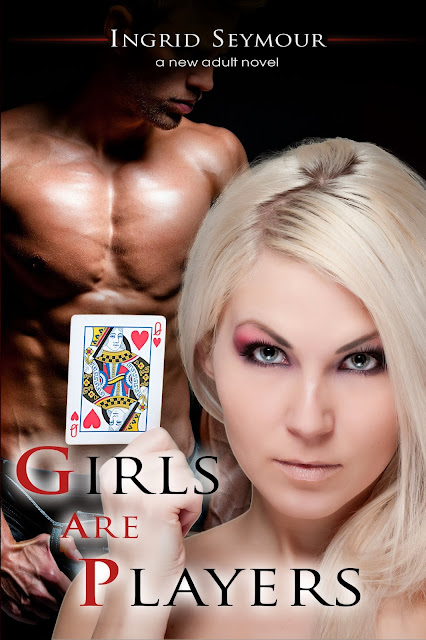 Jessica Norton is a villain in the body of a gorgeous, rich, college girl. She cheats, lies, plays with people’s feelings, and purposely breaks unsuspecting hearts to avenge a personal loss. She’s the kind of girl people love to hate—even if it’s just because she has it all. Except . . . she doesn’t have it all. What she wants most is the love of her high school sweetheart, Taylor Drennon, the guy who got away, the one who left without telling her why and caused all her bitterness.

Not surprisingly, Jessica’s evil has made her a pariah. Alone, without friends or Taylor’s love, her college life is a nightmare. She’s haunted by her own mistakes and drowning in lack of direction. Something needs to change. So when the first opportunity to turn her life around presents itself, she takes it. Home for Christmas break, Jessica runs into Taylor. His unexpected friendliness seems like an invitation to rekindle their love. Inspired by a drastic idea that will both distance her from her heinous reputation and pull her closer to Taylor, she decides to transfer to OSU where he attends under a football scholarship.

Confident she can regain his heart, Jessica reenters Taylor’s life with a splash. Failing to naturally lure him closer, she is then forced to rely on her old games and underhanded scheming. Though Jessica’s heart is in the right place, it is hidden from Taylor by her blunders. More than once their powerful chemistry takes control, leading Jessica to believe she’s winning. But, it’s a hot and cold affair, and she’s not the only one to blame for their stormy love. If Jessica can only coax Taylor into explaining why he doesn’t want her, maybe she could finally walk away from him for good, maybe she could finally be happy.

I read the first book in this series, The Guys Are Props Club, a few months back. I absolutely hated Jessica and hoped for her to get a big comeuppance. She was a wicked bitch and a terrible friend. When I saw the next book was going to be her story, Girls Are Players, I had to read it and see what was going to be her karma.

First let me start by saying that to enjoy this book to it's fullest potential you need to read the first book, Guys Are Props. To know and understand the way Jessica is and why she behaves the way she does the first book is a must.

Jessica was burned by a guy, badly. She vowed never to let it happen again and started a club at her college G.A.P. or Guys Are Props. The club was made up of other girls that had had their hearts broken. Their goal, make the guys fall for you and then dump them. Yep, she really is an evil, twisted bitch.

Enter Taylor, Jessica's first love and the guy that left her in the dust with no explanation. Jess and Taylor have a run in at a party when they're back in their hometown for a party. Jess think she can see that Taylor still loves her. So what does she do? Transfers to his school and tries to win him back. But does Taylor still love her? Or is she pulling the ultimate play on him.

This was a good fast read for me. I really enjoyed it more than I thought I would. Like I said earlier, I hated Jessica by the end of the first book. I did not find her a sympathetic character and really wanted to see how this story would flow and how the author would redeem her. I was pleasantly surprised when I found myself actually starting to like Jessica. I started rooting for her and wanted her to win Taylor back. So to Ingrid Seymour, congrats! You made me love one of the biggest bitches I have ever read! 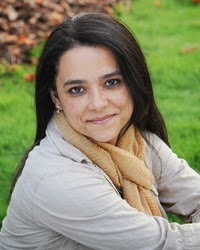 Ingrid Seymour loves, loves, loves to write. Her favorite genres are Young Adult and New Adult fiction.  Her debut novel “The Guys Are Props Club” is an NA contemporary romance which she immensely enjoyed writing.  Her favorite outings involve a trip to the library or bookstore where she immediately gravitates toward the YA section. She’s an avid reader and fangirl of many amazing books. She’s sure that one day she’ll see one of her books made into a movie. She likes to dream big ;)

a Rafflecopter giveaway
Posted by Give Me Books at 2:08 pm