Blog Tour - End of the Innocence by Alessandra Torre 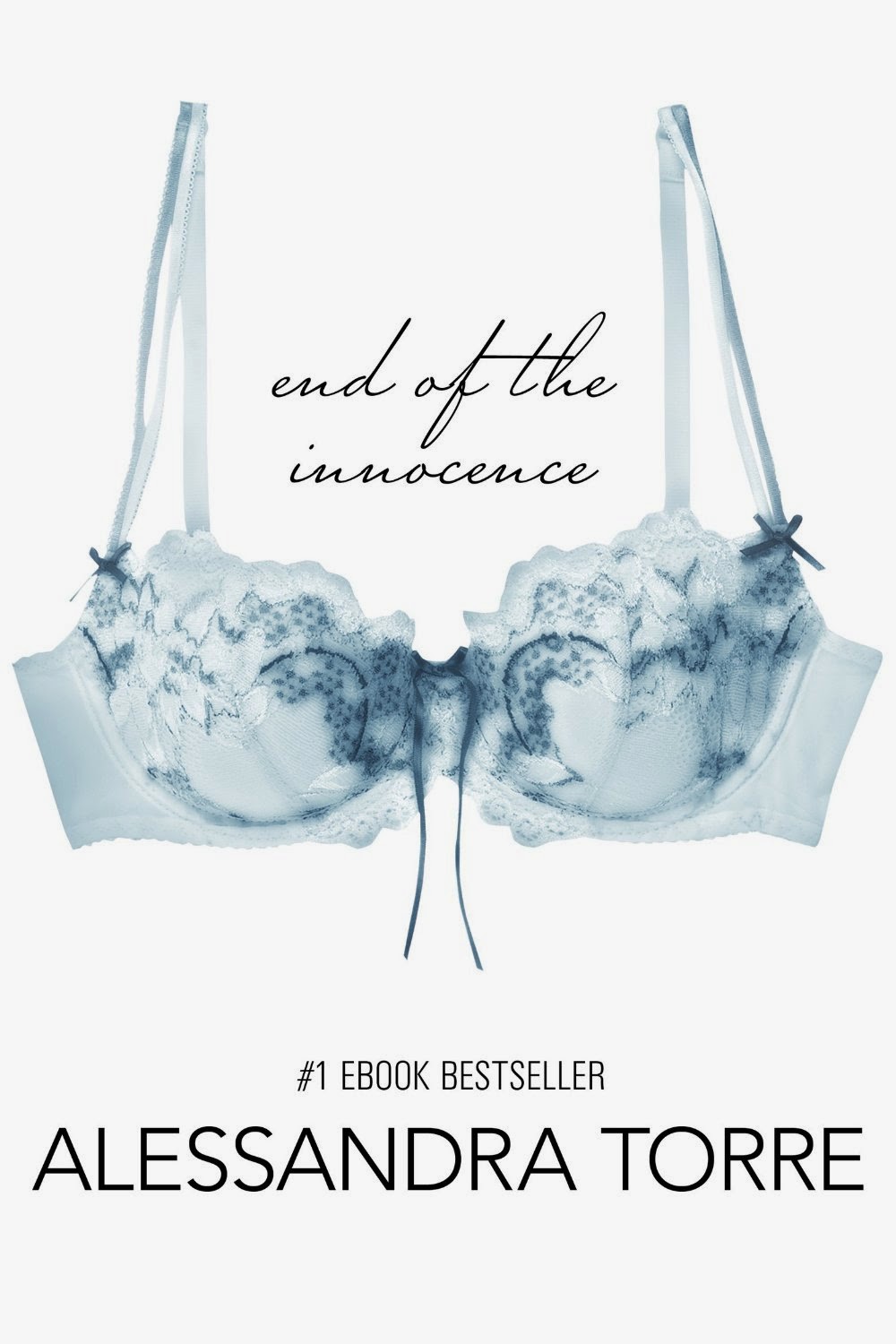 He thought I owned him. He thought he loved me, that I was enough. But this animal, this sex god who could drive me crazy and steal my heart in the same breath, he would never fully be mine. It was impossible. No one ever owned a God…

One year. I have one year to find out more about this man I am marrying. More about his family. More about our sex, and all of the dirty, delicious places it will take me.

I thought I’d spend this year making a decision. I never thought the decision would be taken from me, snatched right from my naive little hands.

Ahhh...I’m sad that the Innocence series is coming to an end. Literally, I devoured and consumed all three books of the Innocence series plus the Diary of Brad De Luca in three days.  I was addicted to Brad De Luca and Julia. I never wanted their story to end and I wanted more.  Hands down Ms. Torre’s writing is captivating and spellbinding.  When I read the last page of the epilogue, it was bittersweet for me. I hate to say goodbye to Brad and Julia. These two are unlike any couple that I have read. Their relationship screams passionate, hot, sexy, understanding, love, and trust. Brad and Julia’s relationship is not your typical norm but they are still a committed couple even though they have a sexual preference of menage. What makes this couple stand out is that there is no jealousy...they are simply confident with their relationship. Their love is so strong that not even another person can come between them. They only have eyes for each other.

End of Innocence picks off where it last left off in Masked Innocence. Julia and Brad are back and PASSIONATE than ever!!!  Ms. Torre was able to incorporate sex, love, trust, and suspense all in End of Innocence.  Julia’s new found sexuality is embraced. Brad finally found the one woman who can satisfy and complete him. Together they are each other’s missing piece.  All loose ends from Masked Innocence were wrapped up in this final installment.  Ms. Torre did not just give us an ordinary predictable love story. She took us on one hell of a sexy rollercoaster ride that I didn’t want to get off. End of Innocence concluded in Brad De Luca fashion. Readers are left holding their breath if Brad and Julia can weather any storm that comes their way. Is this lifestyle Julia wants? How strong is their love? Will Julia and Brad get their HEA?

I loved the transformation and growth of Julia’s character..the once naive heroine blossomed into a confident, independent woman who knows her sexuality. Julia is no longer blindfolded but has her eyes wide open. She knows what she loves and that is Brad. She accepts this newfound sexual exploration with open arms.  As for Brad, I absolutely love him.  He is sexy, confident, and the man knows what he wants. He only has eyes for Julia and she is the only one in his heart.  If there ever a couple who was confident in their love, it was Brad and Julia.

The Innocence series has made me a fan of Alessandra Torre.  Her writing is flawless, brilliant, and spellbinding. She has a way to hypnotize her readers with every word. I find myself losing track of time because I am devouring her books in one sitting. Her writing is original. Her characters are real. Emotions expressed are raw and heartfelt. Passion and intimacy was felt. Alessandra Torre did an amazing job in developing Brad and Julia’s relationship. It was fun, honest, sexy, passionate, fierce, and steaming hot. Brad is unlike any male hero...his presence in the book will make any readers sigh and swoon over him.  Ms. Torre will amaze and captivate you with the Innocence series.  She was able to conclude the story that left me smiling. So if you haven’t read the Innocence series, what are you waiting for? Go meet Brad De Luca..  Like an addict who needs their fix, the Innocence series was what I craved.

Alessandra Torre is a new author who focuses on contemporary erotica. Her first book, Blindfolded Innocence, was published in July 2012, and was an Erotica #1 Bestseller for two weeks. The sequel to Blindfolded, Masked Innocence, will be released in February 2014.
Alessandra lives in the Southern United States and is married, with one young child. She enjoys reading, spending time with her family, and playing with her dogs. Her favorite authors include Lisa Gardner, Gillian Flynn, and Jennifer Crusie. Learn more about Alessandra on her website at www.alessandratorre.com, or you can find her on Twitter (@ReadAlessandra) or her Facebook fanpage.

a Rafflecopter giveaway
Posted by Give Me Books at 2:50 pm