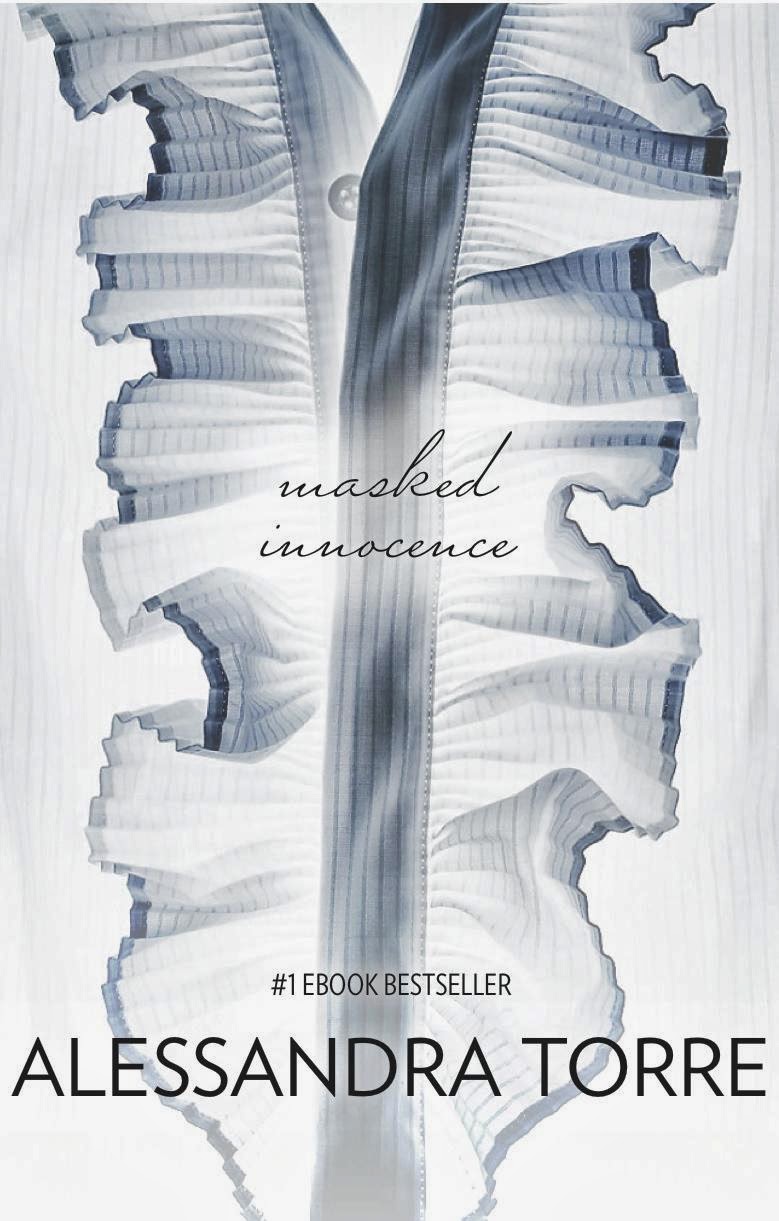 The man was sinful. It wasn't just the looks that made him dangerous, it was the cocky confidence that dominated every move, every touch. And the frustrating yet ecstatic fact about the whole package was that he could back it all up…

Julia Campbell never knows what to expect with win-at-all-costs Brad De Luca. And she's starting to like it that way. She gave up safe, conventional relationships when she let the elite divorce attorney seduce her into his world. Now that he's determined to strip her naked of every inhibition, she's in danger of falling too deep and too fast.

But their affair begins to feel even more dangerous when a murder leaves a trail of suspicion that points straight to the mob…and Brad. Trusting a man with a bad reputation and a past full of secrets seems like a mistake. But when she's forced to make a choice, the consequences will take her further than she could ever have imagined.

Masked Innocence is the sequel of Blindfolded Innocence and it picks off where it last left off. Brad De Luca and Julia Campbell are back and HOTTER than ever!! Ms. Torre took Masked Innocence to another level of sexy. Brad wants Julia. She wants Brad but she must be willing to let go of her inhibitions and embrace this new found sexuality Brad wants them as a couple to explore. Goodbye innocent Julia and say hello to the new Julia: confident, sexy, and open-minded.

Brad is willing to be in an exclusive relationship with Julia but there is one catch. He is willing to share Julia when it comes to menage play. They would try new things as couple. This whole new experiences is a new territory for Julia but she is willing to explore it for Brad. As Julia and Brad continue their courtship, she finds herself falling for Brad.

While Julia and Brad’s relationship had lots of steamy and hot moments, there was an added suspense to the storyline. For one, one of the partners at Brad’s law firm was murdered. Julia is distraught over the murder of her boss. She begins questioning and asking questions of possible suspects. Unfortunately, her life now hangs in the balance when word gets out that she needs to be removed permanently. Who is after Julia? How is Brad connected to the murder? What secrets will be unraveled?

Brad finds himself protecting Julia at all cost, even putting his life and career on the line. The development of Julia and Brad goes beyond hot sex and suddenly the two find themselves falling in LOVE!! For Brad, this is a new feeling for him causing him to see a future with Julia.

I really enjoyed reading Masked Innocence. It had elements of steam, intimacy, romance, and suspense. Ms. Torre’s writing is spellbinding and I found myself wanting more of Brad and Julia.  I love how readers are curiously awaiting what does the future hold in store for Brad and Julia. Although this book ends in a happily for now, I can’t wait to see what will become of this couple.  Is love enough?
~ Review by Michelle

Alessandra Torre is a new author who focuses on contemporary erotica. Her first book, Blindfolded Innocence, was published in July 2012, and was an Erotica #1 Bestseller for two weeks. The sequel to Blindfolded, Masked Innocence, will be released in February 2014.
Alessandra lives in the Southern United States and is married, with one young child. She enjoys reading, spending time with her family, and playing with her dogs. Her favorite authors include Lisa Gardner, Gillian Flynn, and Jennifer Crusie. Learn more about Alessandra on her website at www.alessandratorre.com, or you can find her on Twitter (@ReadAlessandra) or her Facebook fanpage.

INNOCENCE SERIES
#1 Blindfolded Innocence
#1.5 The Diary of Brad De Luca
#2 Masked Innocence
#3 End of the Innocence
Posted by Give Me Books at 2:42 pm