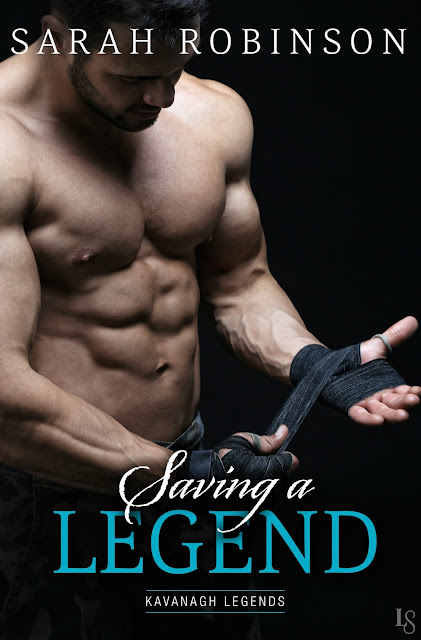 Praised by Penelope Ward as “a unique story line with multiple layers to it,” Sarah Robinson’s Saving a Legend goes another round with the brooding Kavanagh brothers: MMA fighters who won’t call it quits in the ring, or in romance.

His family’s gym has produced a roster of mixed martial arts legends, but so far Kieran Kavanagh hasn’t followed in their footsteps. After a brawl lands him in jail, Kieran is assigned to work at a center for at-risk youth. Though given a second chance, Kieran’s simply going through the motions—until he meets one very special kid, Shea Doherty, and falls hard for her very beautiful, very grown-up big sister, Fiona. The trouble is, Kieran’s best opening moves are getting him nowhere fast.

Fiona Doherty has too many responsibilities to fool around, especially now that she has custody of Shea. Sure, she’d love to find a devoted partner. But she won’t jeopardize her sister’s happiness—or risk revealing her tortured past—on a love-’em-and-leave-’em type of guy like Kieran . . . so it’s up to him to prove her wrong. As Fiona spends more time with Kieran, she starts to see a softer side of the reckless warrior. Now she must admit that when it comes to the possibility of real love, well . . . there’s a fighting chance. 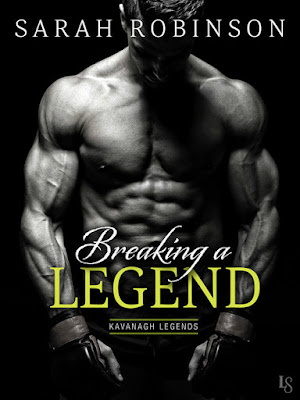 Sarah Robinson is the bestselling author of the Kavanagh Legends series, The Photographer Trilogy, and the Sand & Clay rock star series. A native of Washington, D.C., Robinson has both her bachelor’s and master’s degrees in criminal psychology. She is married to a local police officer who is just as much of an animal rescue enthusiast as she is. Together, they own a zoo of rescue and foster animals.