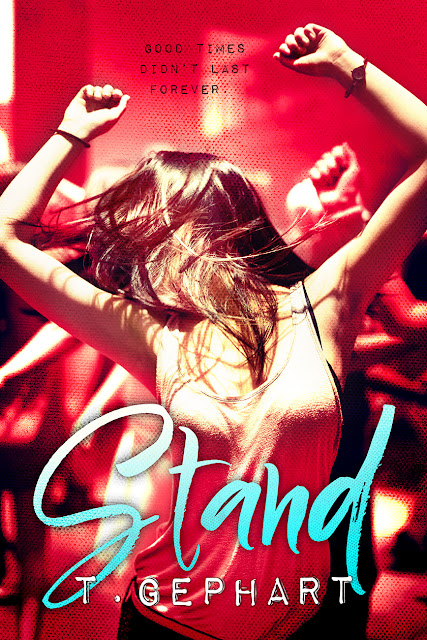 Good times didn’t last forever. While Beth Hart had enjoyed being the sometimes girlfriend of Max Reynolds—the hot bass player for Black Addiction—she knew it would never be more than a casual fling. He was destined for greatness, and she cared too much to hold him back. So, before she lost her heart and her sanity, she said goodbye to the Bronx, moved to Manhattan and left her party-girl days in the past—along with Max.

Nothing made Max happier than being a success in his own right. And in the last few years, he and his band had well and truly earned it. Moving to the city and enjoying the spoils of his new lifestyle made perfect sense, and he loved his new address. It wasn’t his new huge penthouse apartment that got him excited; it was his new neighbor. The one girl he regretted letting go—Beth.

He wanted her back and would do anything to make it happen. Hopefully it wasn’t too late. 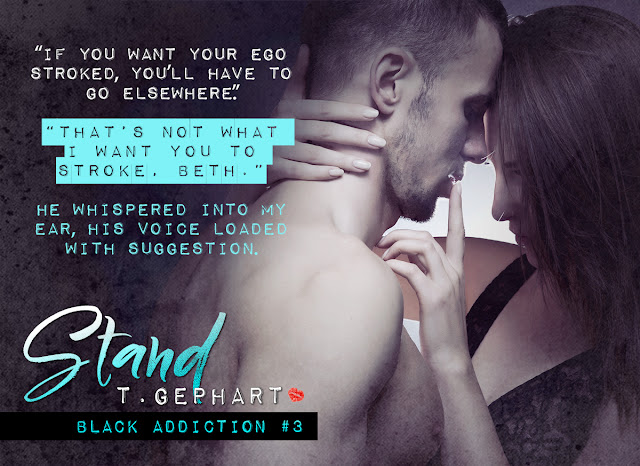 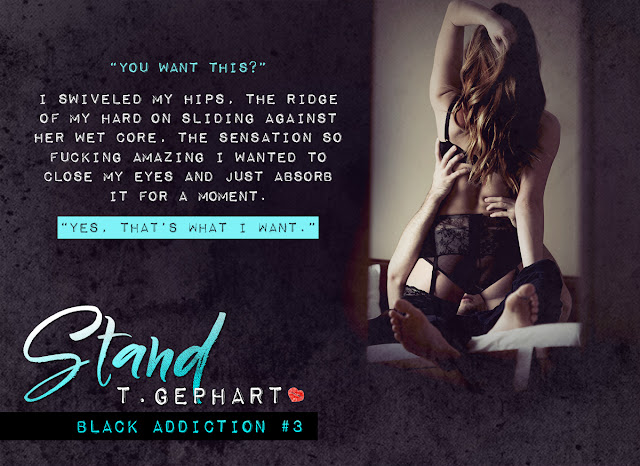 
It was the calm before the storm.

Neither of us had spoken about it last night, both too caught up in each other to care what it all meant. He was irresistible and I saw no reason to fight the urge. No matter how many times we drifted apart, we always seemed to end up back together. Maybe it was sheer magnetism, maybe it was his amazing smile? Or maybe it was his delicious well-toned body that did amazing things to mine? It could have been any of those reasons, but mostly it was because of the way he made me feel.

Some of my best memories featured the man sleeping soundly beside me. And it wasn’t even about the sex, although . . . yeah, his talents weren’t only restricted to the stage. There was just something about him. Something bigger than what he already was, and I knew living in the Bronx and working at Staples wasn’t his destiny.

Sadly, neither was I.

International rock sensation Power Station had seen it too, signing up Black Addiction—Max’s band—to be their support act for a huge stadium tour. They’d already wowed the crowds at Madison Square Garden, the other crowds would follow too and then the world would see what I already knew.

Max Reynolds was a rock star.

We’d taken a break from each other around three months ago. No messy break up, no drama—just our lives taking us in different directions. It wasn’t a new thing for us, and in some ways, it just worked. But last night wasn’t us getting back together; last night was something else entirely.

His eyes were shut tight as he slept, completely unaware as I watched him. His perfect lips parted just slightly as the air whistled past. And I knew this would be the last time we could do this; at some point we’d stop the revolving door.

“Yep, I know better than to try and keep up with you and your band.” I couldn’t help but smile back. “How about you? You had a pretty serious commitment with that bottle of Jäger.” Don’t know why I asked; I’d never seen him rocking the next morning regret like most of us did.

“Never felt better.” He smirked, his fingers trailing up my side, tickling my skin until they reached my breast. His talented fingers palmed me, hinting that he had other things on his mind other than his lack of hangover. “And my only commitment last night was pleasing you. So, tell me . . . how did I do?”

God, he was smooth.

He had this uncanny ability to make you feel like you were the only woman in the room, like nothing else mattered, and even if I knew it was temporary, I loved it.

“I think you got all the confirmation you needed last night.” I grinned as I nestled into his side. “If you want your ego stroked, you’ll have to go elsewhere.”

“That’s not what I want you to stroke, Beth,” he whispered into my ear, his voice loaded with suggestion.

“I should probably go.” It’s not that I didn’t want to stay, but it didn’t take a rocket scientist to know where this would end up. Sleep was not part of that equation.

“Why? Stay in bed with me.” His muscular, inked arms caged me against his body, the heat between us having nothing to do with the temperature in the room. “I’m almost positive you won’t regret it.”

I wouldn’t regret it.

But in my heart I knew that this was the end of the road for the two of us. And as much as I wanted to keep going by his side, he had to walk it alone. How much longer could I stay? A week, a month, a year? He needed to be single. Free to do whatever he wanted to do when that spotlight finally hit him and not wonder if it would have been different without a girlfriend ball-and-chain. I wouldn’t be the source of anyone’s regrets, not least someone as special as Max. He was on the cusp of something great, and I cared too much to hold him back.

“You need sleep, you have a show tonight.” My hands moved over his chest. “We both know if I stay, there will be no sleep.” I tried in vain to free myself from his arm prison, my attempt laughable as he pulled me closer.

“Sleep’s overrated.” The words vibrated against my ear as I closed my eyes and remembered the moment. The one that would be the last time in his arms.

“You might not be dealing with a hangover, but you can’t outrun fatigue. Sleep and I’ll see you when you get back in town.”

“Beth.” His lips pressed against the back of my neck, my short black hair offering me little protection as his hot breath defied logic and gave me goose bumps. “We’ll always end up like this, you and me.”

Not always, not anymore.

I didn’t dare say it. More because I didn’t want to hear it even though I knew it was the right thing to do.

“You going to let me go?” I asked, his arms showing no sign of releasing me

“For now.” He kissed my neck before loosening his hold and allowing me to sit up.

“You’re going to do great on this tour; this is what you’ve been waiting for.” I didn’t have to even force the smile on my face, I was genuinely happy for him. “Your life is about to change.”

“Whatever happens, happens.” His arms flexed and anchored at the back of his neck. “I’m still going to be me, that won’t ever change.”

“Good.” I fished my T-shirt from the edge of the bed and threw it over my head. “And I’ll be your biggest fan.” It was an easy promise to make; being supportive was something that I planned to continue. And something I could do even if it wasn’t by his side.

“Just promise you won’t get all weird and start stealing my underwear to sell on eBay.” He watched me as I slid on my own and grabbed my jeans from the floor.

“So, I should put back the pair I have stuffed into my purse?” I turned back to face him as I pulled up my jeans, batting my eyes seductively for effect.

I hadn’t actually stolen a pair of his boxer briefs, but it was easier than the inevitable so-this-is-where-it-ends that needed to happen.

“Call me, Beth.” He didn’t hesitate, his eyes looking directly into mine. It was as if he already knew that I probably wouldn’t but wouldn’t push the issue either. It was a weird stalemate, so much left unsaid, but all those words not spoken completely understood.

“See ya, Max.” I allowed myself one last look at him before scooping up my shoes and shuffling out of the room. The door closed behind me giving me a resting place for a second before I walked out of his house.

We both needed this. It wasn’t just for him; this was for me too. Together neither of us would reach our full potential, and we owed each other that. I was more than just a bass player’s girlfriend. I was more than a girl with tattoos, funky hair and a short skirt. If I stayed . . . he was too easy to fall in love with.

There was no sadness when I left; my heart wasn’t breaking. I was excited about what the future held for both of us and while I’d miss him, someday we would both be thankful.

In time we would both move on, and hopefully when he thought of me, he’d remember good things.

I would always, when I thought of him. 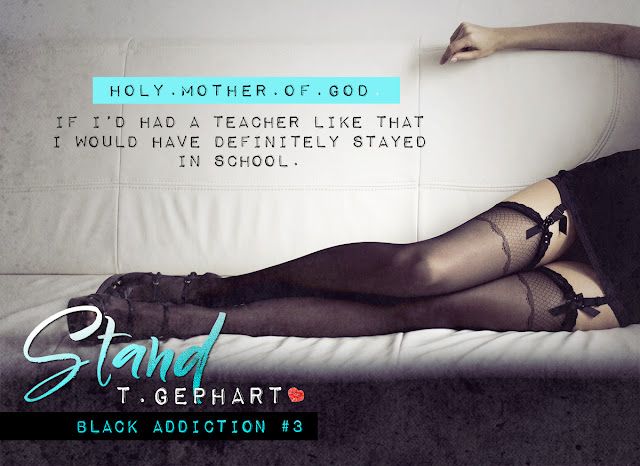 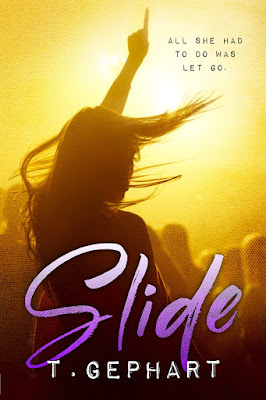 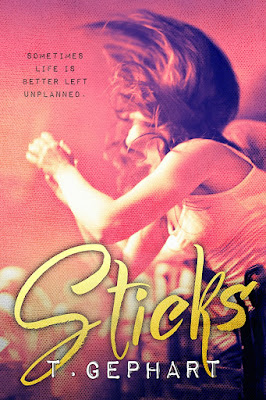 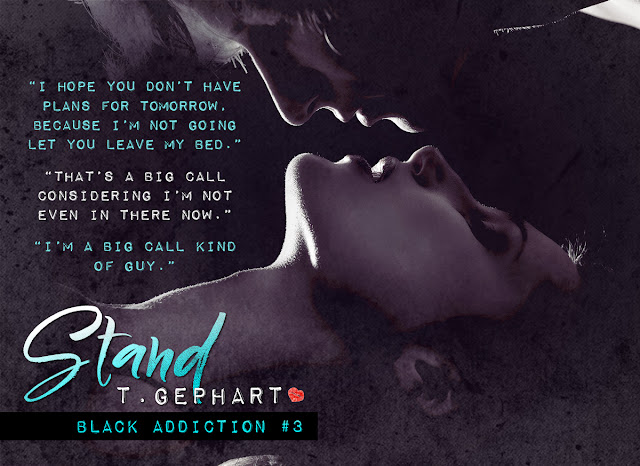 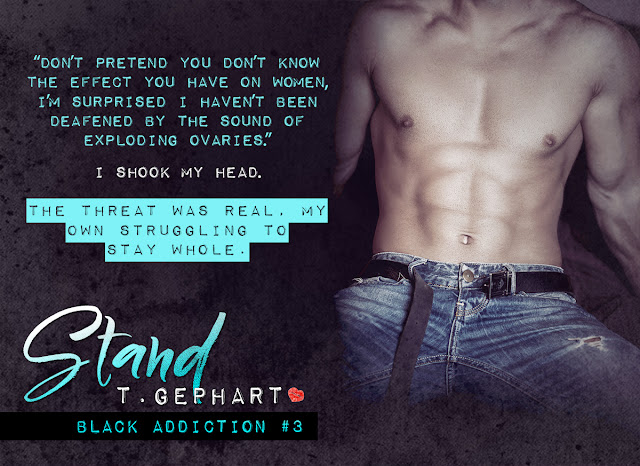