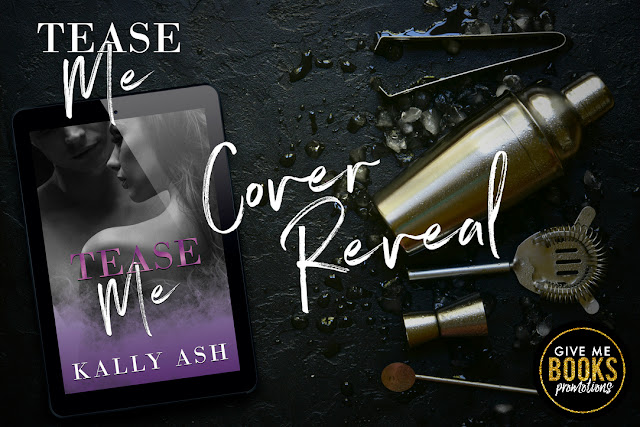 Evangeline Webster is a woman who knows what she wants and how to get it. Her bar, Temptation, is her life, leaving her no time for any sort of romance unless it’s a quick and dirty one-night stand followed by a side of never-see-you-again. The last thing she expects is for a ghost from her past to wander into her bar, threatening everything she’s worked so hard for.

Beau Jenkins’ whole life changes with a diagnosis. He gives up his studies and his life in order to care for his ailing mother. When fate eventually snatches her away, he loses not just the woman who raised him single-handedly, but also his foundation. He’s revived by a chance encounter with the woman who has haunted his thoughts for years. She brings him back to life, but his fears and regrets stand in the way of him chasing what he always wanted with her.

Later, Evangeline walked quickly to the bar, dying to get out of the heat of the day. It was rounding midday, and every suit, Botoxed bimbo, and unlucky bastard trying their luck at living the Hollywood dream was out, clogging up the sidewalks. Slipping between two businessmen—both on their phones—she kept weaving in and out of the crowd, finally arriving at the club. She pulled the keys from her pocket just as someone bumped into her, sending them flying out of her hand.
The guy didn’t stop.
“Way to go, jackass,” she said under her breath. Crouching down, she swiped the keys off the sidewalk and looked up, her breath halting in her lungs for a moment. Beau was waiting outside the club, his arms folded over his chest like he had all damn day to wait... for her. Her heart lurched when his eyes met hers, determination shining in them. With her mouth suddenly dry, she wondered if she could simply turn around and go back to her apartment.
She’d dreamed about him last night. After seeing him at the café, after talking to him and finding out the truth, it almost made her reconsider her decision to keep him at a distance. She longed to have that intimacy back with him, but she wasn’t sure she was willing to risk her heart for it. It could only survive being decimated like that once.
Shaking herself, she straightened her spine and approached the front door of the club. Every one of her movements was precise—careful. She felt the key slide into the cylinder, felt each of the teeth slide into position. Letting out a breath, she turned the key and opened the door. She peered over her shoulder at him, already knowing he wasn’t going to leave.
Once he has an idea in his head…
He followed her, closing the door behind him. She spun around to face him, yet he didn't say anything. He didn't need to. She could read everything he wanted to say in his expression, in his heavy-lidded gaze. She backed farther into the club, her skin prickling with awareness.
"Come to my office," she murmured. Turning, she felt as if she were floating. Beau was a solid wall of heat at her back, and her body remembered what he felt like on top of her, what he felt like inside her. She walked into her office and stopped when Beau's warm fingers curled around the back of her neck. The heat intensified as he pressed himself against her, his pecks in line with her shoulder blades.
"I know you haven't forgotten how good we are together."
"Were, Beau."
His chest rose and fell. "We can have it again, Vee."
She shook her head. "I can't."
"Please."
Her eyes closed as she felt the last of her resolve crumble and dissolve. What if it was only one time? Surely what she felt was just an itch she needed scratched. "No, Beau."
With a soft curse, he spun her around, forcing their eyes to meet. "You're lying."
She jerked her chin up. "Don't."
"Don't what? Tell you how I feel? Tell you that I've missed you every single day since I lost you?"
"Yes," she hissed. "Don't say that. Don't tell me those things."
"Why not?" he shot back, taking a step toward her, forcing her to back up. "Because you feel the same way?"
Evangeline's back slammed into the wall of her office. "I don't."
"Liar."

Kally Ash is a contemporary romance author whose passions include curling up with a good book, devouring chocolate and getting kitty cuddles. Tempt Me is her debut novel, and the first book in a three book series. Some of her unicorn authors include Sawyer Bennett, Elizabeth Hayley and Haley Jenner.