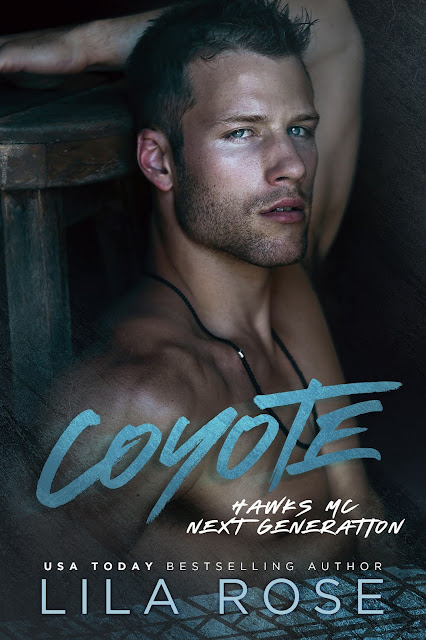 From the bestselling Hawks MC series, Talon’s son, Cody, is all grown up and it’s time for his story!
Humiliated years earlier when in high school, Channa Edwards never expects to see her knight in shining armour again. In fact, she really doesn’t want to, but of course, life wants to mess with her again. It’s just by luck he doesn’t recognise her, and for a blissful moment, she thinks she’s got away with it.
That’s until another situation brings her knight back into her life.
Cody “Coyote” Marcus, son to the Hawks MC president, goes through life easily. He has a great family, a business he loves, and women if he wants them. Then, by chance, he meets a cute, bumbling baker, who doesn’t seem to want anything to do with him.
Of course, he has to change that, and make Channa see he’s worth getting to know on all levels. 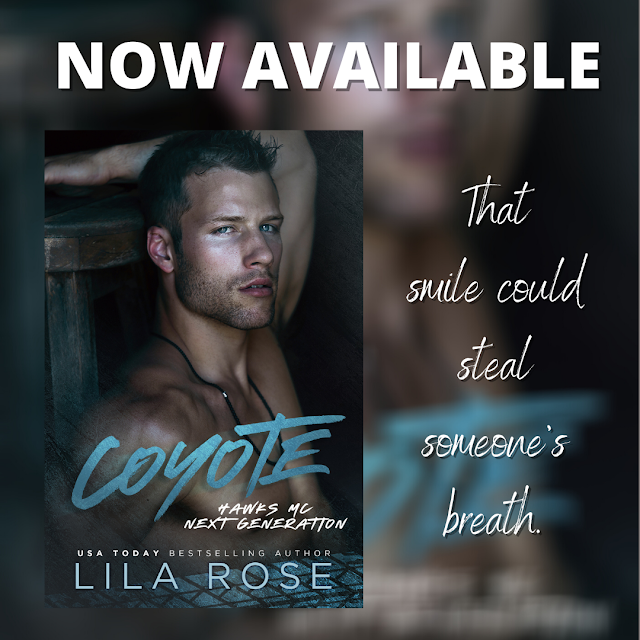 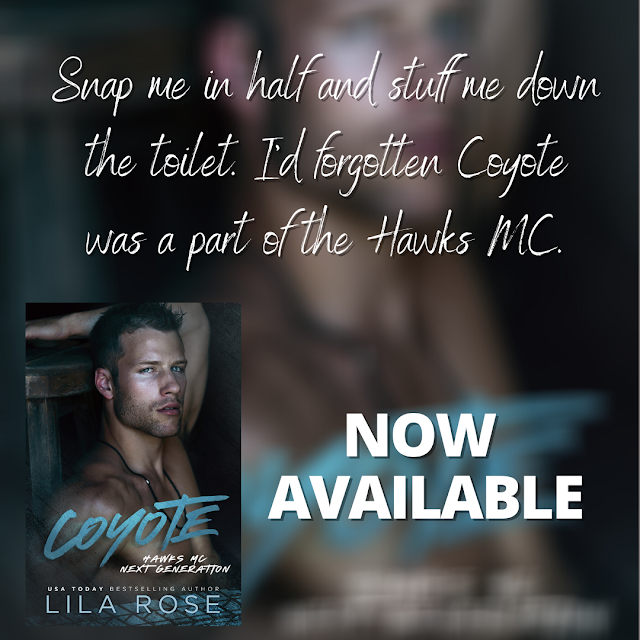 EXCERPT
No way.
No fudging way.
He was here. Right over there and inside the shop.
“Denise, I’ll be out back if you need me,” I whispered with a panicked edge to my tone before I bolted through the swinging doors behind me. Leaning over, I rested my hands on my thighs and took gulps of air.
“Channa, are you all right?” Stanley asked. He dropped the bowl on the workbench and started for me. I quickly straightened and waved him off.
“I’m fine…. I… think I swallowed a fly.” And a lie. I hated lying, but I couldn’t exactly tell Stanley, who was my cake-icing machine and sixty years old, that I ran like a wuss when I saw him. It would just be confusing, and then I would have to delve into my past, into a moment of time I wanted to forget.
Stanley screwed up his nose. “Blasted warm days stink arse. It’s hotter than hell in here. My balls are sweating so bad and my icing doesn’t want to work.”
I moved over to the bench and pressed my hands onto the cool stainless steel. “Come on, Stanley, I know you can work your magic. I might have turned off the ovens a little late this morning, but the air con is on and it’ll start freezing this place over soon.”
I could have done without hearing about his balls, but I’d put up with it because Stanley was a master at making and applying icing to all my baked goods. He was a god, and I wouldn’t know what to do without him, because I had skills to bake, which I loved doing, but the delicate decorating just wasn’t for me. I messed them up each time I tried. It was how I’d known I would have to hire someone and was lucky Stanley had approached me about the work when I’d advertised.
He huffed and said, “I’m going into the coolroom.” He picked up his bowl and walked to the floor-to-ceiling coolroom at the back of the work area. He opened the door, stepped in, and I caught his shoulders sag in relief before he shut the door behind himself.
Turning back towards the front of the shop, I tippy-toed back towards the doors, thankful Stanley wasn’t there to see my childish actions, and pushed them apart enough to peek out.
A squeak slipped through my lips, and I let the doors fall closed quickly. Taking a step back, I rested my hand over my swift-beating heart.
He was right there.
At the counter.
He was smiling at something Denise was saying. That smile could steal someone’s breath. It had stolen mine every single time back in high school. Only I hadn’t seen it since then, for eight long years, and the power of having it directed my way had grown. His light eyes could trap another’s gaze. His dark hair looked like it needed someone to run their fingers through it. His body…. All right, I had to stop there. Yes, he was handsome, but right then I didn’t need my hormones seeking out someone for a roll between the sheets. Especially not him.
I only hoped he would take whatever he was ordering and go. There wasn’t anything in the world that would have me out there in the bakery when Cody Marcus was inside.
I jolted when Denise popped her head through the doors. “Need help, please.”
Son of a bitch.
Okay, there was nothing except that. 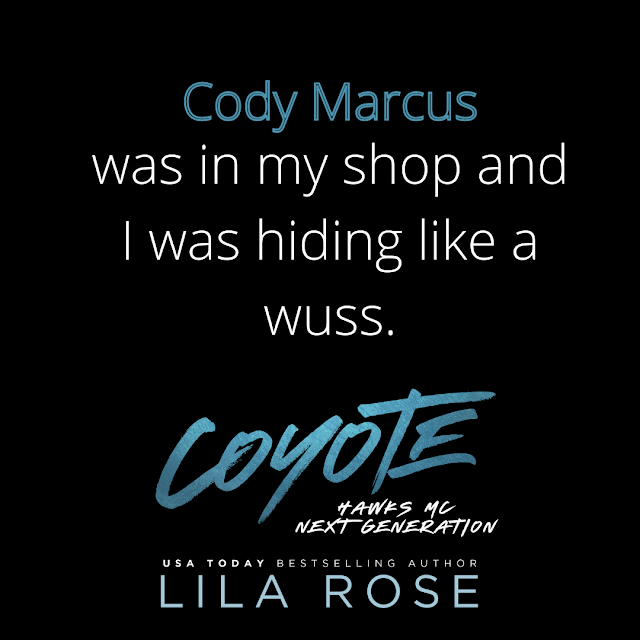 Lila was born in Brisbane Australia, her step-dad was in the Army which caused them to move around a lot. They finally settled in country Victoria, Australia. Being the youngest of four children she admits she was spoilt a bit. Even drove her mum crazy when she refused to eat meat at a young age.
Now, Lila lives with her husband and two children.
She started writing in 2013 and self-published the first of the Hawks MC: Ballarat Charter series- Holding Out. Since then, she has published eleven other titles, which range from erotica, humorous romance, YA and paranormal. 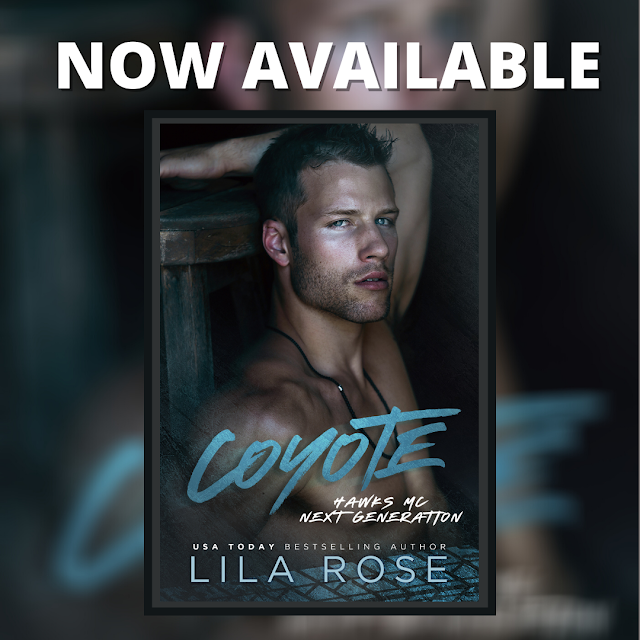