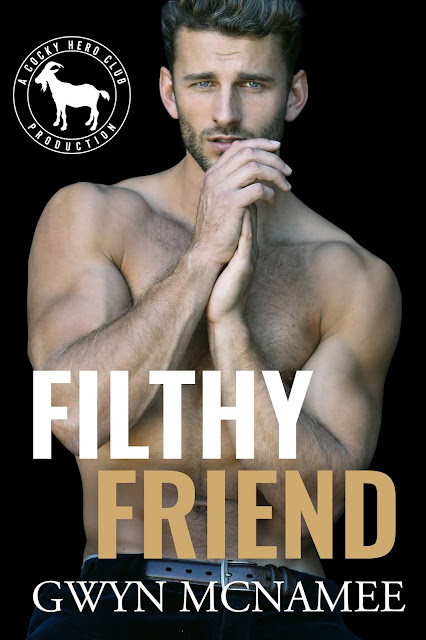 Only one word can describe the man who performs online as HRD4U…
FILTHY.
He really knows how to work that massive asset on camera.
Couple that with the dirty talk he uses to describe his fantasies while he does it…
It’s enough to drive me mad while I watch.
Because just like my screenname says, INEEDSOMED.
Too bad men like HRD4U don’t exist in real life.
Apparently, finding a nice guy with a nasty mouth and a mammoth gift between the legs is asking too much.
Instead, I just get snooze-inducing lovers and dates with no chemistry.
Having my BFF Flynn McAllister right next door helps ease some of the pain of breakup after breakup.
But he can’t know what I really want or why my relationships always fail.
I just want to be dirty.
But now, all my dreams might be coming true…
All because of my filthy friend.

EXCERPT
Rachel bends over in front of me and wiggles her ass from side to side before she takes her shot. I bite back a groan and lean against the bench next to hole number eight.
The miniature golf course is crawling with kids at this time on a Friday night, but I never mind coming to play. Seeing Rachel’s competitive side always makes for incredible comedy. It must run in the family because given what she’s told me about Bash and Jameson, it seems they’re all a little overly driven to win. Probably comes from their father. She knows she’ll never beat me, but she insists on coming back for rematches anyway. Then she gets all worked up when she loses, or she tries to cheat and thinks she can get away with it.
I deal with numbers all day, so there’s no way she’s sneaking something like a dropped stroke or altered scorecard past me. I’ve called her out on her shenanigans more times than I can count over the years, yet she still tries. And I still laugh.
Every. Single. Time.
Because she’s just so damn adorable doing it.
This is making the whole “get over her and move on with my life” thing even more difficult. I spent this week trying to get my head on straight about the entire situation. To get myself to a place where I could look her in the eye and tell her I’m not in love with her, if it came to that. But if she asked now, or pushed, I would crumble faster than a weak foundation.
Her ball whizzes through the alligator mouth, past the hole, bounces off the rear bumper, and comes all the way back to us. I lose it and dissolve into an uncontrolled fit of laughter while she stomps her foot and shakes her club at the ball.
“What the heck was that? I had that lined up perfectly!”
I snicker as I shoulder her out of the way to take my shot. “What’s your definition of perfectly?”
She glowers at me. “Okay, Tiger, let’s see what you got.”
I grin as I line up my shot and swing the shitty little putter the course provided. My ball shoots forward perfectly straight through the alligator’s mouth and into the hole with a satisfying plunk. “You mean like that?”
Perfection.
Which means Rach is going to be pissed. She hates losing. At anything. Especially to me. I turn back to her in time to see her scowl again and stomp her foot like the kindergarteners she teaches.
“That’s not fair! You grew up playing golf.”
I walk over to her, wrap my arm around her shoulder, and squeeze her gently. “True, but it’s not like I’ve played much since high school.”
Other than a few rounds with clients, I barely have time to relax, let alone play on a regular basis. That fact doesn’t seem to appease Rachel, though.
“Still, hardly a fair matchup. You played varsity golf, and I learned to putt on a course like this with a damn clown laughing at me trying to get a ball in his mouth.” She slides out from under my arm and goes over to hit her ball again. This time, it heads straight for the hole and drops in. She jumps up and down and pumps her fist in the air. “Killed it this time. That’s two for me and one for you.”
We walk up toward the hole—around the fiberglass alligator and “water hazard”—which is currently inundated with the noise of screaming kids at the surrounding greens and lit by glaring overhead spotlights.
She reaches down to grab both of the balls. Her jeans stretch taut across her ass, and I have to look away.
Too late.
My dick swells, and I surreptitiously reach down and adjust it to a less conspicuous position. Hopefully, no one saw that; otherwise, I’ll have the cops swooping down on me in minutes, accusing me of touching myself around kids like some sick pervert.
I may be a pervert, but I’m not that kind of pervert. 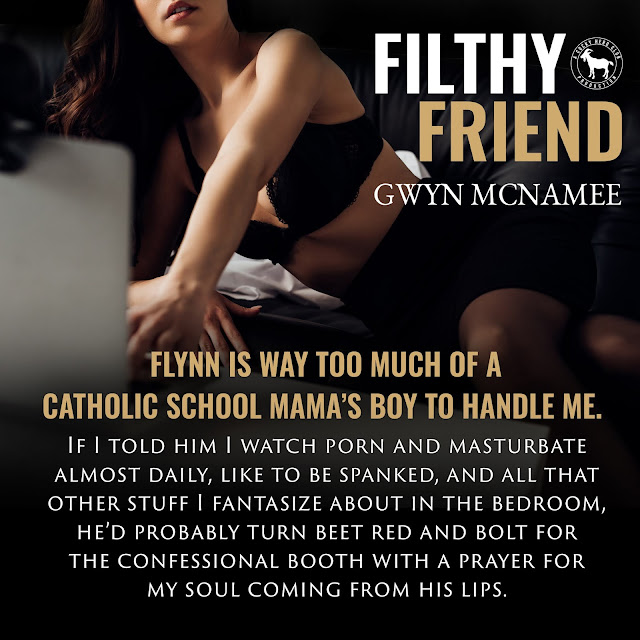 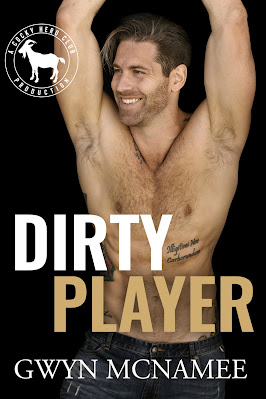 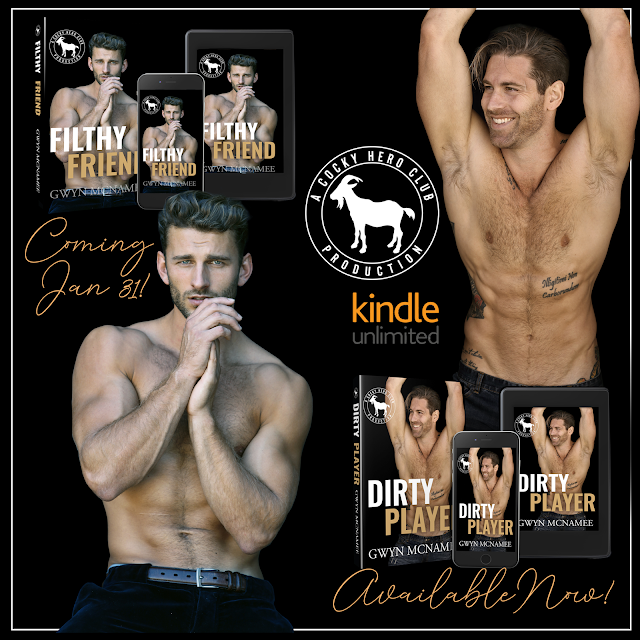 Gwyn McNamee is an attorney, writer, wife, and mother (to one human baby and one fur baby). Originally from the Midwest, Gwyn relocated to her husband’s home town of Las Vegas in 2015 and is enjoying her respite from the cold and snow. Gwyn has been writing down her crazy stories and ideas for years and finally decided to share them with the world. She loves to write stories with a bit of suspense and action mingled with romance and heat.
When she isn’t either writing or voraciously devouring any books she can get her hands on, Gwyn is busy adding to her tattoo collection, golfing, and stirring up trouble with her perfect mix of sweetness and sarcasm (usually while wearing heels).
Gwyn is the author of The Hawke Family Series, The Slip Series, The Deadliest Sin Series, The Inland Seas Series, and The Supernatural Love Stories in the Absurd (as her alter-ego D.P. Payne), along with several stand-alones. 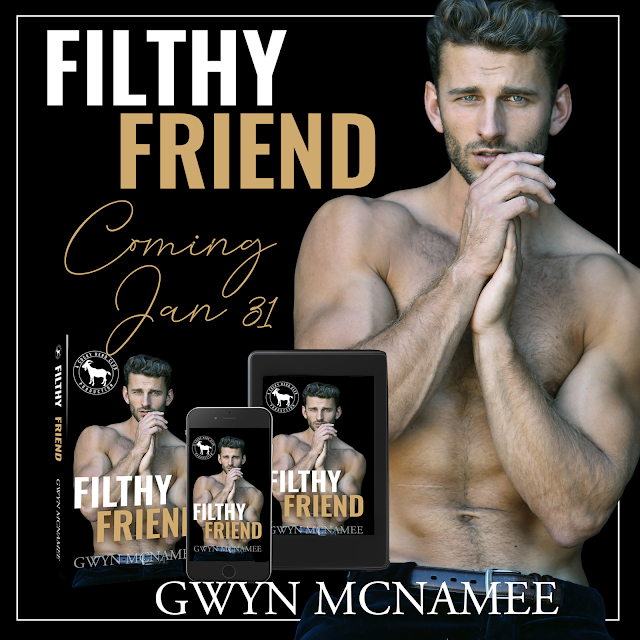