Excerpt Reveal - The Commoner and the Correspondent by Heather Slade 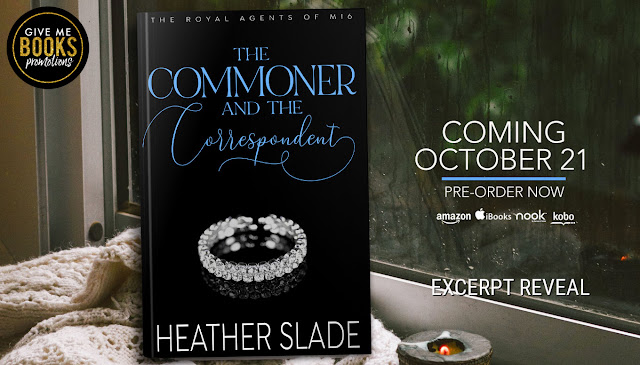 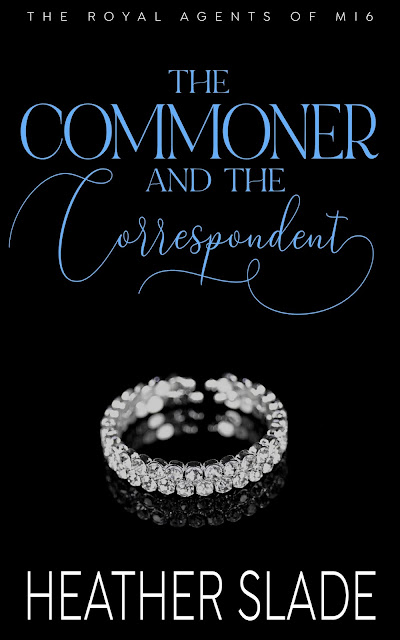 What could be sexier than British-accented spy?
Put him in a tuxedo and hand him a brandy.
A commoner buried in his work.
A correspondent in over her head.
Fiery and furious, they dig deep into the throes of passion.
THE COMMONER
Reporters need to back off. I’ve got a job to do. Being overworked, overwhelmed, and underappreciated, the last thing this M15 agent needs is a sexy and incredibly persuasive journalist knocking me off my game. But the terror in her eyes tells me she needs me—in more ways than one.
THE CORRESPONDENT
The byline of a lifetime. Every reporter wants to unearth the biggest news story to hit the globe. And I’m close—so close. But when a body is left on my floor with a note, “You’re next!” I know I’m in over my head. Can this correspondent let down her guard and let the commoner take over? 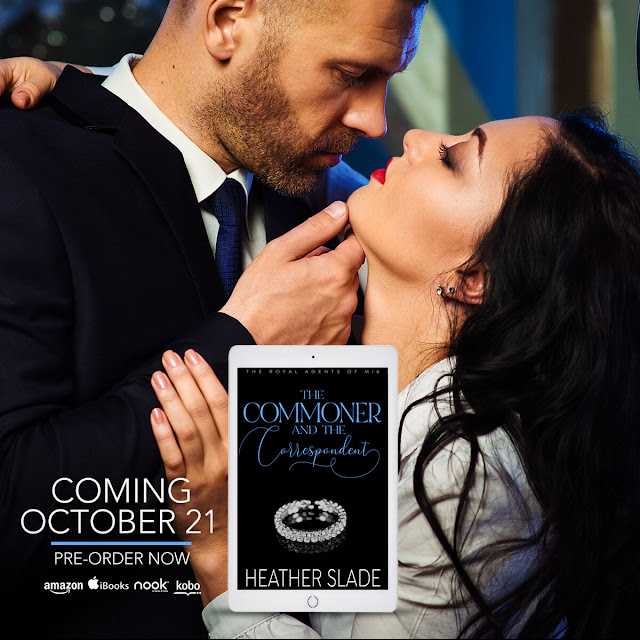 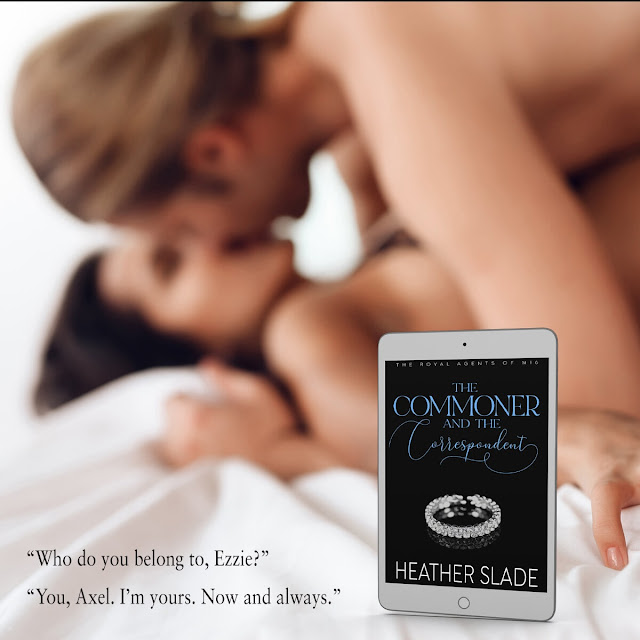 EXCERPT
It was too chilly for a walk, but I needed the fresh air to catch my breath and attempt to clear my mind.
What in the name of God had happened in the last hour? One minute Pinch and I were arguing about his refusal to show me photos of who I now knew was Tommy Sholes, and the next, he’d looked as though he wanted to kiss me.
I stopped under a tree and covered my face with my hands. I had to be losing my mind. There was no other explanation for it.
When I’d run away from his kiss last night, I was steadfast in knowing I was doing the right thing. I owed Darrow that much, without, at the very minimum, talking to her about it. Since Darrow was evidently unreachable at the moment, I had no intention of coming within arm’s reach of Pinch again. But, God, I wanted to know how his lips would feel, his tongue dancing with mine, his naked body beside me.
“Good God,” I groaned. It wasn’t as though I was still a girl in secondary school. I was a grown woman—an adult—who knew better than to poach my best friend’s man.
I heard the front door close and saw the man himself walking toward me. It was a sight I could linger over for hours.
I wondered if he’d ever played football; he was certainly athletic-enough looking to have. His physique lent itself to him being a target man, but that wasn’t all that made my mouth water. His self-assurance added exponentially to his allure. And those eyes. I could get lost in them for days.
“You look as though you’re fixing to eat me alive, Ezzie.”
I felt my cheeks flush. “In a manner of speaking.”
The last thing anyone would accuse me of, would be a prude. In fact, it was quite the opposite. Among my group of friends at university, raunchy jokes were known to be my forte. However, when I was around Pinch, I found myself blushing as much as a twenty-nine-year-old virgin. Which I wasn’t. What was it about him that made me want to behave? I shuddered at the word.
“Esland?”
I rolled my shoulders. “Um, did you reach Z or George or whomever was trying to reach you?”
“I did, and they’re on their way here. Do you want to tell me what else is going on with you?”
“Let’s see…Someone was killed in my flat. Someone who believed my parents’ death was no accident. On top of that, whoever killed him threatened to kill me too. I’m in the bloody Cotswolds where I have to ask permission to go outside, and if all of that isn’t bad enough, I spent the morning wishing I could kiss my best friend’s boyfriend." 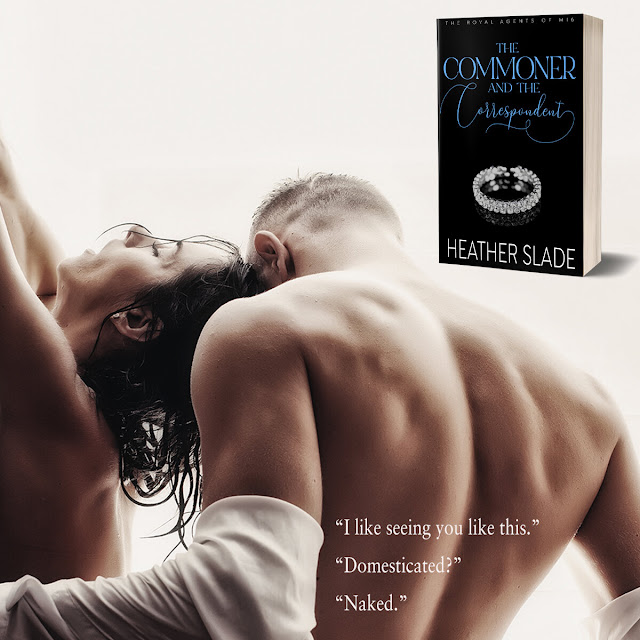 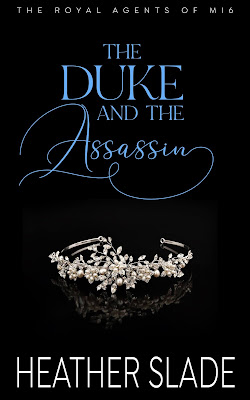 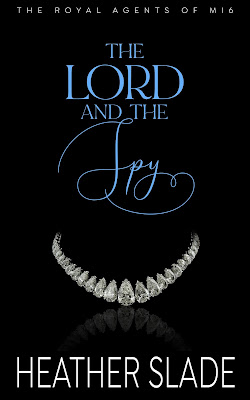 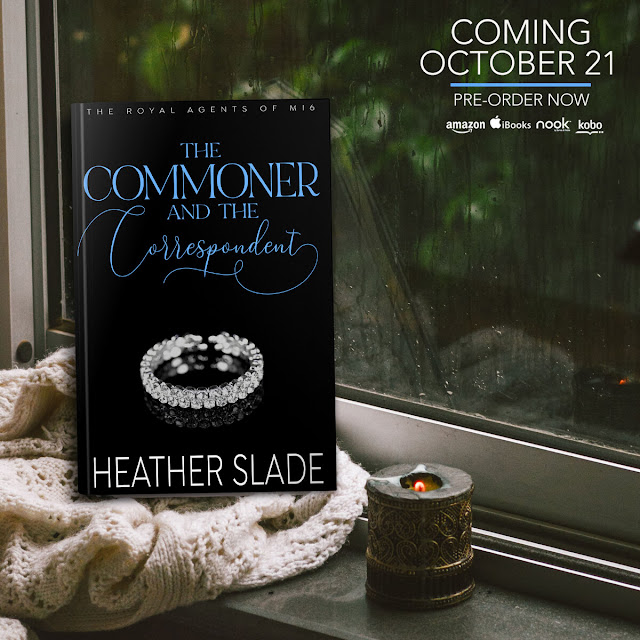 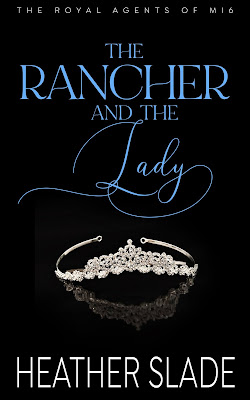 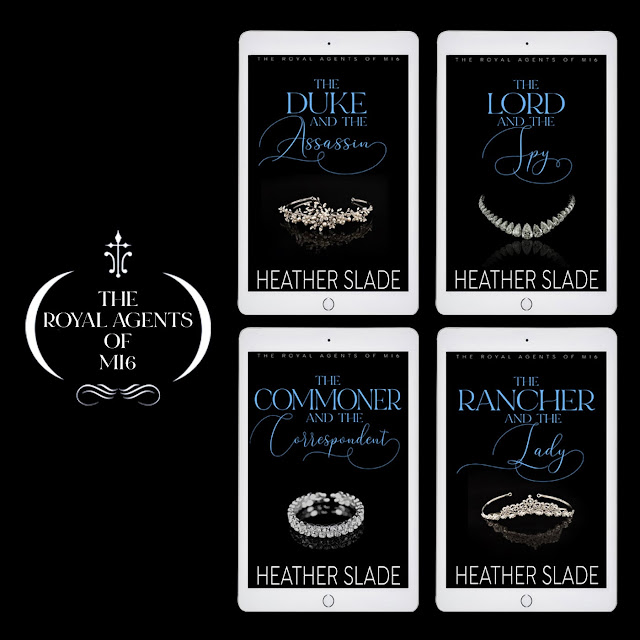 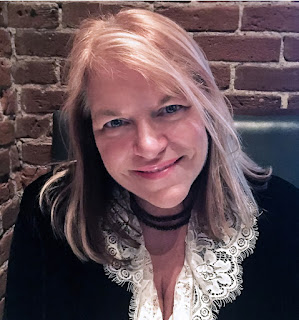 Heather Slade gave herself the gift of writing a book for her own birthday one year. Thirty-plus books later (and counting), she's hit a couple of best-seller lists and has had the time of her life. For Slade, the joy is in the writing, but nothing makes her happier than hearing from a reader who tells her that she's made her laugh or cry or gasp or hold her breath or stay up all night because she can't put one of her books down.
The women she writes are self-confident, strong, with wills of their own, and hearts as big as the Colorado sky. The men are sublimely sexy, seductive alphas who rise to the challenge of capturing the sweet soul of a woman whose heart they'll hold in the palm of their hand forever. Add in a couple of neck-snapping twists and turns, a page-turning mystery, and a swoon-worthy HEA, and you'll be holding one of Slade's books in your hands.
She loves to hear from her readers. You can contact contact her at heather@heatherslade.com
To keep up with Slade's latest news and releases, please visit her website at www.heatherslade.com or click the link below to sign up for her newsletter. 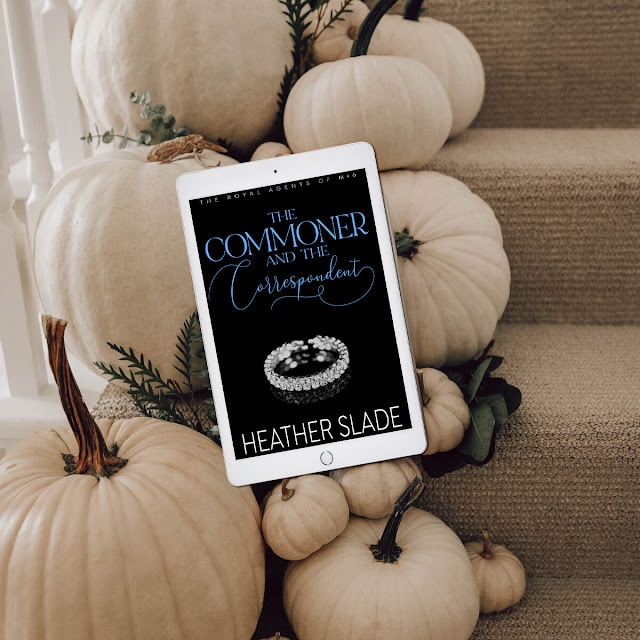