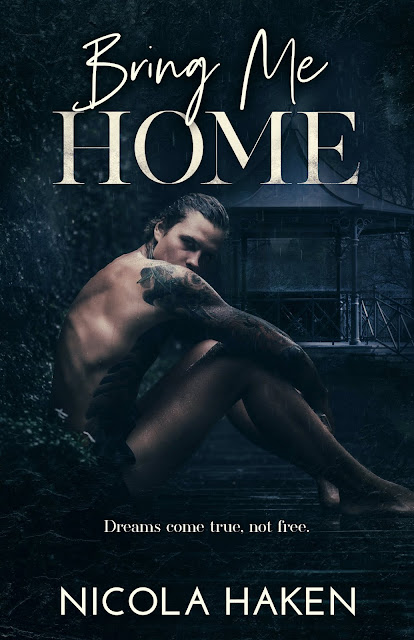 BLURB
Hugo Hayes has it all; the voice, the money, the looks. Adored by fans all over the world, there’s nothing more he could ever wish for. Or so it appears. But no one sees what happens off stage. Nobody knows where he came from, what he goes through, where he’s heading…
Except the girl he left behind. She’ll know. She always did.
Helen Jenkins is starting over. Back on the diet and heading for a career change, it’s time to stop wallowing in the past and give up missing the best friend who traded her in for fame and glory eight years ago. Harder than it sounds when his image and voice seem to follow her wherever she goes…
Harder still when he appears at her front door one rainy spring night.
Hugo is falling. After all these years, will Helen still be prepared to catch him before the inevitable crash? Or has he lost the only home he’s ever known, forever?
ADD TO GOODREADS 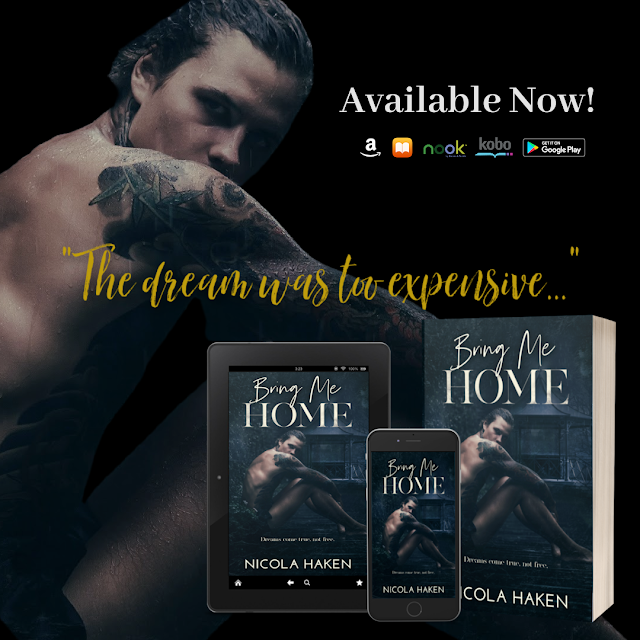 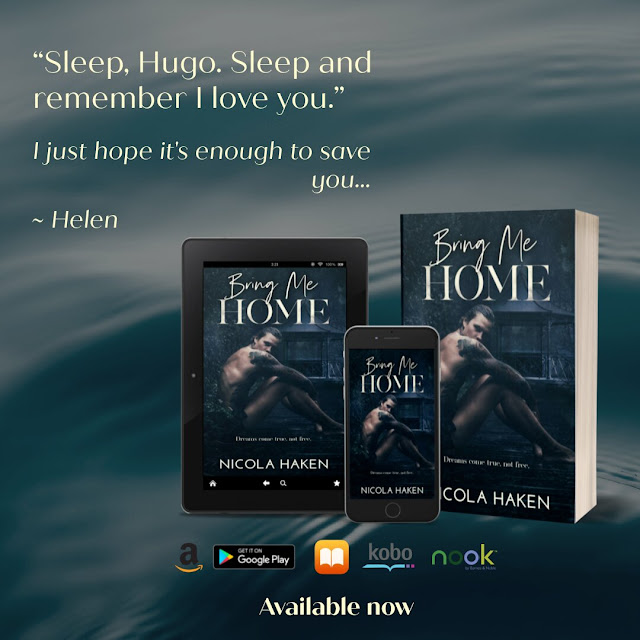 EXCERPT
We had to wait for the cameras to capture an appropriate amount of applause before someone shouted, “Cut!” and when they did, I was outta that chair before the word had finished leaving their mouth. I stormed from the set, ripping the mic pack from my back, eyes focused on my target.
Drew.
He raised his hands in a protective stance, his mouth melting into an apologetic frown.
“Don’t ever do that to me again,” I barked, shoving the mic pack into his chest. I didn’t wait around to listen to his excuses or apologies. I needed out. Out of the studio, out of the heat, the whole fucking building. I barged past crew members, blustered through mazes of corridors lined with framed photos of stars from the various TV shows produced here, until I found a set of exit doors.
The rush of air smacking me in the face as I pushed open the double doors felt like breaking the surface of the ocean. Finally, I could breathe again, after being pinned under water for almost an hour, splashing, screaming, begging, too far from the shore for anyone to notice. Outside, I leaned back against a wall, closed my eyes. I had about a minute before hyperventilation set in and I lost control of my senses.
Breathe, I told myself. One, two, three, four…hold… I inhaled slowly, focused on my diaphragm, the vision of it expanding a little more with every breath. One, two, three, four… Box breathing, a therapist had called it back in my high school days. Belly breathing, said another. Sometimes it worked, if I noticed myself slipping in time. Other times, the anxiety flourished so quickly it retained all the power, leaving me helpless. Scared.
“There you are.” I was vaguely aware of Helen’s voice, but I couldn’t distract myself enough to focus on it. “Hugo?”
One, two, three, four…
“It’s okay, Hugo. I’m right here.”
I heard her footsteps come closer. It made my heart rate spike, the nerves under my skin feel like barbed wire. No. Not Helen. If I couldn’t bear Helen’s touch…where did that leave me?
Alone. Forever.
One, two, three, four…
“It’ll be over soon,” Helen whispered, cupping my cheek.
I felt the muscles freeze inside my body. Nausea tore through my stomach. Irritation tightened my lips. “Get off,” I mouthed, teeth gritted. I felt like a bastard, a useless and selfish motherfucker, but I couldn’t stand it. Her skin on my skin. The sound of her breath. “I’m sorry,” I choked out, because I was. Truly fucking sorry. I loved her…but I couldn’t be near her, couldn’t even look at her. Not yet.
“It’s okay, it’s okay,” she said softly, footsteps retreating. She understood. She fucking understood.
Why? Why was she still here? She deserved better than this.
The end befell eventually. Always did. After what could’ve been several minutes or an hour, a sense of calm encircled me, floated from above like weightless chiffon and moulded itself to my body. Breathing became natural again. I could smell the brine from the canal that ran the length of the studios and beyond. I could hear Helen…and appreciate her.
My eyes peeled open. “Hey.”
She smiled, though her eyes looked heavy. Sad. “Hey.” 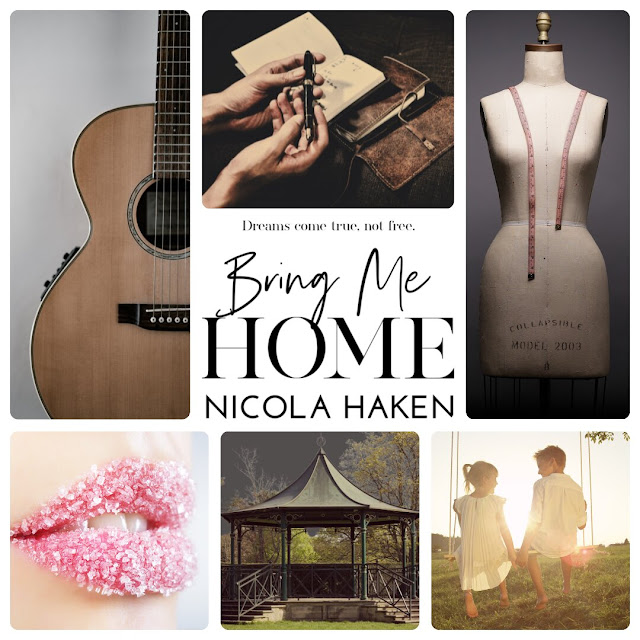 Born in Manchester, England, Nicola Haken is an author of multiple genre-hopping romance novels, including Bring Me Home, Broken, and Goodbye Kate. She lives in Rochdale with her husband, four children, and a menagerie of pets, is addicted to Pepsi Max and chicken nuggets, and wishes Harry Styles was her best friend. Like one of her characters, Hugo Hayes, Nicola is autistic, and has battled with her mental health her entire life – winning every time...eventually. With two of her kids also on the spectrum, life can get pretty…interesting! When she’s not locked in her office playing with her imaginary friends, she can usually be found reading, binge-watching boxsets, or belting out great songs and pretending she doesn’t sound like a cat in distress. Oh, and if the kids ever ask, she moonlights as the Pink Power Ranger while they’re sleeping…
AUTHOR LINKS 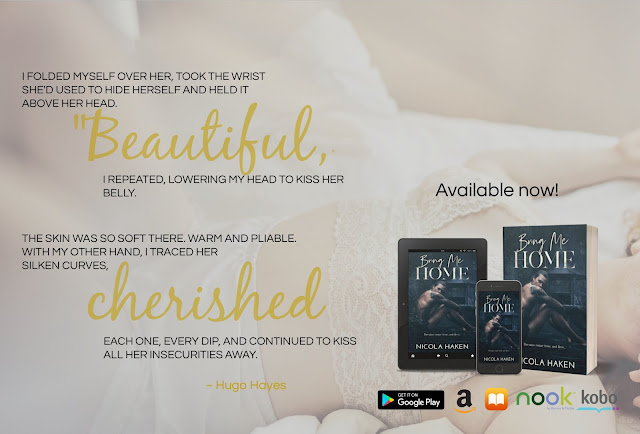