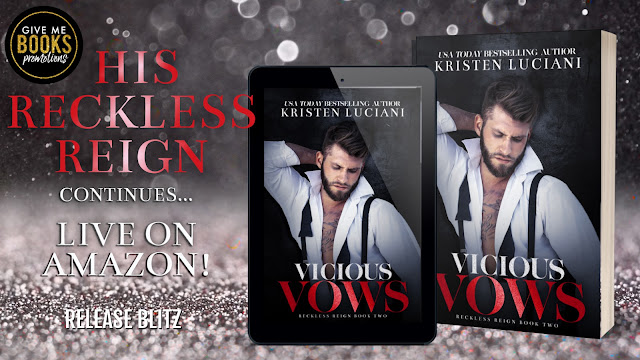 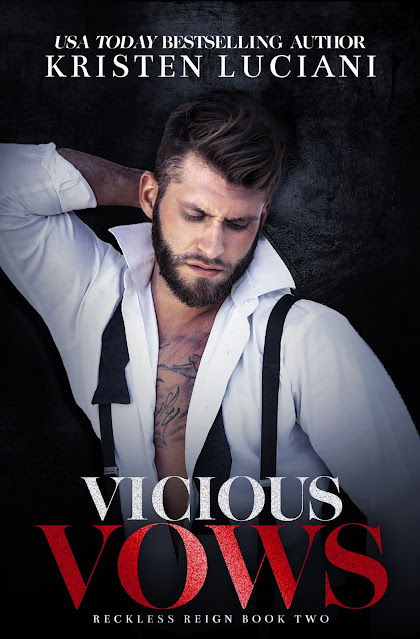 Betrayal can destroy everything we've built...
My fiancé is a tyrant, a monster dipped in gorgeousness with the power to make women melt at his feet.
Including me.
As the newly crowned boss of the Mulligan crime family, he never shows signs of weakness.
Only dominance.
When the sensual beast inside of him roars to life, I am his target.
His release.
He expects me to submit to him, to unleash the darkness buried down deep so he can temper his control in other areas of his life.
His steamy threats make my blood simmer, his strong hands and rough touch make my flesh sizzle.
But while fury powers him, revenge drives him.
And since I'm the only one who can help him control his inner beast by providing an outlet for his darkness, that makes me a very dangerous weapon.
VICIOUS VOWS, the second book in the RECKLESS REIGN series by USA Today Bestselling author Kristen Luciani, is an enemies-to-lovers arranged marriage dark mafia romance. This epic saga follows one couple through a steamy, pulse-pounding trilogy with a guaranteed HEA in book three. It is not a standalone.
Scroll up and one-click to lose yourself in the dangerous and deliciously deviant Irish mafia underworld starring savage alphas and edge-of-your-seat-gripping suspense!
CAUTION: Contains scorching hot bedroom scenes for mature readers only! 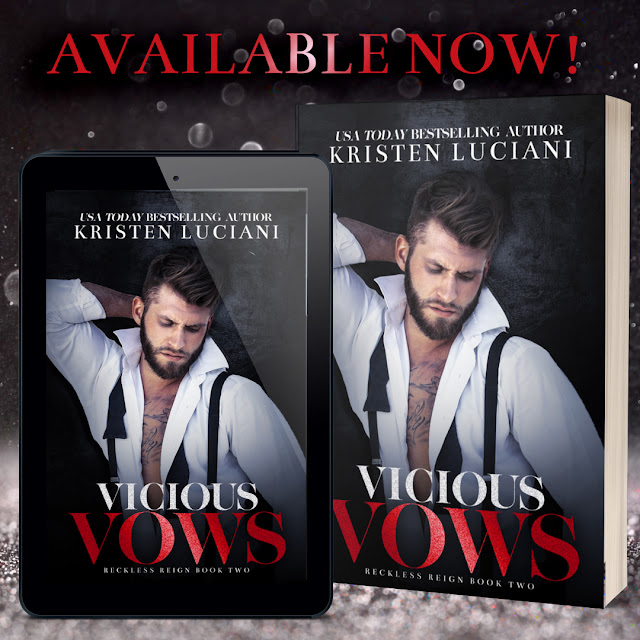 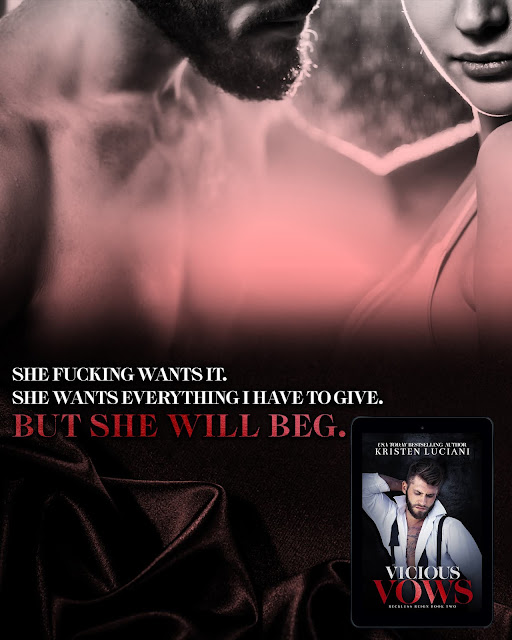 EXCERPT
“Beg me for it.”
She shudders against me, her eyes floating open, a devilish spark glimmering in the depths. “No.”
My breath hitches.
“You know what I’ll do if you don’t beg for it.” The low rumble of my voice seems to spur her on because she nods.
“I’m not begging you for anything.” She’s breathless, but the corners of her lips still quirk upward into a wicked smirk.
“You know what’s gonna happen if you don’t.” The thinly veiled threat hangs in the sex-tinged air. I release her hair and bring a hand to her throat, circling it with my fingers before I drag my palm down the front of her chest only to grip the hem of her shirt and yank it off. I flick open her lacy pink bra and toss it to the floor once I slip it off her shoulders. My gaze drops to her pert breasts, the dark pink nubs tight and hard, beckoning my lips.
She fucking wants it.
She wants everything I have to give.
But she will beg. 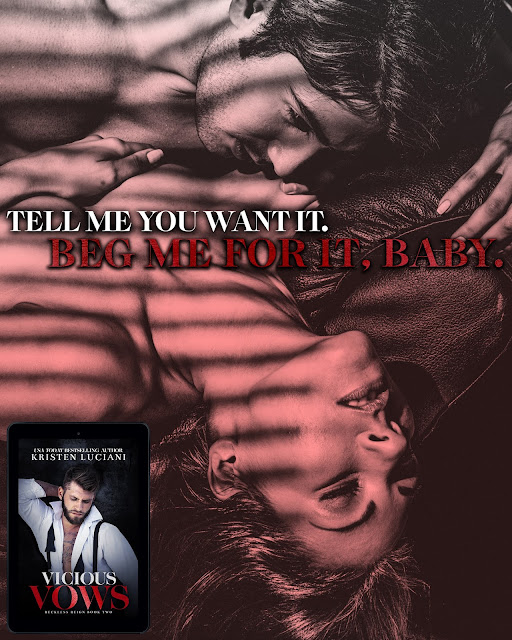 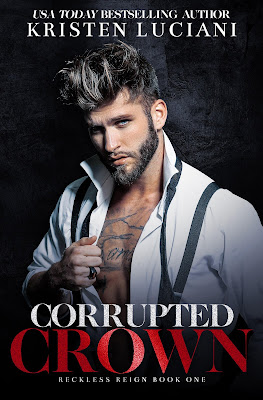 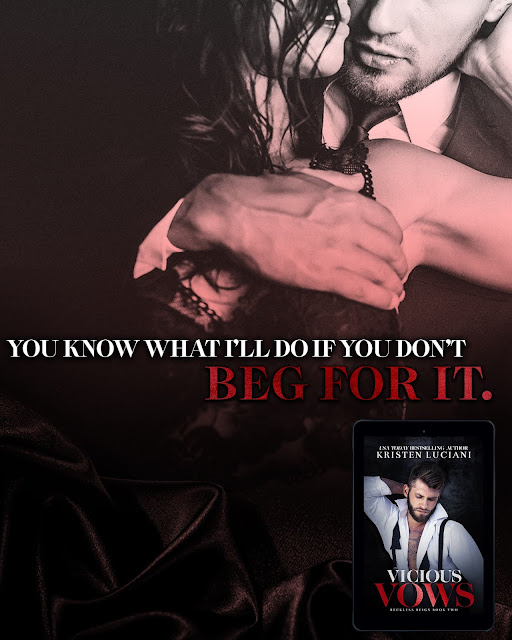 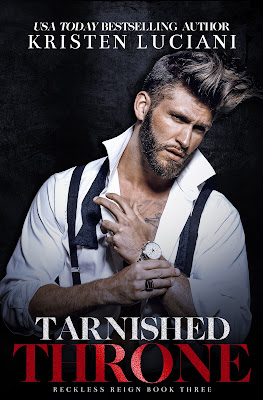 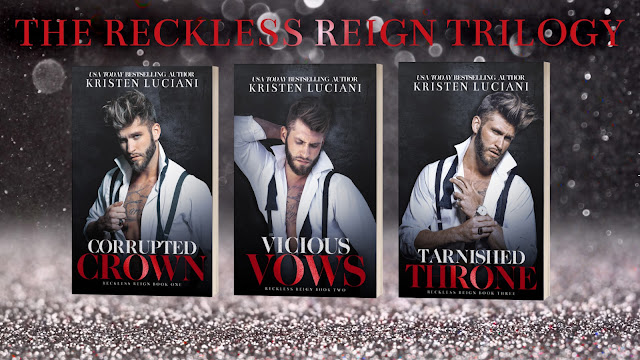 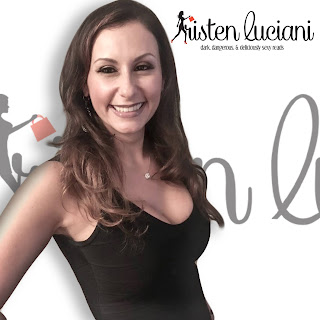 Kristen Luciani is a USA Today bestselling romance author and coach with a penchant for stilettos, kickboxing, and grapefruit martinis. As a deep-rooted romantic who loves steamy, sexy, and suspense-filled stories, she tried her hand at creating a world of enchantment, sensuality, and intrigue, finally uncovering her true passion. Pun intended… 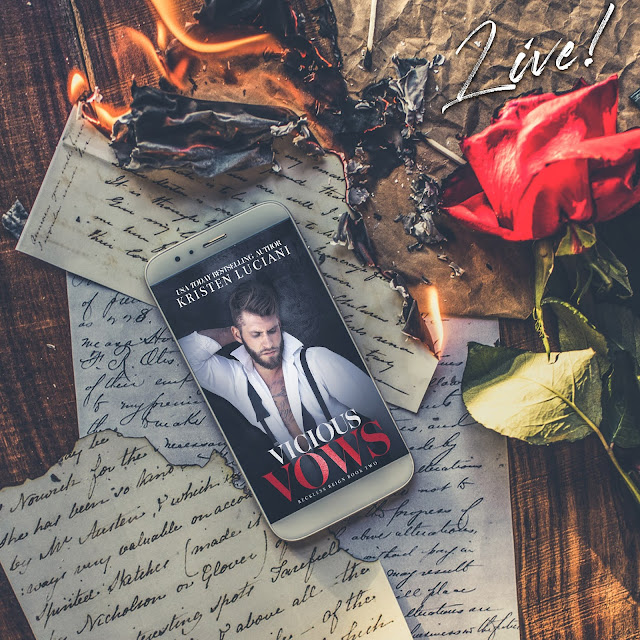